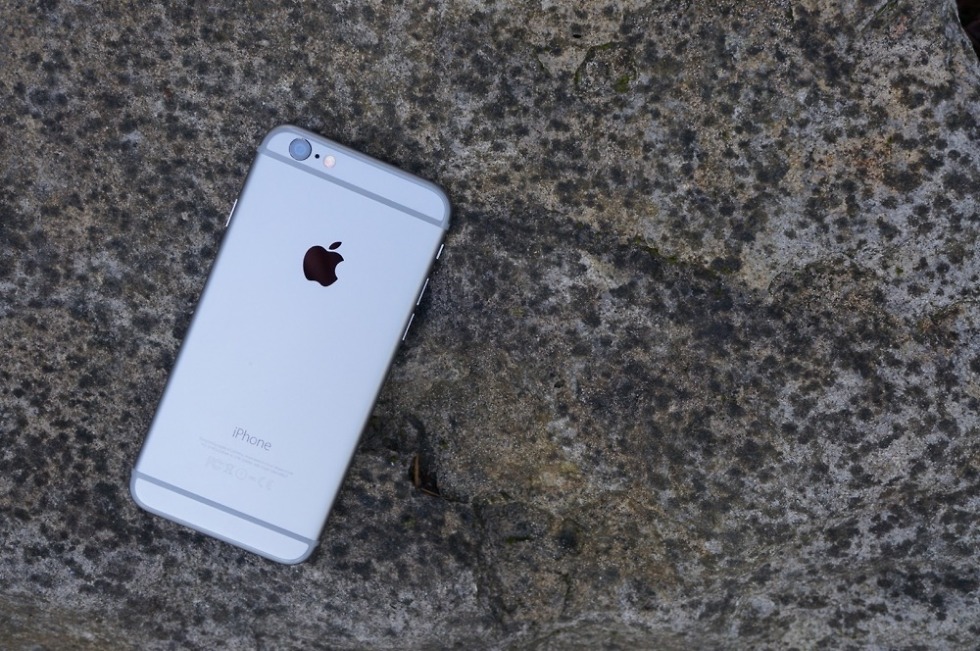 Vic Gundotra, former Google+ mastermind and one-time crafty trash talker to Apple, now likely won’t be caught dead using an Android phone. I say that because Vic took to Facebook this weekend to share a photo of his kids that he recently snapped with his iPhone 7. In that post, Vic talked about how the “end of the DSLR” is pretty much here because phones like the iPhone 7 are so damn good at what they do. But he wasn’t talking about phones in general, he was talking only about the iPhone that Apple makes. In fact, he commented specifically that he “would never use an Android phone for photos!”

Those are somewhat shocking comments coming from a guy who spent years with Google, was around when they created really cool features like Auto Awesome for your photos, and was so into photography that he promised incredible camera experiences on Nexus phones (and never delivered them).

Gundotra explained that the problem with Android cameras is Android. His logic involves something around Android being open source and that it has to be neutral to all parties, which leaves you with Samsung’s “confused and bewildering array of photo options,” like the choice between the Samsung camera and the stock Android camera or Samsung’s Gallery and Google Photos. He then tries to explain that there are issues where API improvements take years to push out to various apps causing innovation to slow. He even suggests that Google was “crushing” these departments a few years ago (when he was there, of course), but has now fallen back. He finishes by saying that if “you truly care about great photography, you own an iPhone.” 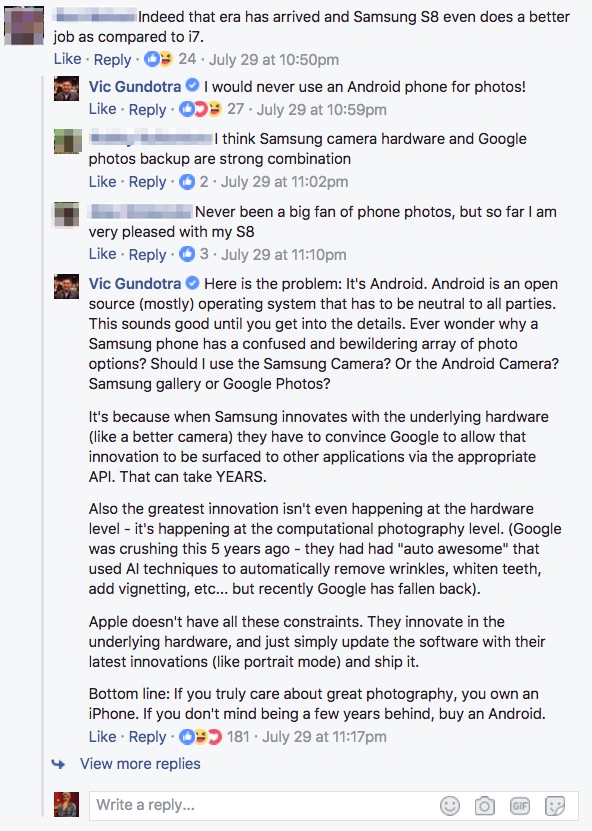 OK, so ummm, this all seems like a load of sh*t. Samsung and Google have pushed out cameras in recent years that rank up there, if not higher than Apple’s cameras. They’ve both had Apple’s depth effect for some time and seem to innovate just fine in these departments. Also, there isn’t confusion over things like the Samsung Camera app and that of Google, because I can’t tell you the last time I fired up a phone and it had more than a single camera app on it. In fact, I’m not sure that’s ever happened. You get the camera app that the manufacturer shipped and optimized – that’s it. If you want another one, you can go find one, but most people likely don’t. As for the confusion over Samsung’s Gallery and Google Photos, yeah that’s kind of annoying, but that doesn’t necessarily have anything to do with the photo you just took other than how you access it.

So it seems Vic’s only real complaint is a suggestion that Android’s cameras suck because maybe Samsung or Google or HTC innovate through hardware which means an API then needs to be pushed to say, Instagram or another camera app or to another phone manufacturer in order for those advantages to be seen. I get that! That’s certainly something of a minor worry. But good lord, Vic, I honestly don’t know that I’ve experienced this type of situation in recent years (it was an issue with Instagram at one point with lower quality images on Android, but that was an Instagram issue). Are we really going full-iPhone fanman because Apple pushed a portrait mode? Like, that’s what you want to base your iPhone camera vs. Android camera argument on?