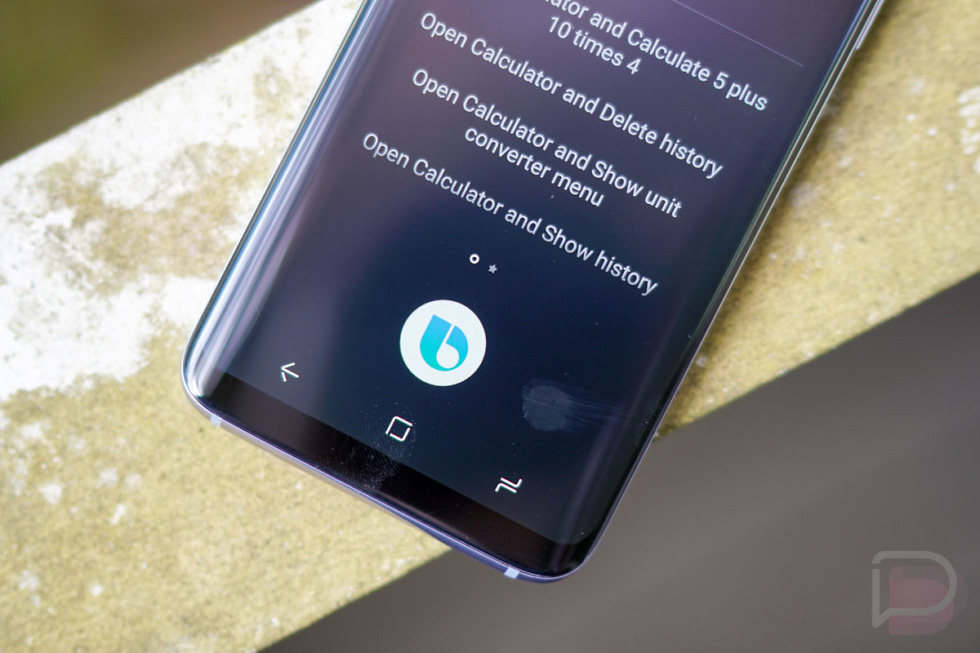 Bixby received another update this week that adds voice controls to three additional apps: Google Play, Pandora, and Yelp. With this Bixby Voice and Home update and access to those apps, you can perform new voice tasks like installing apps, finding nearby coffee shops, or playing favorite artists or setting sleep timers.

So far, the Google Play support is pretty limited to just searching for apps or downloading them. However, I did ask to to “Open Google Play store and install Spotify Music,” and it did just that without the need to touch a button. So that’s pretty cool.

As for Yelp and Pandora, the lists of commands are quite extensive. But as I mentioned above, you’ll be able to say “Open Yelp,” or “Open Pandora,” and then related commands. An example for Yelp would be, “Open Yelp and find best Thai restaurant in San Francisco.” An option for Pandora would be, “Open Pandora Music and play the Today’s Hits station.” You get the idea.

The Bixby updates are to Bixby Home (v1.9.41.3) and Bixby Voice (v1.0.05.6). By opening up Bixby, you should be prompted to download them, assuming you are in the early access program.

If you aren’t already in the Bixby Voice early access program, you can find details at this post.