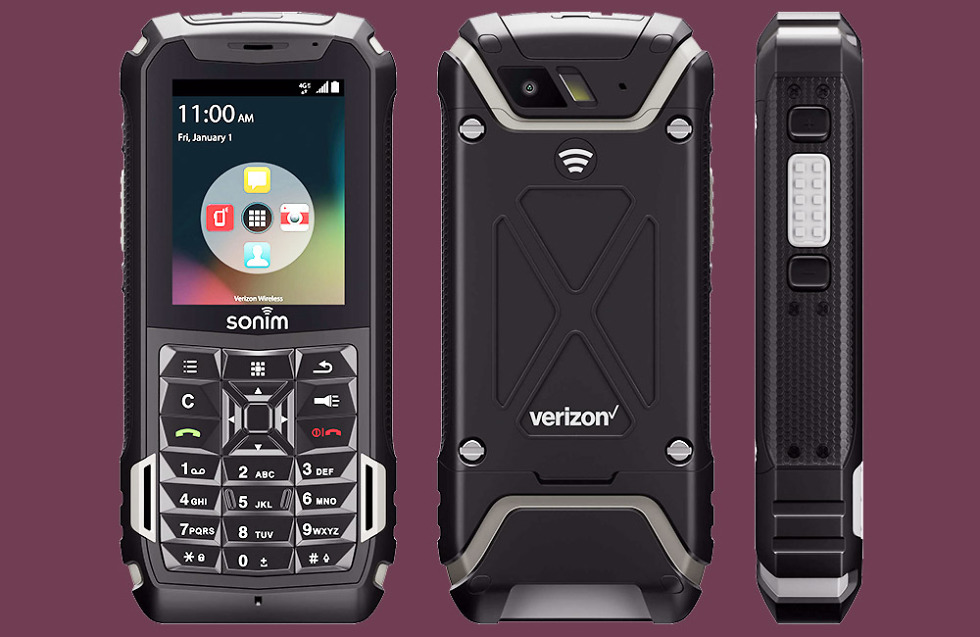 Check this thing out. It meets the military standard 810G spec for toughness. It’s also water and dust resistant at IP68 and IP69. It has dual front speakers that get extra-loud at up to 104dB. It has a dedicated push-to-talk button, should you know someone else with a Sonim XP5. And it even features a 3-year warranty against accidental damage. It’s tough enough, that you may not ever need that, though.

On top of that rugged goodness, it runs a Snapdragon 400 processor (a feature phone!) and has 1GB RAM and 4GB storage. It even comes with a damn screwdriver in the box, because that’s how you open this bad boy up. Oh, and as a bonus, you get to re-live the Jelly Bean wallpaper out of the box.

It’s not the cheapest of phones. It will cost you $14 per month for two years or $336 at full retail. That’s close to Moto Z2 Play pricing. But would you be a boss with the Z2 Play? Maybe not.

UPDATE: Wait a minute, AT&T began selling this thing two years ago? Come on, Verizon, you can’t do that. I guess they updated it with the Jelly Bean wallpaper and thought it was new? Move along.