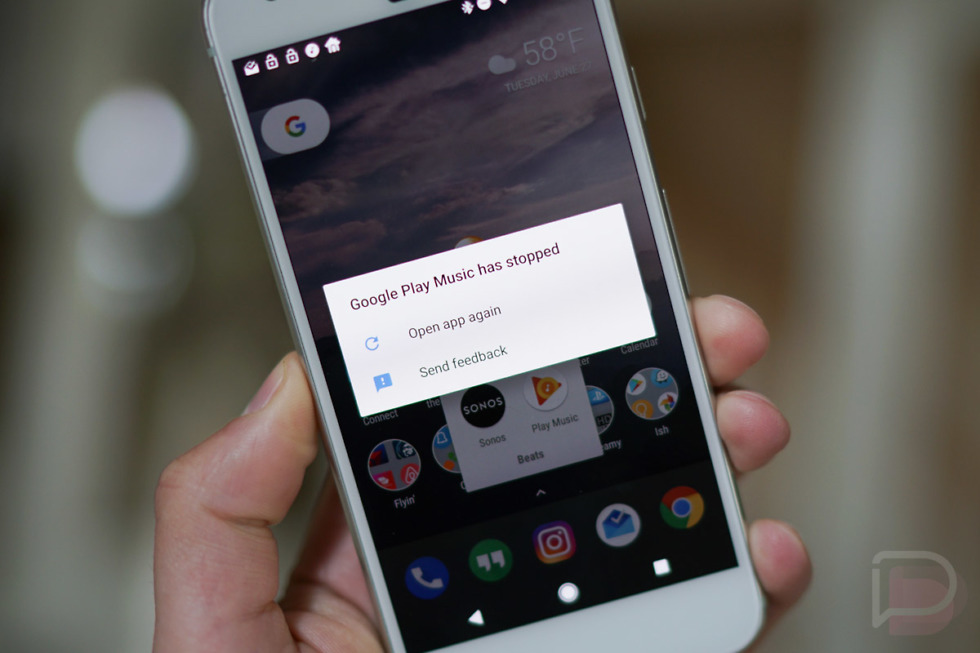 Is your Google Play Music app crashing every time you open it today? You can thank the latest update to the app on Android for that. Version 7.9.4920 began rolling out overnight and is causing all sorts of issues today.

From what we can tell, the app works fine when you aren’t paired to another device over Bluetooth. But should you pair to a media device to stream Play Music over Bluetooth, the app rolls into a crashing loop with the message “Google Play Music has stopped.” It sucks, to put it plainly.

We have yet to see a fix from Google, so for now, you are out of luck if you need to stream your music collection over Bluetooth. You can always try force stopping the app or turning Bluetooth off and on in between reboots. You could even attempt to uninstall the latest update and then sideload an older version.

We’ll let you know if a fix arrives.

UPDATE: An update is rolling out already as version 7.9.4921. This should fix the Bluetooth crashing issue. Let us know if you aren’t seeing it.