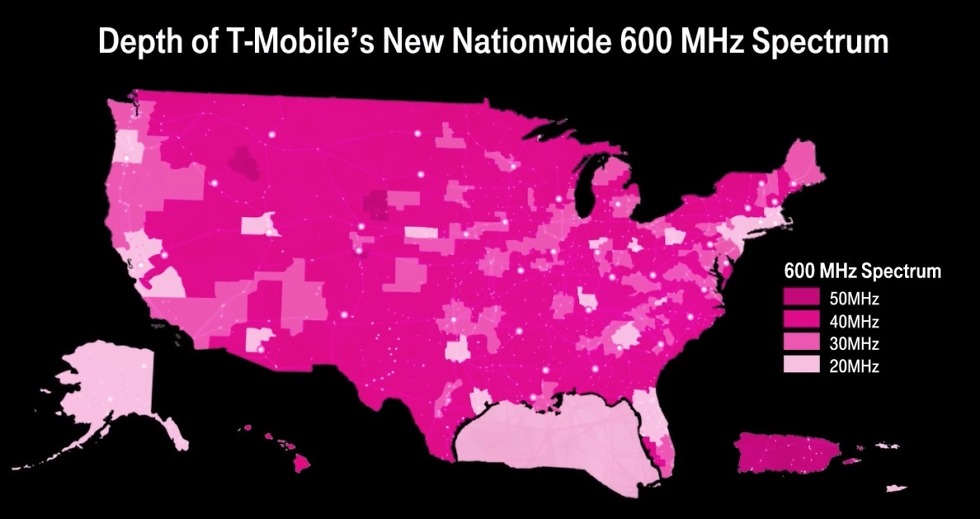 Back in April, T-Mobile purchased what it called the “mother lode” of 600MHz low-band spectrum, the type of spectrum that should greatly improve its network and help it expand into new markets. Today, the wireless carrier announced that it will begin testing portions of it as early as this summer, which is ahead of their initial schedule. That could mean commercial operations before the end of the year.

With this new spectrum up and running, T-Mobile customers will see better connections while in buildings, but there should also be better range from a tower. T-Mobile expects more than 1 million square miles to be covered by 600MHz spectrum in 2017.

Of course, a shiny new network isn’t worth much if nothing can run on it, so T-Mobile is preparing for the arrival of compatible phones before the end of the year. They specifically called out Samsung in today’s announcement, but there could be additional devices. For those who have been following the industry for some time, I think you know which phone from Samsung they are talking about. It’s gotta be the Galaxy Note 8, right?

This really is a chance for T-Mobile to stop suggesting it’s network is up there with Verizon’s and actually prove it.