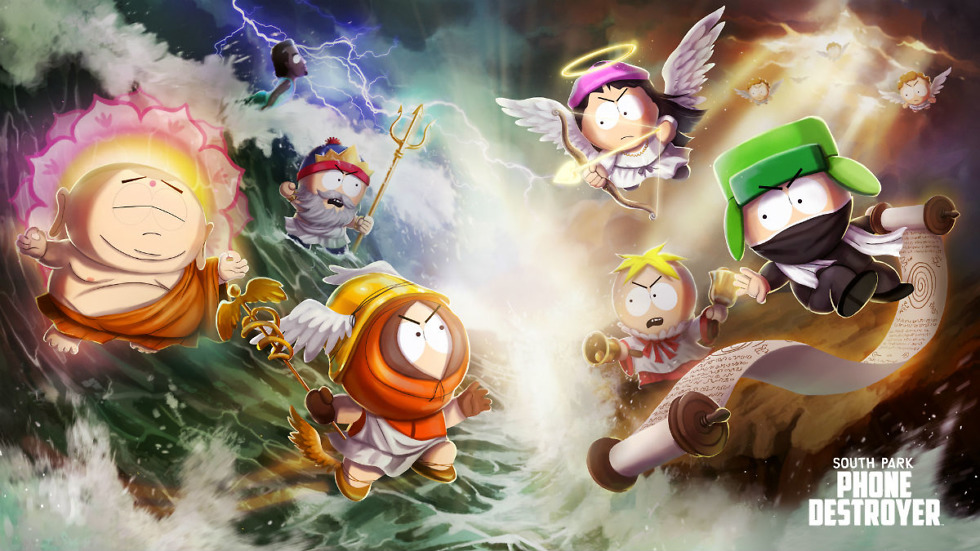 Developed by Ubisoft studio RedLynx, the game is a card-collecting RPG with real-time strategy, but also a Multiplayer aspect, too. When playing, you will unlock card characters, each featuring different skills that will serve you in battle. The best players will learn which cards play well together, forming a team that can take on all opponents.

Upgrading and learning to use said cards strategically will be key to competing at the next level, which would be the real-time Multiplayer mode. According to the press release, “In PvP (player vs. player) combat challenges, your skills and knowledge will be needed to defeat opponents in order to rise up the global multiplayer ranks.”

Given this is South Park, you’ll find all of your favorite characters from the show, as well as actual character voiceovers from Trey Parker and Matt Stone.

Once this game launches in Google Play, we’ll let you know.

Hey, New Kid! We need you to come play with us. AND BRING YOUR PHONE! South Park: Phone Destroyer™ is coming to mobile! pic.twitter.com/7xMsjx7p61