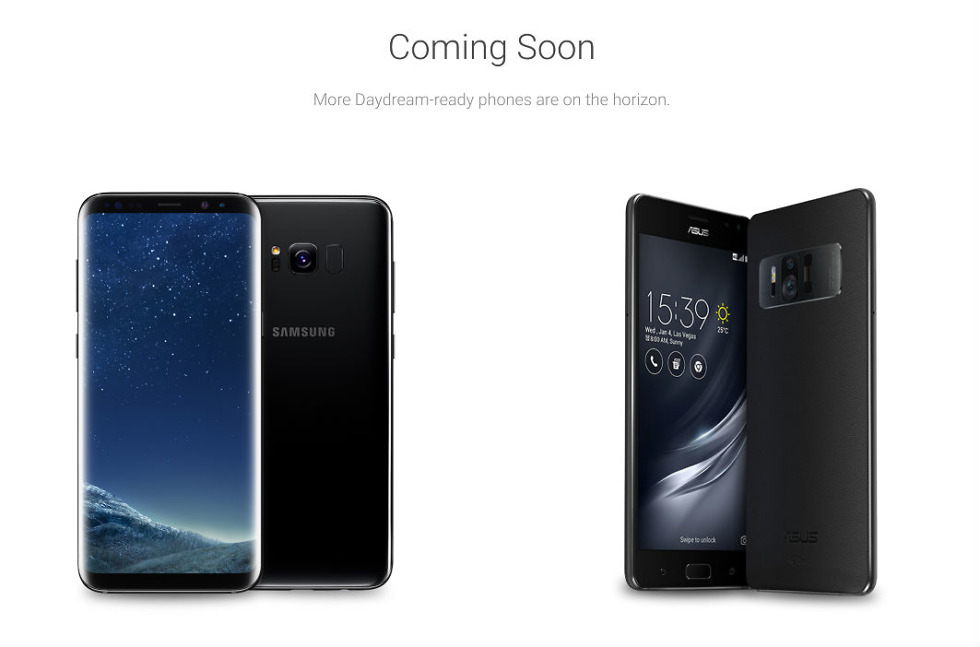 Via an update that will come this summer, the Samsung Galaxy S8 and Galaxy S8+ will soon support Google’s Daydream VR.

Once the device receives support, all you’ll need is a Daydream View headset, available on the Google Store for $79.

Additionally, Google states that LG’s next flagship device will also support Daydream, available in the second half of the year. Our guess is that will be the V30, but keep in mind that nothing is yet known about LG’s future plans. With these devices added to the list of supported phones, there will be 11 different devices to choose from for your Daydream needs.