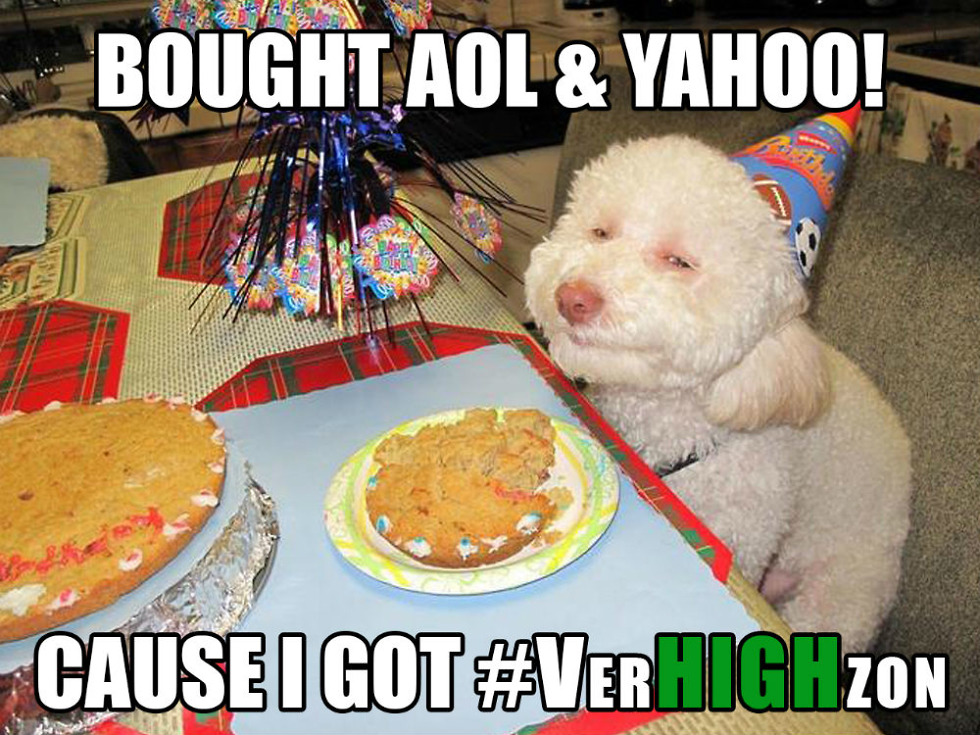 It’s 4/20, so you’ve probably seen an influx of marijuana stories making the rounds. One in particular that has caught our attention is from T-Mobile, who is having a bit of pun fun at Verizon’s expense on this stoner holiday.

To sum it up, T-Mobile can’t stop themselves from bringing up customer migration numbers, the billions of dollars Verizon has spent on seemingly worthless entities, and Magenta’s recent killing at the spectrum auction.

Poking a bit of fun, T-Mobile has inserted “HIGH” into Verizon, making it VerHIGHzon. Couple that with the song “Because I Got High” by Afroman and you’re left with a schoolyard insult game that Verizon likely won’t stoop to. Not that I care, but I’d imagine Verizon has more important things to do on 4/20. Being the biggest carrier in the US is probably stressful, you know?

What follows are a few of T-Mobile’s more clever uses of the word.

Some are funny, some are pretty bad.

Whether you find them funny or not, T-Mobile’s marketing team probably had a blast making them, and that dog with the birthday hat sure does seem to be enjoying himself.