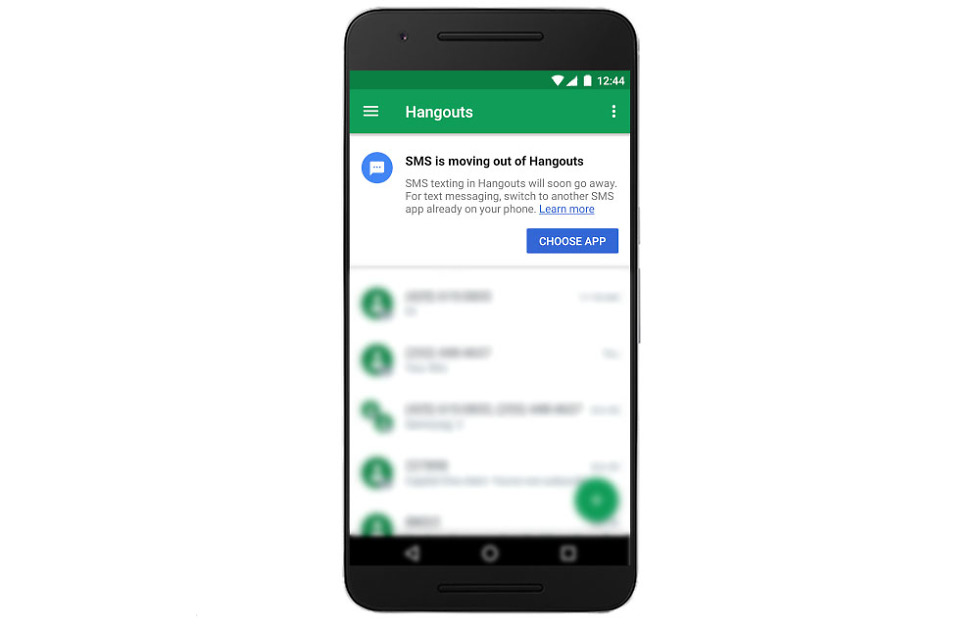 After a surprise announcement made its way onto reddit last night, Google has spent a good chunk of the morning doing plenty of clarifying over what’s actually happening with Hangouts and SMS integration. To be clear, though, last night’s information is 100% correct and SMS within Hangouts is going away for most people, but Google has post in a variety of its product forums today to help answer any questions Google Voice, Project Fi, and general Hangouts users might have.

Below, we’ve done our best to compile the important stuff.

1. Hangouts will lose SMS integration on May 22, 2017 (for the most part, depending on a handful of factors). Folks who use Hangouts for SMS with a carrier phone number (not a Google Voice or Project Fi number) will have to choose a new SMS app by that day. If you haven’t chosen an app by that day, Google will switch your default SMS app to another that is already on your phone. Yes, you are being forced to use another app for SMS by May 22.

2. Will Google remind me about the change? Yes, you’ll see a notification within Hangouts letting you know that SMS is going away and you’ll need to find a new app. It looks like the image at the top of this post.

3. Streamlining: Google says that SMS leaving Hangouts is a streamlining effort that further enforces their commitment to Hangouts as an enterprise app. Whether you agree with the direction doesn’t matter at this point, because that’s what we’ve got coming. Google wants users to use Android Messages for SMS (or any other SMS app that isn’t Hangouts).

5. Project Fi users: You aren’t affected by this change either.

As I mentioned, Google has posted info about the upcoming change to a variety of its product forums. If the five bullets above don’t answer the questions you have, be sure to find the correct link below and you should be able to find them.