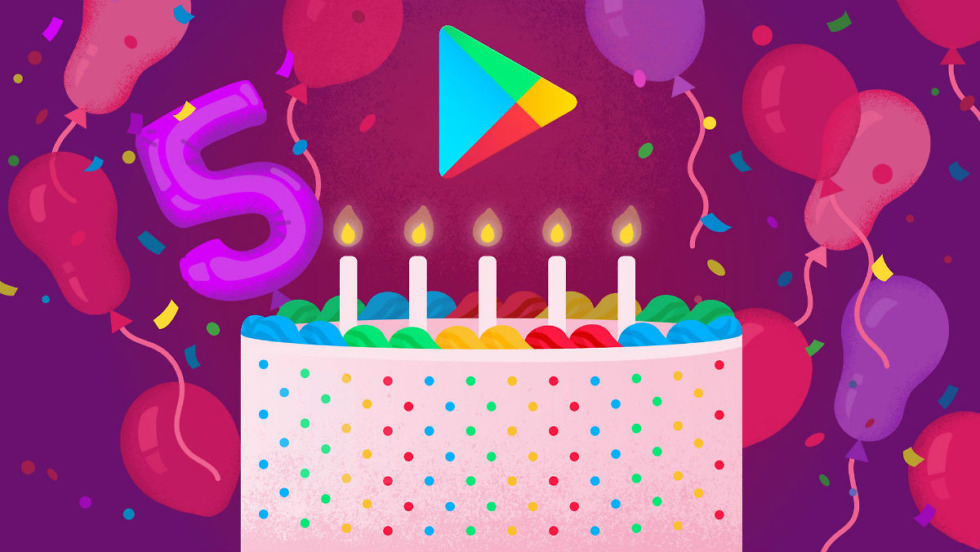 It really only seems like yesterday when Google announced that Android Market was turning into Google Play. I specifically recall many criticizing the change, but now here we are, five years later and Google Play is celebrating its fifth birthday.

In a blog post highlighting the birthday, Google writes, “In five years, we’ve grown to more than 1 billion active users in 190 countries. And with millions of apps, 40 million songs, 5 million books, and more movies than ever, there’s so much to explore.”

Anyway, as a look back, Google also provided various lists for the Top 5 in each category: Top Installed Games, Top Installed Apps, Top Selling Songs, Movies, Books, and Albums. Sadly, it doesn’t look like we’re getting any $0.05 app or movie deals quite yet. C’mon, Google, show the love!