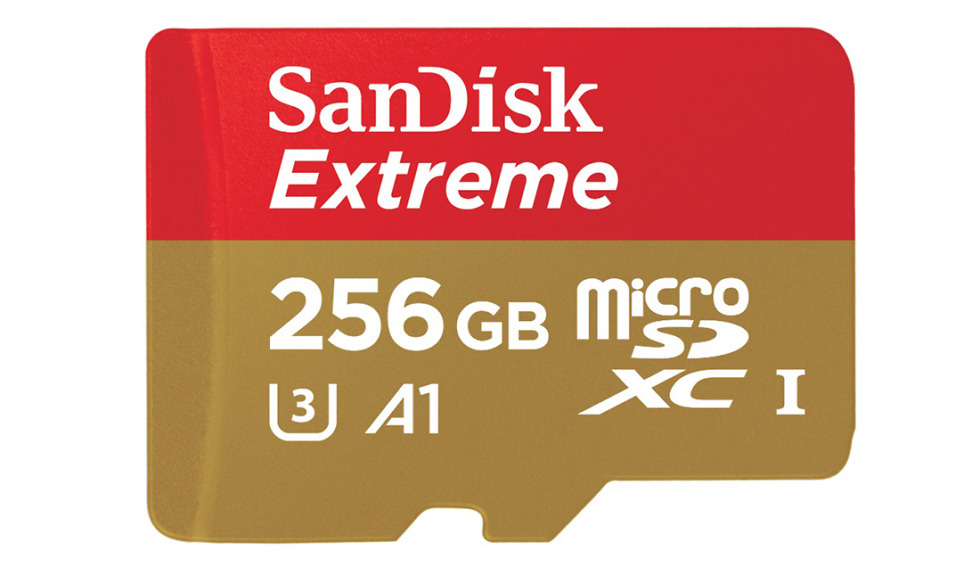 In January, SanDisk introduced us to one of the first A1 rated microSD cards, the Ultra 256GB beast of a card that’s A1 rating meant it was able to run apps properly. Today, SanDisk is taking their 256GB offering up a notch by introducing the Extreme version of the same card.

With the new Extreme 256GB A1 rated card, you get transfer speeds of up to 100MB/s, instead of the 95MB/s we saw in the previous card. The big deal is the A1 Application Performance Class rating, though, as the card should work quite well for those who wish to take advantage of Android’s Adoptable Storage. This card was built to run apps and will probably be a great match for your new LG G6 or Galaxy S8.

The new Extreme 256GB microSD card from SanDisk will cost $199.99 when it arrives in March. If you need a 256GB A1 rated card today, you can order the Ultra 256GB from SanDisk over at Amazon for a newly discounted price of $149.99.