We are supposedly one day away from the launch of Android Wear 2.0, and with that, it’s possible we will be seeing a few new smartwatches from the list of various manufacturers. Recently detailed by @evleaks, it appears ZTE is ready to enter the Android Wear arena, soon to the hit the market with the Quartz.

According to a report from Venture Beat, the Quartz’s specifications aren’t known quite yet, but thanks to a previous stop for Bluetooth SIG, it’s believed the device features both WiFi and cellular connectivity.

From what we can see in the image of the reported smartwatch below, we have a metallic casing, coupled with what looks to be a silicone band. We also have a button at the 2 o’clock position, probably for interacting with apps and device functions.

To hypebeast just a tad, since it doesn’t appear that the ZTE Quartz is launching anytime too soon, the date shown on the watch’s face is May 31. Is that just a placeholder date for the render? A potential date of significance? Who knows! 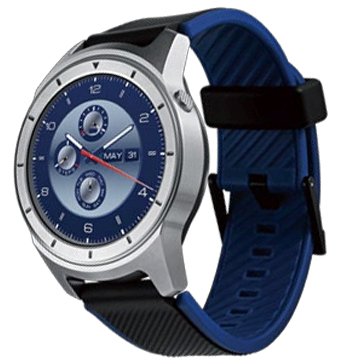