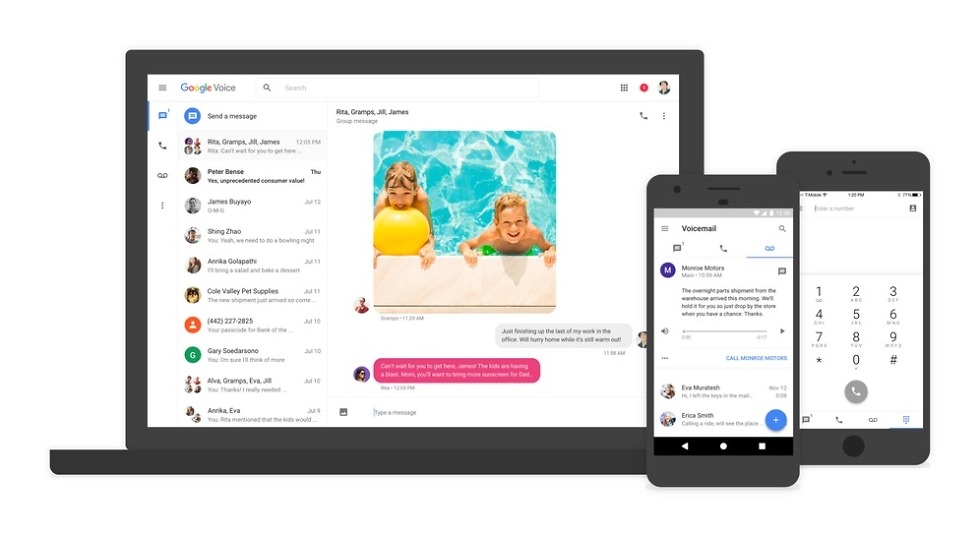 Big time updates (first big ones in five years) for Google Voice are arriving as early as today on all platforms, Google just announced. We first learned of incoming updates a couple of weeks back, thanks to a teaser notification in the Google Voice web portal, but Google wasn’t ready to reveal anything at the time. Well, now they are, so here we go!

Google is updating Voice on Android, iOS, and the web to a “cleaner, more intuitive design that keeps everything organized.” It’s a new column-styled layout with tabs for messages, calls, and voicemails. Conversations should actually take on a modern continuous thread look, plus Google tossed in actual support for group and photo MMS (in-notification replies too). Google notes that voicemail transcription in Spanish is arriving as well.

Google plans to introduce even more updates and features to Google Voice over time, which is them saying that the Hangouts and Voice merger failed and you should probably consider getting yourself back on Voice only. Maybe.

Either way, the updates are rolling out as early as today, but they will likely be staged. If you got that update, hit us up in the comments with an .apk. 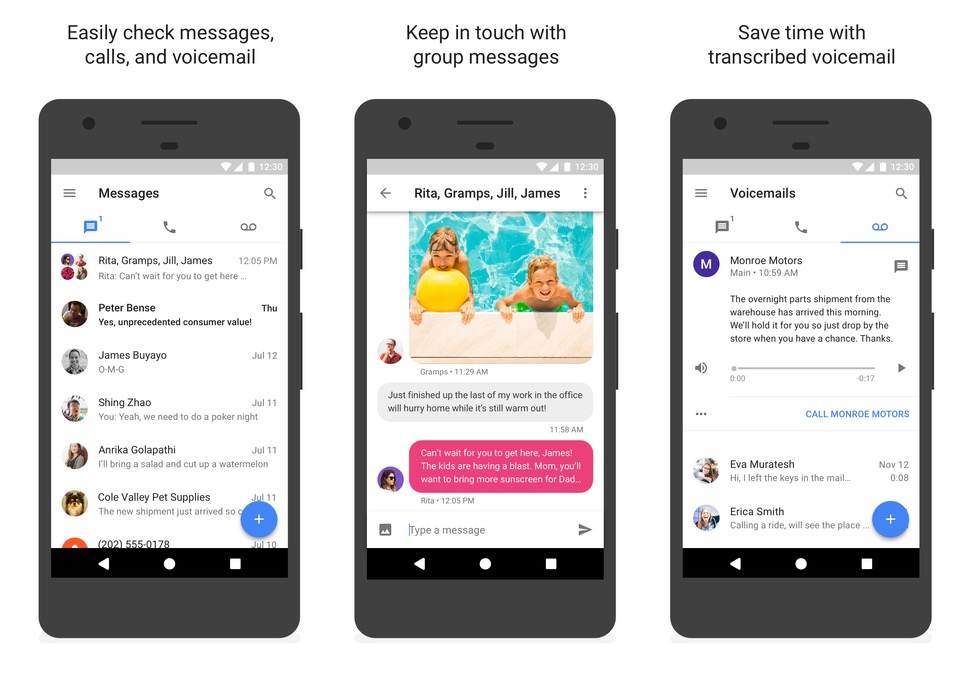