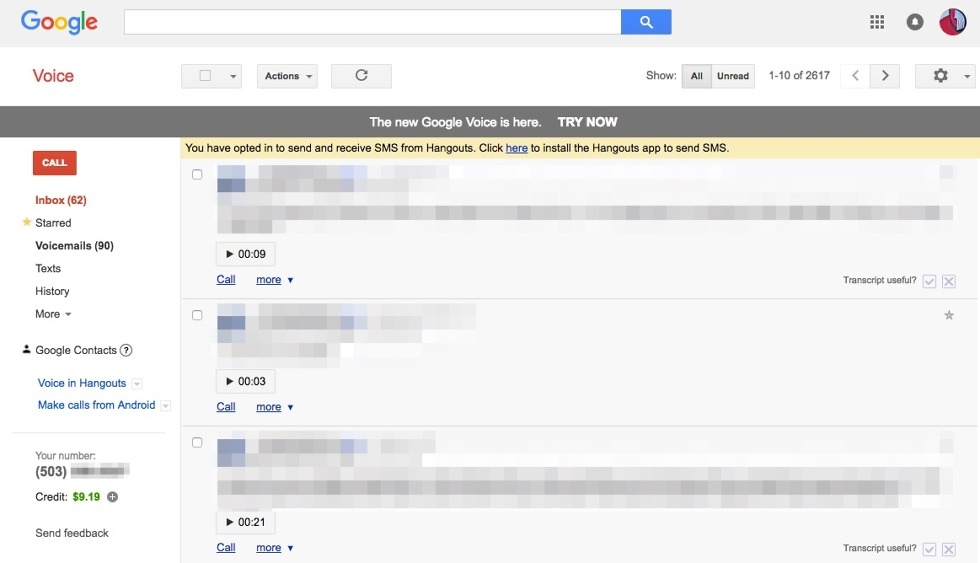 Oh boy, are we about to be treated to a new Google Voice? Maybe!

A handful of Google Voice users (including me) are seeing a new banner at the top of our Voice accounts on the web that reads, “The new Google Voice is here.” That note is followed up with a link to “TRY NOW.”

At this point, clicking the “TRY NOW” link only refreshes the page and returns us all to the same spot in the current UI. In other words, we aren’t seeing a new Google Voice, possibly because Google has yet to flip the switch on a new UI or experience. We don’t know for sure, though, but this banner is most certainly new.

It has been years since Google Voice received a major update, so assuming Google plans to keep it around for a while, a major update is probably needed. The Android app experience is quite awful, to put it lightly. And after all, now that Google has backed further and further away from Hangouts, you have to wonder if Google Voice is about to see a refresh that pulls it back into its own world.

We’ll update you as we see or learn more.

UPDATE: Google has confirmed to The Verge that updates to Google Voice are coming. With that said, they didn’t put any sort of timeframe on releasing those updates, only stating that they would share the goodies with us “as soon as [they] can.”