We have gathered your questions from over the course of this week and are ready to provide you with our answers for Volume 44 of the DL Q&A Sessions. Y’all submitted a ton of great questions, ranging in topic from where we get our tech-related news, who will win the IoT race, what we expect to see from Google’s “flagship” watches in 2017, and much more.

In case you’ve never seen one of these, the Q&A Sessions is your chance to ask us, DL, whatever is on your mind. It can be Android-related or about anything else you would like. Want to talk sports, beer, or love advice? We can answer all of that!

Where do you go for other tech news and reviews (not Android)?

K:  Mostly just YouTube. If I want to know more about a product, it’s so easy to find dozens of reviews from regular people on there that often look at the same things I do or answer questions I may have had. The Wirecutter is also fantastic if you are looking for in-depth reviews on just about anything you are considering buying.

T:  If I’m researching a potential purchase, I usually head to YouTube first. Whatever I’m looking for, I will slap it into the search bar and toss “review” at the end. As long as the YouTuber doesn’t mention they’re being paid to advertise the product, I’ll take what they say seriously. We’ve found lots of good stuff thanks to YouTubers, like camera lenses and different tripods. Lots of good info on there!

Who do you think will win the race in the smart home & IoT competition?

K:  I actually think we’ll get to a point where everything just works no matter what your platform is. What I mean is that the smart home product makers, the guys who build light bulbs or thermostats or cameras, they’ll have to make everything work with Amazon’s Alexa, Google Home, and Apple’s HomeKit, in order to succeed. I can’t see where a whole bunch of companies tell Google to “F” off because they are only doing Apple. Maybe that’s too optimistic though.

T:  In a perfect world, I’d have a standard created by a group of companies, all investing into the same ecosystem. We currently have something sorta like that, with products from different companies working together, but there’s still areas that can improve. For example, my ecobee thermostat works with Apple’s HomeKit, but not any of Google’s stuff. As a consumer, it’s annoying that you constantly have to ensure your future purchases work together. To answer your question, I feel that Google and Amazon are poised well to dominate the space. 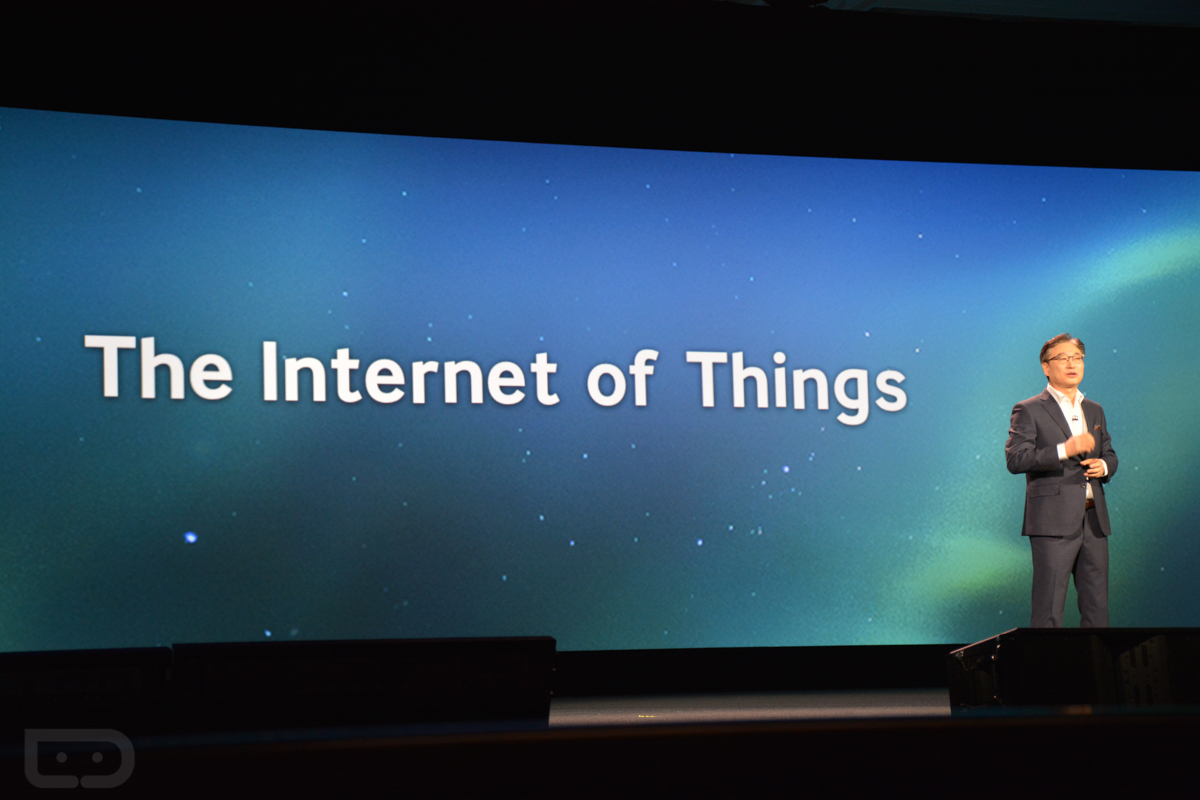 What are you hoping to see with Google’s flagship smartwatches this year?

K:  I really just wish they would figure out battery life. They won’t because battery tech sucks, but that’s the thing that really drives me nuts about smartwatches – the charging every day part. Other than that, I just hope the watches are minimal, silver or a more subtle brushed metal, and aren’t huge. I’m fine with Android Wear (I wear my TAG Connected quite a bit), but I don’t want the watches to look terrible, like most do.

T:  I’m not overly excited for any of it. While I think it’s cool, Android Wear has not been something to consistently have a place on my wrist. I just don’t see myself needing it. There are plenty of people who can benefit from a smartwatch, though. However, if Google does want to excite me, give me a watch I don’t have to recharge every single night, and don’t tout one’s ability to draw text or emoji on a tiny-ass display. That’s not cool, that’s stupid. Give me premium materials, too. I miss the Horween leather days of old. Ugh, there I go getting depressed thinking about Moto again.

What do you think the next trend in mobile tech should be?

K:  I think Google and Samsung want it to be VR. Apple seems to have hinted more at AR. I just think I’d like to see our phones be more than app controllers that do email and text and take pictures. My vision for a phone is a piece of tech that is the ultimate hub for controlling my life. We are getting there because of the tie-in to things like Google Home. But I just think it could all be more seamless.

T:  While huge innovations are taking place in the realm of quick charging, I just want batteries that last longer. More importantly, I would also like to see advancement in the recycling of smart devices, with a lot of waste being created from our gluttonous tendencies to consume technology and discard it once it is deemed “old.” Not to get all hippy dippy, but we’ve only got one Earth, so I’d appreciate keeping it nice and clean for future generations. Long story short, advance programs that improve the recycling of technology. 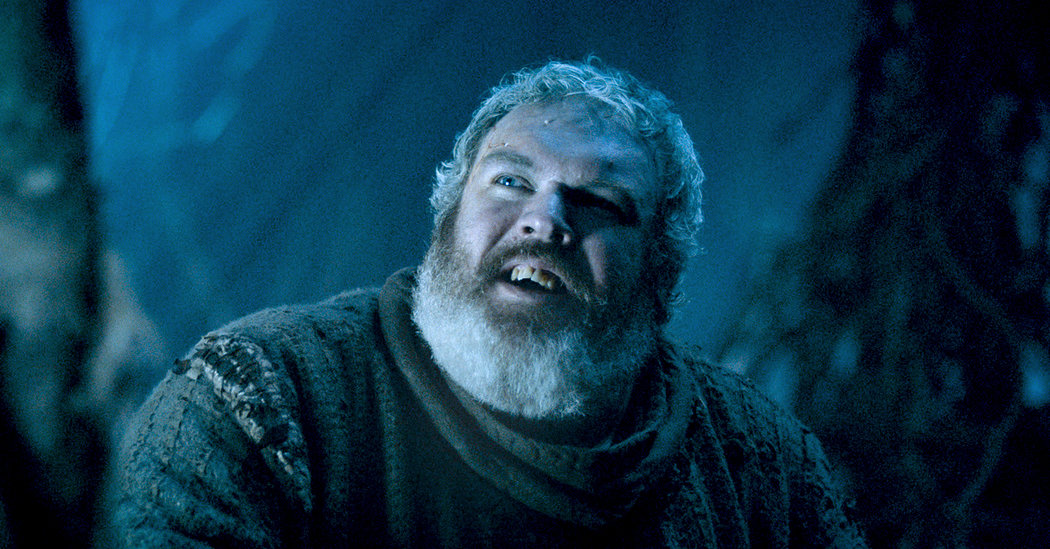 Who’s your favorite character on Game of Thrones (living or not)?

K:  Sandor Clegane, aka The Hound. Dude is so mean, yet so loving, all while chopping people’s heads off. He went from being one of the most evil characters, to this giant teddy bear over night, but if he needs to crush someone’s skull, he will.

T:  Impossible question. Each episode it was someone new, so this is really tough. If I had to name one character, though, I guess it’d have to be Jon Snow. I mean, he’s sorta important and awesome. I also love, love, loved Hodor. And all of the Direwolves, they’re awesome.

What does the future hold for Google Home? Will it ever beat Amazon Echo?

K:  I sure hope it continues to compete. It plays better with all of the services I use than Echo does. Amazon has such a head start, though, that it’s going to take a while. Plus, Google needs to get to improving it already. For example, I still can’t have Home set a reminder. That’s some basic sh*t that should have been there from day 1. Forget casting dumb YouTube trailers to a TV – I want to set a reminder.

T:  It’s young, give it time. Google is currently playing catch up and is likely working with countless developers and 3rd-party companies to improve the offering. It’s already pretty solid, so I’d imagine it will only get better over time. That stuff takes a while, though. Now, do I think it will ever beat Echo? It’s possible, but in my mind, the hardware offering from Amazon seems much more robust. For example, Alexa heard me much better than Google Home. Whether that’s a software or hardware thing, who knows, but Echo seems to have much better mic technology onboard. Echo is louder, too. At the end of the day, most importantly, Home has access to Google Play Music. Instant winner for me.

What is your New Years resolution?

K:  Don’t think I’ve ever set one. I have goals that continue every year, like keep running, try not to get too fat, continue drinking great beer, and plan some actual vacations in warm places (rarely happens).

T:  I’m attempting to walk my dogs even more than I already did, which sucks. They’re big monsters and all they want to do is pull, sniff, and pee on every bush/tree/rock they see. It’s pretty rough. That was my personal resolution. For work, my goal is to create better video content, such as phone reviews. I had a lot of fun creating the last ones, so I just want to improve on that front and deliver excellent, fun to watch content. 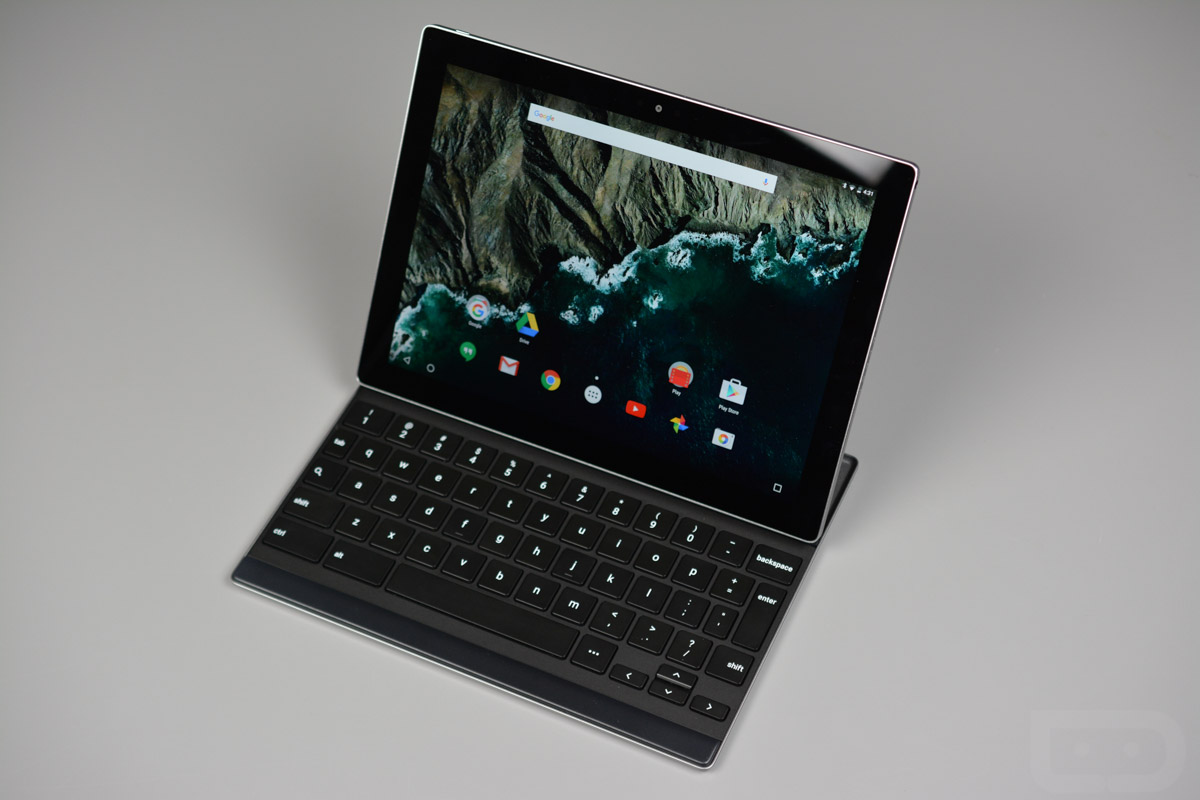 Why do so many people think Android tablets should die?

K:  I think the media thinks they should die, I don’t think actual consumers do. Media, we like to complain about things we have to cover because they might be painful to cover or less and less people may be interested in them, thus reducing the need for us to invest a lot of time covering them. Consider that the next time a media person is telling you what’s dead or terrible. Because in the big picture, who cares if it’s terrible or if fewer people are using it. The origin of that stance is probably because that media person is pissed that they have to write about it.

T:  What can a tablet do that my phone can’t? Sure, it’s got a larger screen, but that’s it. And personally, I don’t need a big screen. Maybe others do and that’s fine. I can admit that not every product was made just for me, so I don’t think tablets should straight up die. I just think Google/Apple or whoever can come up with other uses for tablets besides being big content consumption machines.

Will the Warriors win it all this year?