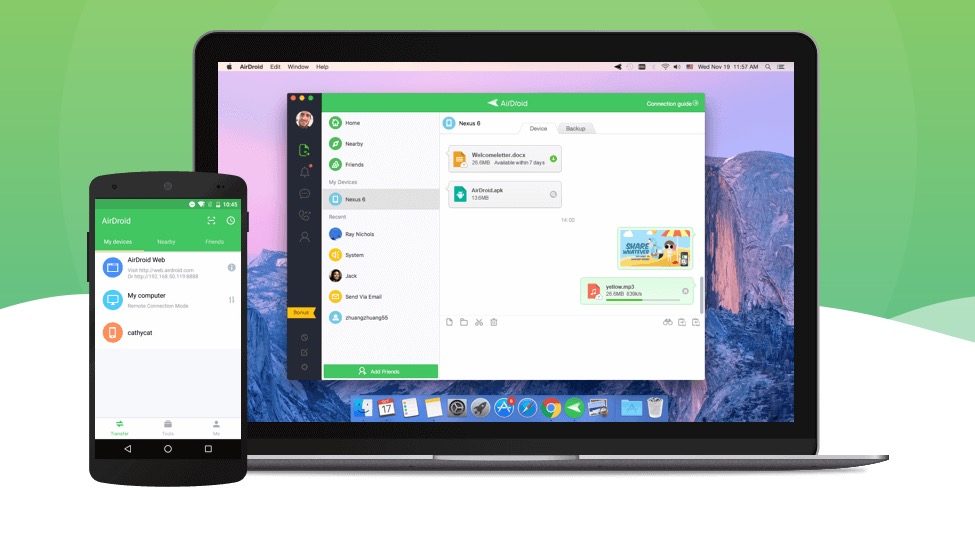 Last week, popular smartphone-to-PC software, AirDroid, came under fire for allegedly having “multiple” security vulnerabilities in their Android app when connected to an unsecure network, but also for seemingly pushing out other updates instead of fixing these potentially serious issues. AirDroid said that they would push an update to clean everything up within a couple of weeks and has now done that.

Through a statement sent to us, AirDroid confirms that their mobile app has been updated to v4.0.0.3 and PC apps to v3.3.5.3. These new versions “have improved [AirDroid’s] encryption mechanism as planned and fixed the issue regarding the recent concern over AirDroid’s security.”

For more on what was fixed, you can view the full statement below.

We have just completed the staged rollout of AirDroid(Mobile 4.0.0.3; Mac/Win 3.3.5.3 ) on Google Play Store, it is now available to all users. In this update, we have improved our encryption mechanism as planned and fixed the issue regarding the recent concern over AirDroid’s security.

The issue is fixed in the update
Along with other security improvements, we have upgraded the communication channels to https and improved the encryption method.
Because of AirDroid’s cross-platform nature, it took us sometime to design a customised solution and level up our security in all aspects. We introduced the restructuring coding system into AirDroid4.0 and AirDroid 4.0.0.1 to make sure the compatibility works fine across platforms late in November. After a careful assessment, we started to roll out this update partially earlier this month across clients to make sure a smooth communication is performed well. Now we can finally release this update fully to fix the issue raised as well as make sure our users are better protected.

We will keep improving
However, we never only scratch the surface when it comes to security. As we are well aware of the evolution speed of cyber attacks, we will keep working on the existing project to improve AirDroid for our users to better protect them from future possible threats.
After all, it is always AirDroid’s first priority to look ahead to the rigorousness of cyber security, further refine AirDroid’s functionality for our users and delight their multi-screen lives.