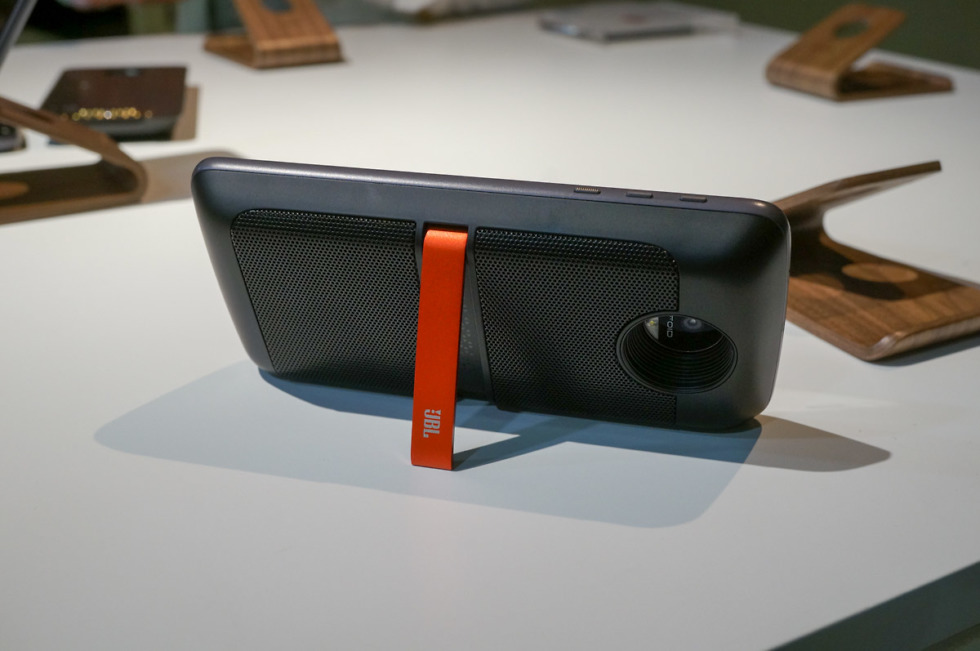 Good news, Moto Z owners – Motorola may have some ideas in mind for future Moto Mods. Speaking at a press event today in Chicago, Motorola’s senior direct of product management, John Touvannas, tossed out some ideas that his company may be considering.

According to PCMag, Touvannas mentioned ideas like a 5G Moto Mod that would upgrade a phone’s network capabilities in a snap, a secondary E-ink display, or even a baby monitor (likely part of that e-ink idea). He didn’t necessarily say that these products on are on the way, but he made sure to point out that “Without having to wait for the next-gen phone that can bring the next technology or capability, we can get to that quicker through the mod.”

In terms of new Mods that Moto is introducing, expect to see a 3000mAh Mophie battery pack as early as today, along with an Incipio car dock with charging in the near future. Moto also said that they expect to release up to 4 Mods per quarter starting mid next year and may share deeper details on that at CES in a few weeks. (Will the Tango Mod be one?)

During the press gathering, Moto talked Moto Mods stats that you might find interesting. According to their numbers, half of Moto Z owners are using Mods, with about 20% using the big dogs, like the Insta-Share Projector and Hasselblad True Zoom camera. And apparently, people are buying the phones because of Mods and then actually using those Mods.

After falling for the Moto Z Play, I’ve got to admit that this is exciting news. Modular phones could be a big deal, we just need modules that can prove that. Motorola sounds like they have some new ideas to help get us there.