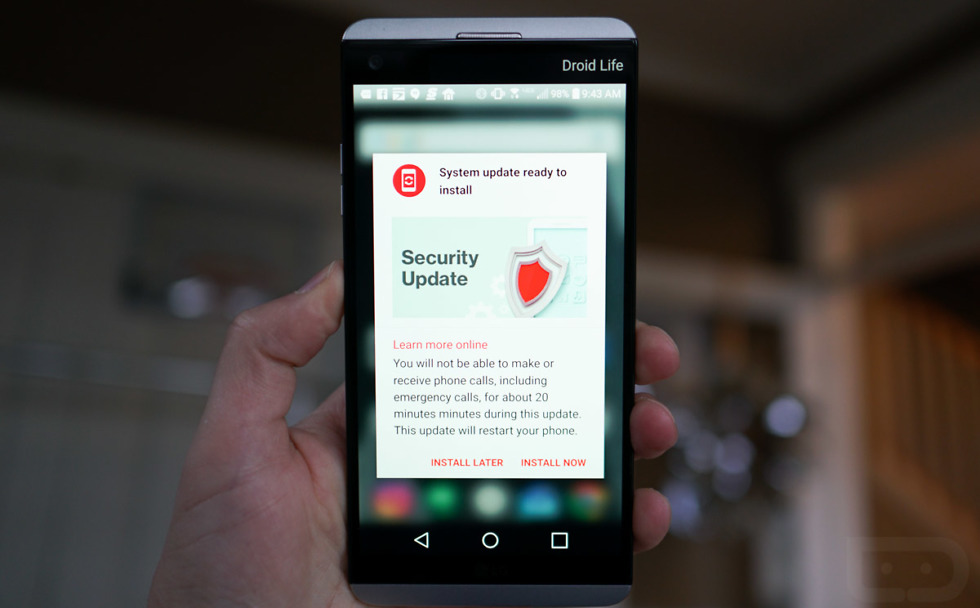 Verizon’s LG V20 is receiving an update today to software version VS99512A. The update weighs in at about 477MB and provides the latest Android security patches, while also tweaking some of Android’s VPN services.

According to the changelog provided by Verizon, outside of the security patch, the update contains minor changes to how you access VPN settings. The pre-update setup showed VPN options under Network settings when available on your work network and hid them when not available. After the update, the VPN option will always show, but will be greyed out if your work network doesn’t allow for VPN access.

The update seems to be live right now, as both our unit and a reader’s has already been prompted with it. Once updated, you’ll be on the November 1 security patch. 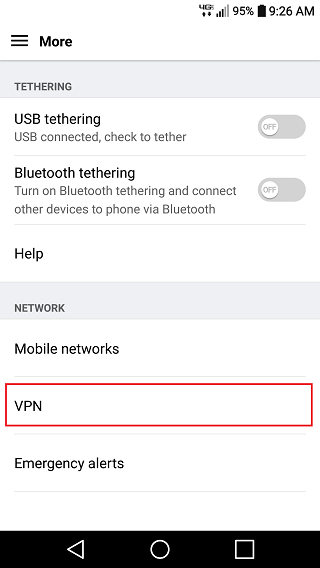 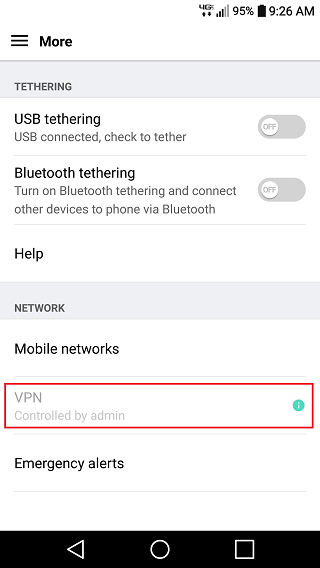