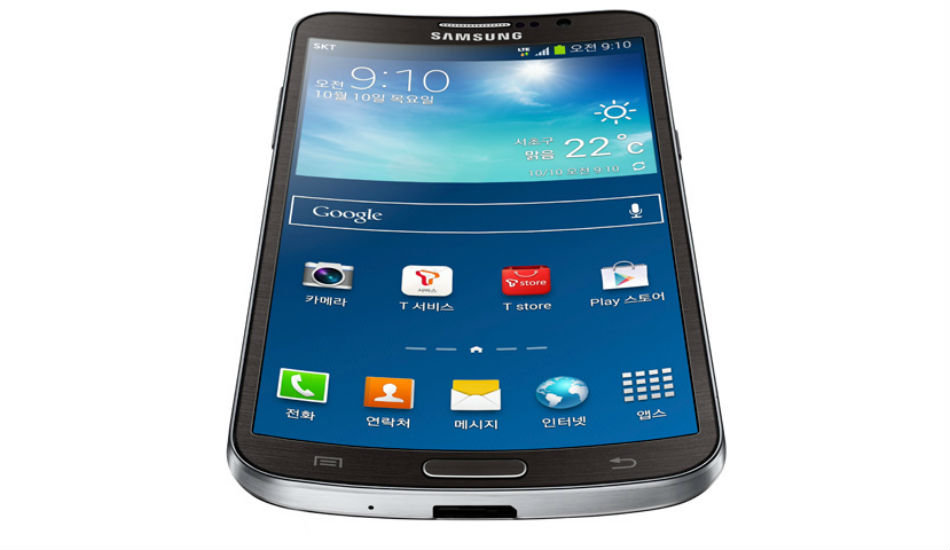 It has been three years since Samsung’s unveiling of the Galaxy Round, but it’s a device we will never forget. While other device makers were focusing on curving displays from top to bottom, Samsung was working on left to right. Because of this innovative thinking, the Galaxy Round was coined the Galaxy Taco. Pretty fitting, if you ask us.

Don’t get us wrong, though, the Galaxy Round was quite the capable device. Featuring a 5.7″ Full HD display, Snapdragon 800 processor, 3GB of RAM, and 13MP camera, the phone was basically a curved Galaxy Note 3 minus an S-Pen. It even had a faux leather stitching backside. On top of the good specifications, Samsung also worked in a few software features to utilize the curve, such as a “Roll Effect” when tilting the phone while on a flat surface. A demo of that feature can be viewed below.

Feast your eyes on this delicious device.