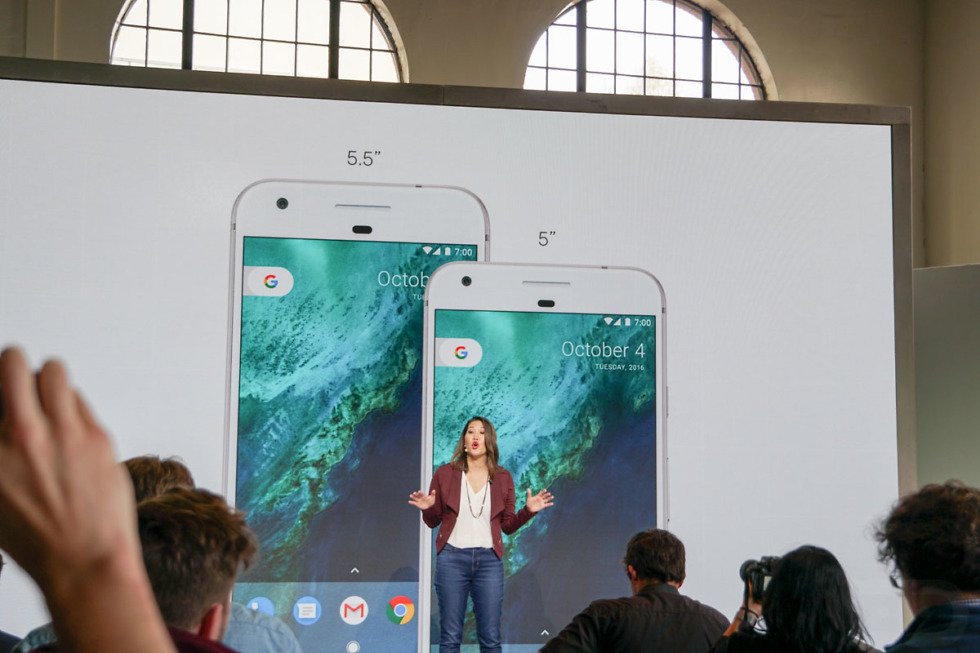 Worried about all of the bloatware in Verizon’s arsenal that it could try and pre-load onto your pre-ordered Pixel or Pixel XL? I have good news! It might not be all that bad! According to Verizon’s business sales portal, there may be just three apps that load after you insert your Verizon SIM and fire up the phone for the first time.

As you can see from the screenshot below, under the “Preloaded Verizon Apps” section, which likely means VZ Navigator, Verizon Cloud, and the rest of their terrible line of apps, Verizon’s says there will be “None.” Awesome!

Going further, past the “Preloaded Google Apps” section, we do have mentions of My Verizon, Go90, and VZ Messages in a “Preloaded Play Store Apps” section. That likely means the apps that will be installed the minute you fire up your phone with a Verizon SIM inside. Are those three apps the end of the world? Probably not.

For one, there is always a chance that you will be able to uninstall them. We don’t know that you will 100% be able to do so, and my guess is that you won’t be able to, but three is better than the 11 or 12 or 18 we see on other Verizon phones. And I wouldn’t be surprised if you can’t at least disable Go90 and VZ Messages. Plus, My Verizon is a handy account app and some people have told us that VZ Messages is solid. I have zero opinion on it, so you’ll have to trust others here. As for Go90, well, just disable or uninstall (if you can) and be on your way. 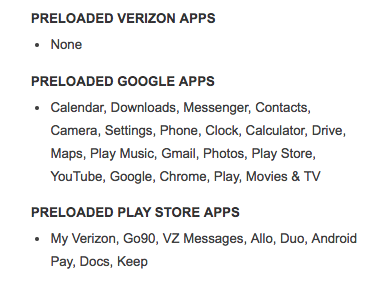 You going to be able to live with three bad apps?

If you want to pre-order the Pixel or Pixel XL, we have links for you here.