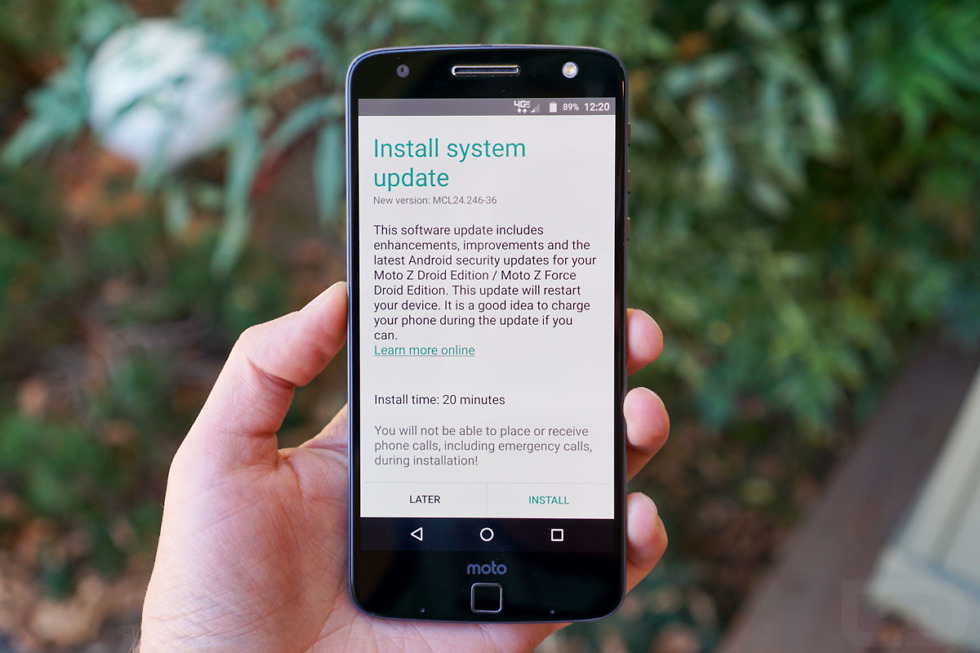 The Moto Z DROID and Moto Z Force DROID are receiving updates at the moment, likely the updates that Motorola told us to expect shortly after launch as they were embroiled in monthly security update drama.

The updates are arriving as build MCL24.246-36 and weigh in at about 436MB. They seem to take a really long time to download too, by the way, so make sure you are ready for them with plenty of battery.

As for what’s new, well, they don’t really say much other than they provide “enhancements, improvements and the latest Android security updates.” Of course, “latest” isn’t really correct in the security department since this update only provides the July security patch. Keep in mind that we are almost in September, so within days this phone will already be two months behind in patches.

At some point, the full details of the update will be posted here. Once that happens and if there are significant new features, we’ll update this post. For now, head into Settings>System updates to grab it.

UPDATE: That link is live and only shows that the 436MB update includes security patches, bug fixes, and call audio improvements.