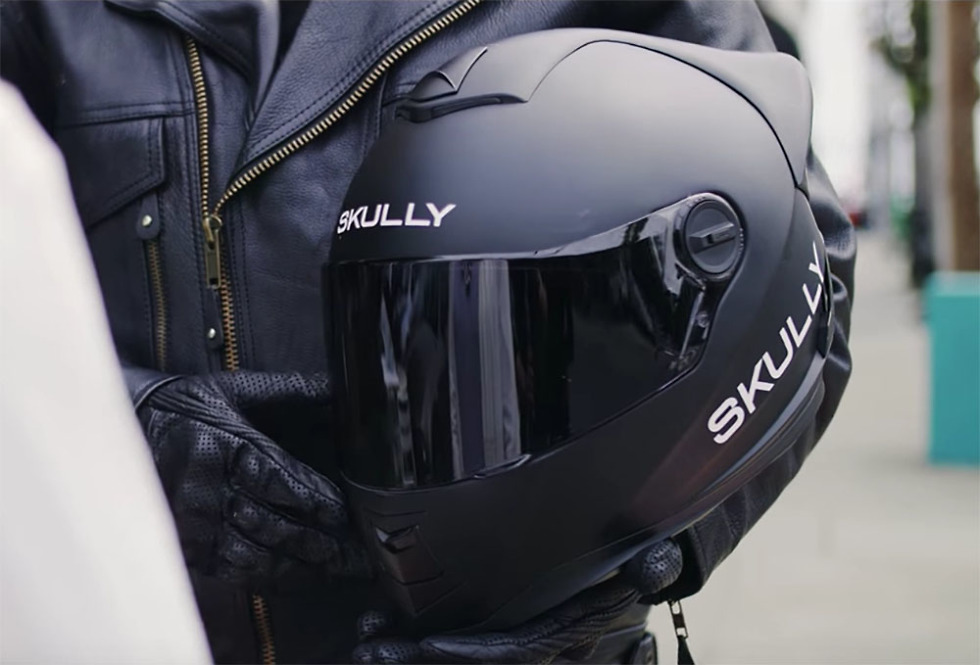 Two years ago, almost to the day, we shared an Indiegogo project for a futuristic, Android-powered motorcycle helmet that was generating all sorts of buzz from major car-related publications, the tech sector, and even celebrity chefs (random, but true). The project was for a product called Skully, which was a motorcycle helmet that included a heads-up display within the visor, rear-camera, and connectivity with your smartphone. Unfortunately, even as the campaign blew past its initial $250,000 goal and attracted investors who handed over millions of dollars, Skully is just another shining example of why backing most crowdfunded vaporware is a terrible, terrible idea.

With that said, the story of Skully’s collapse (outside of the fact that a lot of people will be without a product and money) is quite fascinating, if not entertaining.

According to TechCrunch, Skully closed up shop on or around August 6 after informing customers who still have not received their orders, that they would not be receiving those orders because even after attempting to raise more capital, “unforeseen challenges and circumstances, beyond our control, made this effort impossible.” The company is now filing for Chapter 7 bankruptcy, which basically means that backers who spent $1,500 on pre-orders, won’t be getting the helmet or a refund. Woof.

So what were those “unforeseen challenges and circumstances?” Hmmm…hmmmm! This lawsuit certainly attempts to help explain some of that. If anything, it paints a movie-like scene of two founders with millions in their pockets, doing everything except building the product they promised.

A former assistant who worked directly with the founders of Skully, two bro-dogs named Marcus and Mitch Weller, the company was basically a “sham.” Not only that, but the Wellers used the cash that was generated from Indiegogo and likely from investors too, as their personal “piggy banks,” dropping $2,000 during visits to the strip club and also on sports cars, like Dodge Vipers and Audi R8s.

According to this lawsuit, which the former assistant filed because of wrongful termination, failure to pay overtime wages, and other issues, the Wellers really did live it up on Skully’s dime. They paid for their rent, the security deposits to move to new apartments, weekly cleanings of said apartments, grocery bills, all restaurant meals, personal tech (like iPhone,s iPads, TVs, watches, and GoPros), $13,000 trips to Vegas, an Audi R8, four new motorcycles, up to two Dodge Vipers, trips to Florida and Hawaii and some sort of world tour, and then of course, on the important things in life, like multi-thousand dollar strip club bills. Oh, but the best move has to be the fact that Marcus Weller (former CEO) forced this assistant to attend his driving school in his place, driving school that was mandatory after he received a traffic violation in his R8. You can’t make this sh*t up!

About a month ago, though, investors finally pushed out the Wellers and brought in a new CEO to try and turn the company around. In a July blog post, they made promises to backers that they would receive their helmets over the course of the summer, but we now know that will never happen.

After taking in $11 million in funding from investors last year, on top of the $2.4 million raised during the Indiegogo campaign, the company couldn’t produce what it initially promised. The company, at least from how I’m reading this, was also in such terrible shape after the Wellers disastrous time at the head of the company, that selling whatever remained off to companies like LeEco, weren’t even in the cards. Ouch.

This lawsuit probably won’t be the last, even if the Wellers are trying to disappear (cached).