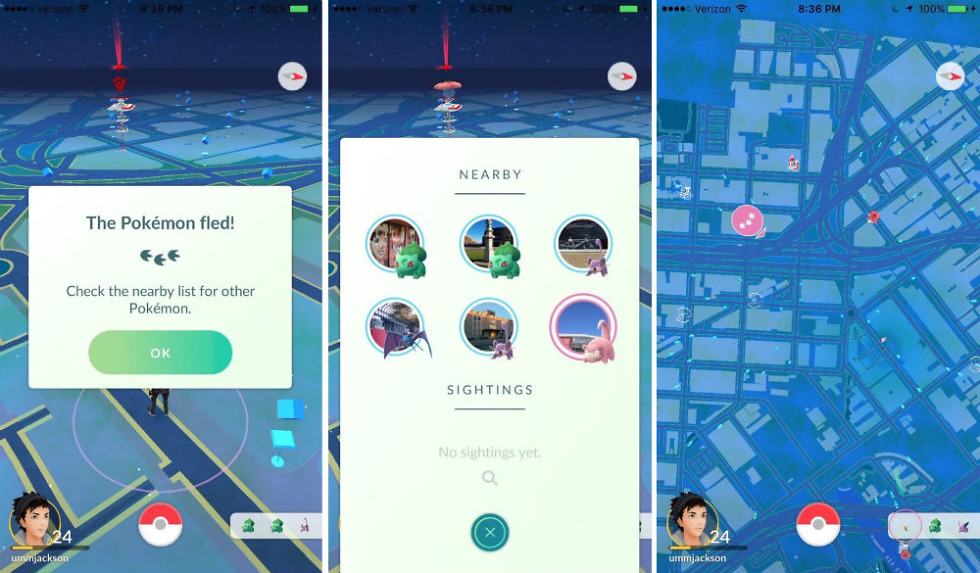 After yesterday’s update to the Pokémon GO app (you know, the one that brought us grass), beta testers are beginning to see what we would label as a major update for the in-game Pokémon tracking system.

Revealed last night by multiple testers of the game on Twitter and reddit, Niantic has been hearing our cries. Not only does the company intend on bringing a solid tracking system back into the game, but is making it easier to find select Pokémon you have around you in general.

When and if this update rolls out for all, here’s how the new system works.

Down in your Nearby section, you will see Pokémon at Pokéstops by your location. The photos listed in the Nearby section represent the corresponding Pokéstop. To catch that Pokémon, simply head to that Pokéstop. Users can click on the Pokémon and the game will indicate which Pokéstop has the creature for you to snag, just in case you aren’t familiar with the picture provided for that Stop.

Before this beta update, the game only detailed how many “foot steps” you were away from a Pokémon. With this update, it becomes extremely easy to nail down the location of the Pokémon you are after.

As stated, this update is currently in beta testing, meaning it has the potential to launch for all players very soon. Of course, once it is live on Google Play, we will be the first to tell you.