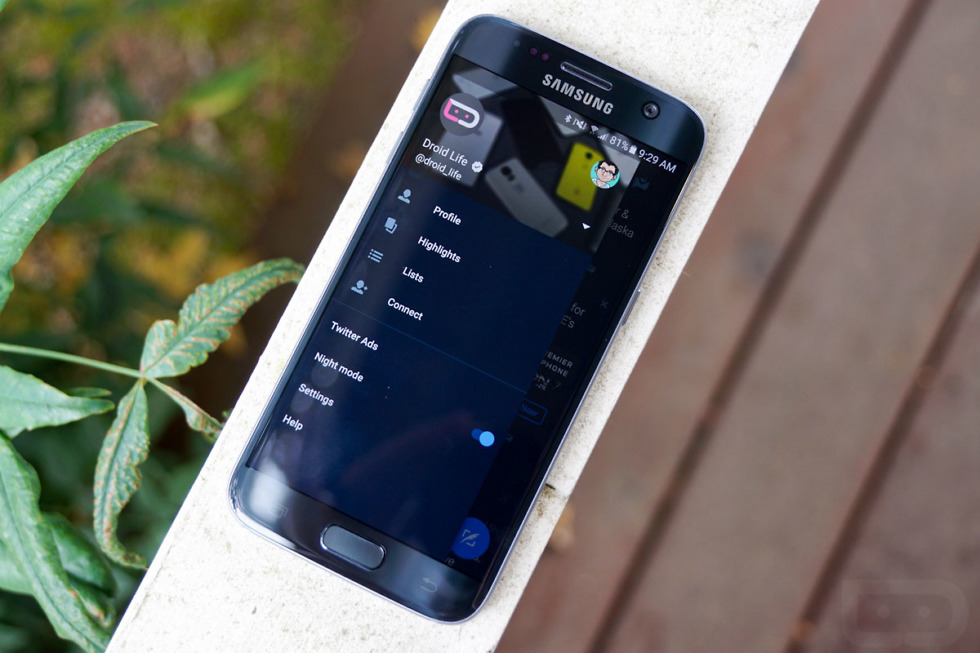 If for some reason your official Twitter app has yet to show Night Mode as an option in its slideout navigation, you should begin seeing it today. Twitter announced this morning that everyone should now be able to use the darker mode for those darker times where the overly-white Twitter UI might be unwelcoming.

To see what Night Mode looks like, take a look at the short clip included in Twitter’s tweet about the feature below. But you can probably guess how it works and looks, right? A Night Mode turns white to black and makes it not so bright and painful on your eyes when in dark situations.

The feature started rolling out some time ago through the beta and has been activated on most of my phones for weeks. It’s pretty awesome, actually, even during the day time. This is one of those features we wish a lot of apps would consider adding. And hey, it may even save on battery, in case you worry about such things.

Be sure you are on the latest version of Twitter for Android and then look in the slideout menu for the toggle!

Now on Android! Turn on night mode to Tweet in the dark. 🌙https://t.co/XVpmQeHdAk pic.twitter.com/vrIDEM22vO