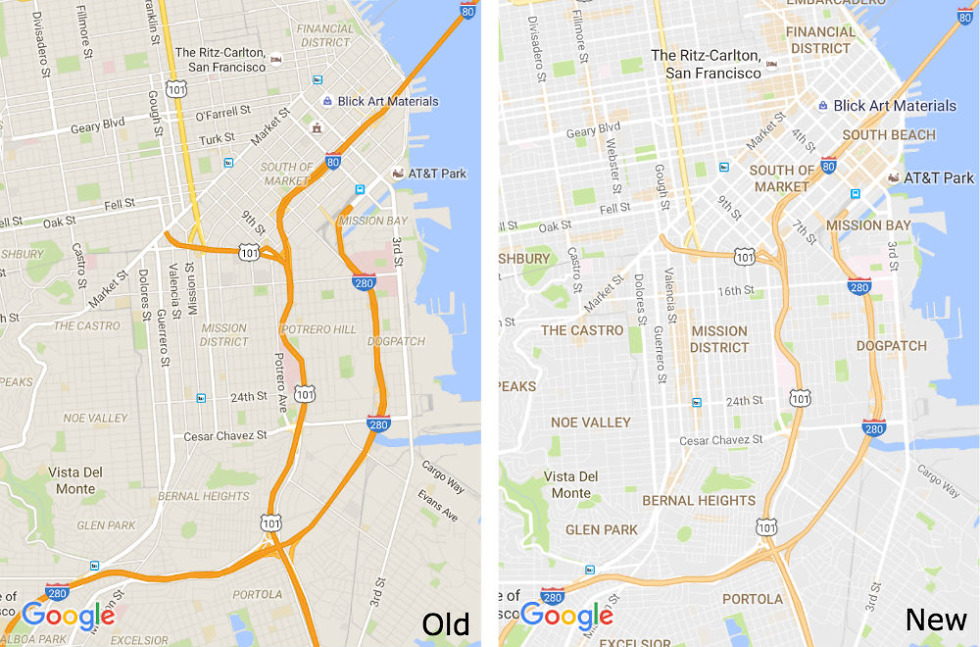 An update for Google Maps will affect users on Android, desktop, as well as iOS, bringing a cleaner look, improved typography, and much more. As you would assume, when looking over a city in Maps, there is a lot of information, all condensed until you zoom in. Because of this, Google is redesigning the layout of Maps, but don’t expect anything too drastic. Google will be providing a “cleaner” look, plus improving the typography to make things a bit easier to read.

As described by Google, they have removed elements from the overview that are not absolutely required. This will result in a cleaner look that makes it easier to find helpful and actionable information, such as traffic and transit lines. For the improved typography, you should much more easily view street names, points of interest, and transit stations.

Google is also adding in a new “Areas of Interest” feature, highlight places on the map where there might be a lot going on. These areas on the map are shaded orange. When you head into an orange area in the Maps app, you can view different details about local hot spots or other activities you can do.

This update is rolling out to Google Play, iOS, and on the desktop version right now.