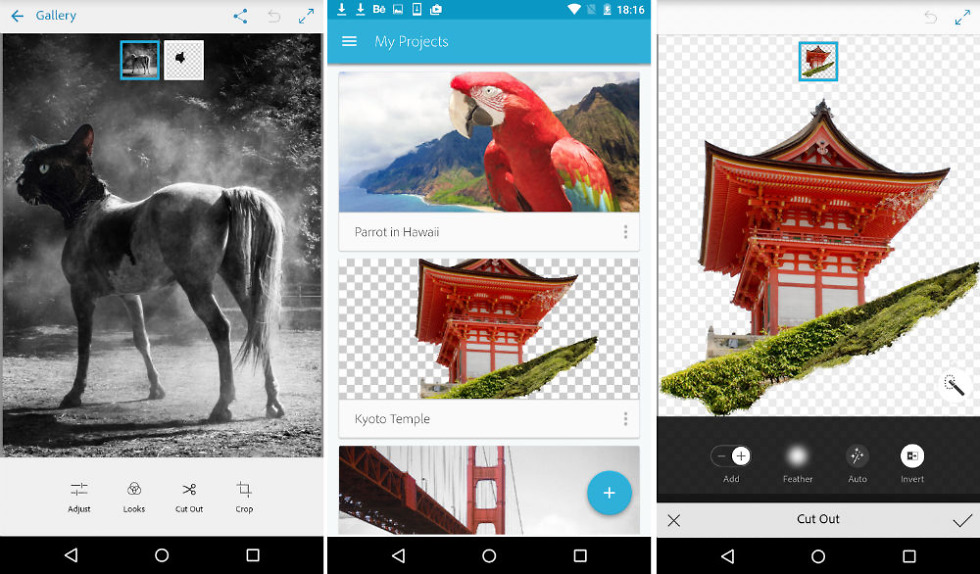 Users of Photoshop Mix from Adobe should turn their attention to Google Play this afternoon, as the company announced an update bringing three different features. Once updated, users will benefit from the ability to combine more than two layers, which will allow for the creation of more complex images.

Additionally, Adobe baked in “sophisticated blending,” letting users control layer opacity to blend images for either realistic or artistic results. On top of that, you can now apply as many Selective Looks as you want to each image, getting just the right effect you are after.

On our end, the update doesn’t appear to be quite live yet, but keep your eyes peeled on Google Play.