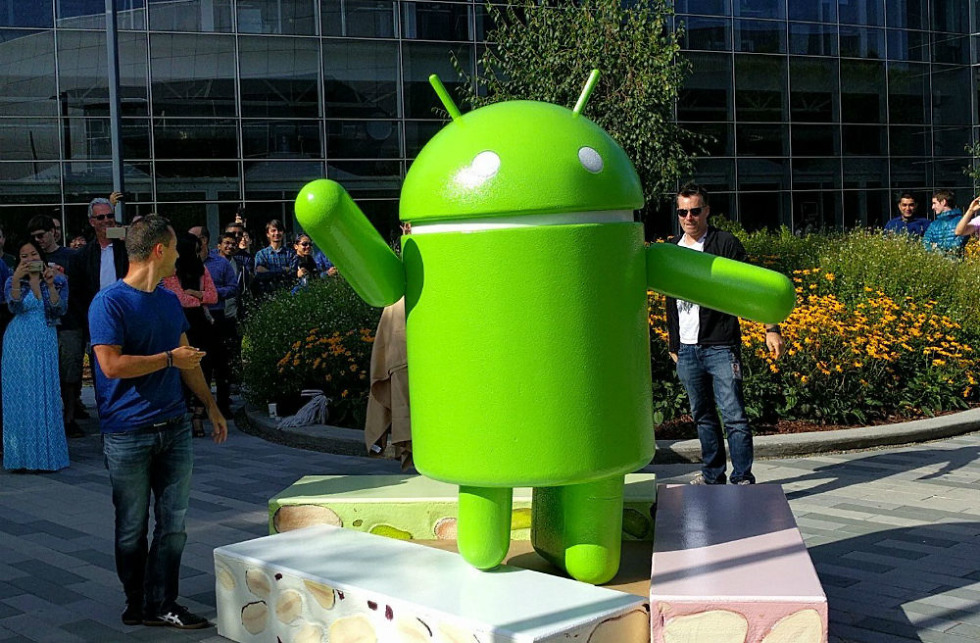 Members of the Android engineering team (11 members, in total) took to reddit this morning to offer up answers to many questions that flooded in from the community. While the majority of questions dove into areas of subject we typically don’t cover here, a few of the questions and the team’s answers gave good insight into Android Nougat, device updates, and plenty other interesting topics.

Below, we will highlight a few of the many questions, then provide you with the Android team’s response. Beware, a few of the responses are rather lengthy, but the length helps provide context to the answer. If a topic deserves a bit of personal feedback from our end, you can expect to see that, too.

Satanmymaster asked, “Will we see night mode in the official release of nougat? If no, please explain why.”

This one has been my pet feature for a while… So there were two “night mode” features in N DP that you might be referring to: dark theme (via -night qualifier) and screen tinting.

The former, dark theme, was a modification to Material that would automatically switch between light and dark variants based on UiModeManager’s night mode setting. Which was awesome, and I know a lot of people really liked seeing a dark theme in Settings; however, in both M and N the dark theme feature had to be reverted because of ecosystem problems. As simple as we tried to make it, implementing dark theme meant doing twice as much design work and twice as much verification that visual styling was implemented correctly. It wasn’t a good allocation of design and engineering resources. In many places, like WebView, it simply wasn’t possible to convert content to a dark theme while preserving the content author’s original intent. Leaving a half-working feature in the platform, where developers would be expected to support it, wasn’t acceptable. So I’ve had to personally kill the feature twice, and ultimately it’s been for the benefit of the platform.

So, it appears we should not expect to see an official Dark Mode for Nougat. Not too surprising, but at least now we know why. Google thinks it is best for the platform not to offer one. The reasoning is sound, but we have seen these darker themes implemented rather well on other devices. My bet is we will see one from Google on Nexus phones sooner or later.

Brought up by Krzysztof_Bryk, “Do you know how OEMs are doing with adapting Nougat code?”

We can’t share who or how many, but we are working with OEMs in parallel with Developer Previews to get their devices updated as soon as possible.

Sleepinlight brought up battery-draining bugs, asking, “Does there exist a team in the Android engineering division that is dedicated to finding and fixing bugs that make the system less efficient at managing battery?” In the question, many links are provided to bugs that are currently being tracked via code.google.com.

We do pay attention but it is hard to keep up, and we have a team monitoring it now. In better news, we think the first bug you mentioned is fixed in Nougat. I am aware of the third and fourth issues and someone is looking into it. The difficulty with some of the other reports (as with many battery issues on the tracker) is that modem and wifi issues on other vendors’ hardware will need to be fixed by the manufacturer of the device…though it is unclear what devices are being discussed in each initial report. (Be sure to specify what device and software rev you are using in your bug reports!)

Many people asked whether the HTC-made Nexus 9 would receive Vulkan API support. Sad news, N9 owners. It’s a no go.

N9 will not be getting Vulkan drivers, but Pixel C has had them since the second N Developer Preview.

For this next question, multiple team members gave an answer. We’ll list them out, allowing you to see who is excited for what.

Dytigas asked, “What is one feature you’re most excited for [in Android Nougat]?”

Anwar (Engineering Director for Android Core Platform): I’m pretty excited about a bunch of the under the hood improvements we’ve made: JIT, OTA speed, and some big kernel scheduler changes. It’s something no user will see, but hopefully they’ll notice:) In general, I’d like to see us do more with upstream Linux to optimize for mobile.

Dianne (Manager of the Android framework team): Doze light in N, and the background restrictions coming in the future. Now that we have bitten the bullet with Doze in N to taking a firmer hand it what applications can do, there are a number of opportunities we have to improve the overall platform behavior.

Chet (Lead/Manager of the UI Toolkit team): I love some of the usability features we’ve added in the last few releases, from fingerprint (turning on and unlocking my phone as I take it out of my pocket) to Quick Settings (fast access to things I commonly need to toggle) to the recent apps double-tap (takes you to the previous activity, like Alt-Tab for Android). Under the hood, I love the continuous work we’re doing on performance, always working on making things faster and smoother.

Ogunwale (Technical Lead Manager for ActivityManager & WindowManager): Multi-Window obviously 😉 This a feature the community has been asking for awhile now and I glad we finally made it happen!

Paul (Engineering Director for systems software and battery life): The new Doze work in N is looking like it will be a big win for batteries everywhere — early data from testers looks good, and that gets me excited! I think the “Seamless Updates” feature will have a lot of fans too.

A question concerning the Google Camera was also raised, receiving a well-received answer on the site.

We’ve been working on this and I think you’ll be pleased with what you see in the not too distant future.

NullFlavor asked, “What is the status of Android TV?”

Android TV is doing well in the market with million of devices already deployed (Sony Bravia TVs, Nvidia Shield TV, etc.) and many more to be shipped. In terms of category TVs and operator STBs are leading the way however several new Over The Top (OTT) streaming devices are on their way including Xiaomi’s Mi Box.

Pakoito asked, “What new features are being worked on for Android O?”

There were some pretty big features in N (e.g. multi-window). However, we try really hard to minimize the impact of such new features on the overall stability/quality of the OS. As you mentioned N stabilized on M and M stabilized on L. Hope to continue to trend.

One question, which probably outweighs them all in terms of importance, was actually answered by Alan, the team’s resident Technical Lead for the Support Library. He asked, “How do I catch more cats in DP5?”

You will catch more cats with honey than with vinegar.

There’s your recap. Trust me, there are a ton of questions and answers that seem to take up pages over on reddit. If you’re interested, take a look by following the via link.