This morning, Verizon hosted an online-only press event to announce a bunch of new The Verizon Plan options, a redesigned app, and new features, like Carryover Data. We reported on all of this news through various stories over the past week, but Verizon has confirmed it all. As we exclusively reported last week, this all goes live tomorrow, July 7.

The details of everything are as follows.

The new plans provide “at least 30% more data” even if they are now more expensive. The bang-for-your-buck ratio is what Verizon is really pushing here. For example, the “S” $30-1GB plan is now $35-2GB and the “XL” $80-12GB plan is now $90-16GB. So for just $5 or $10 more, you get at least an extra GB of data, if not more. The rest of the plans are increasing as well, all of which we reported on here. You can also take a look at the new structure in the image below.

If you want to jump on the new plans, you can. If you don’t want to, you don’t have to (“for now”). And in case you were wondering, all of the line access charges stay the same. 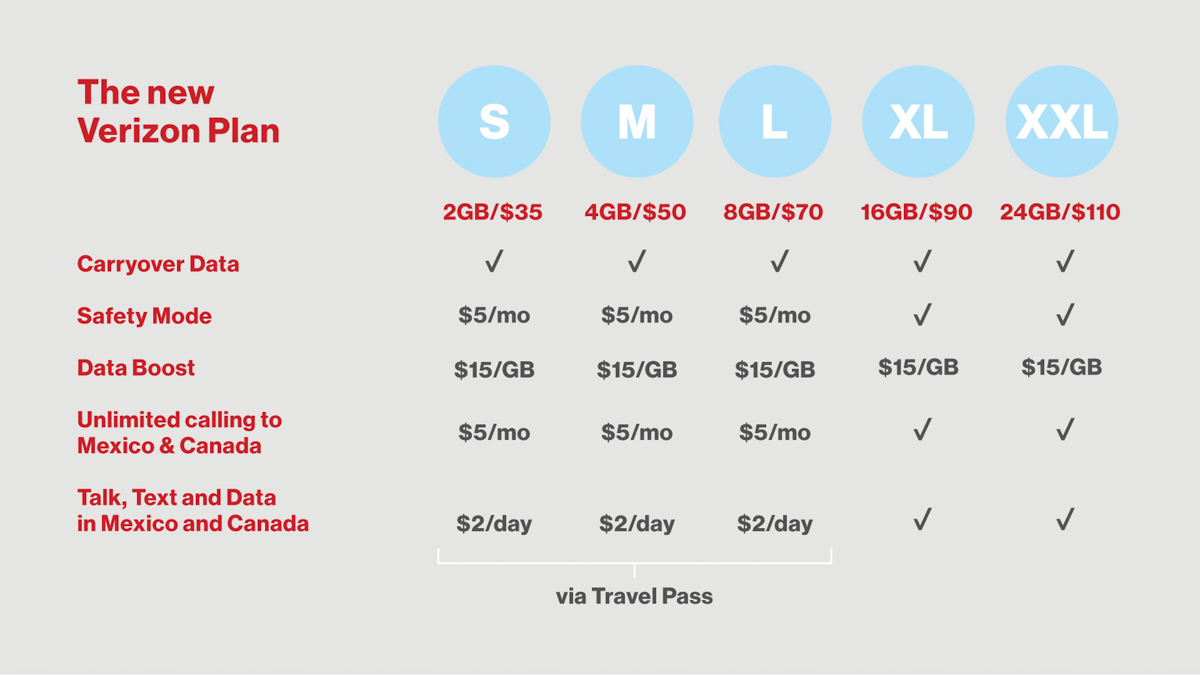 What else is new? Well, you can see above. New options like Carryover Data, Safety Mode, Data Boost, unlimited calling to Mexico and Canada, and talk, text, and data in Mexico and Canada have been announced. Most are self-explanatory, but we have the basics for you below.

Verizon also introduced a new My Verizon app that they seem very proud of. That’s good news, because the previous app was a bit of a mess and really just seemed like a bad web portal.

The new My Verizon app can be seen below, but they designed it like a feed you would see on a social platform. They are trying to show you everything up front, like data, account, and bill in a real-time feed, along with other “personalized products and content just for you.” There is a data hub like control center to show you how much data you are using, who is using it, and how you can get more. They also added in a shop to quickly add on new services, are providing on-demand support, and can show you a simplified bill. 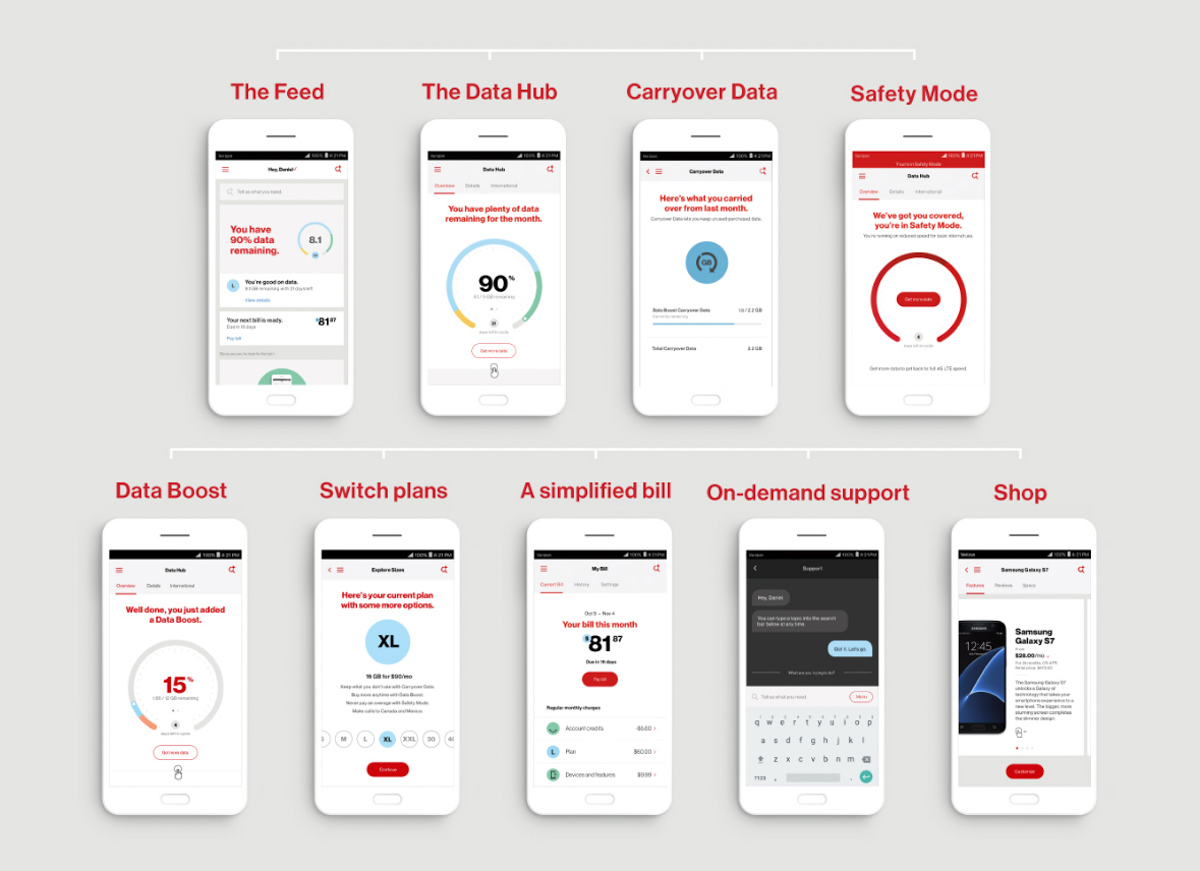 Oh, they have new business plans as well. Those are below. 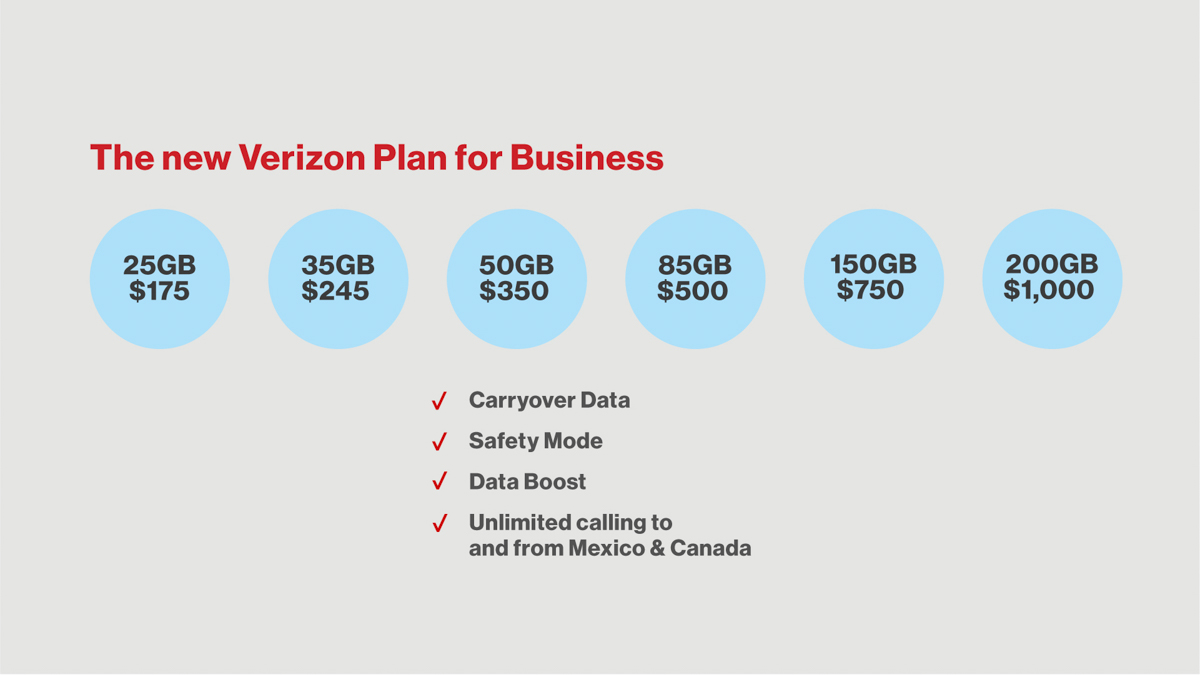