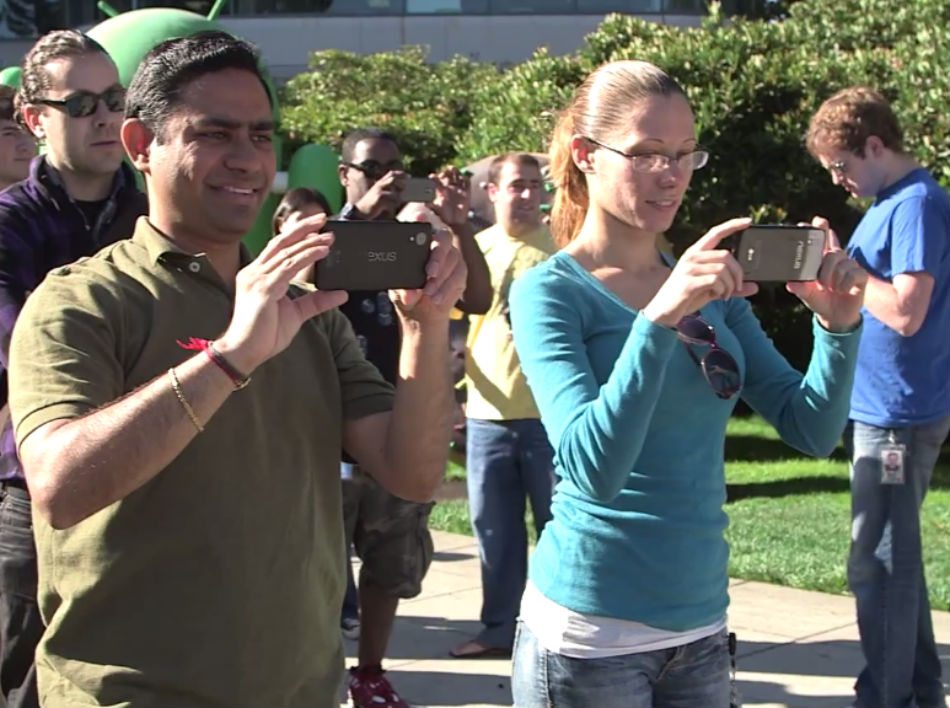 Back in September of 2013, the Android community was bracing itself for the next Nexus smartphone. Funny enough, during the unveiling of Android 4.4 “Kit Kat” at Google HQ, a Googler (an employee of Google) accidentally revealed Google’s upcoming smartphone. Whoops!

In a video clip which was centered around the new Kit Kat statue, all attention was on the mysterious “Nexus” smartphone this certain gentleman was holding. Naturally, every tech site on Earth posted about it, with Google quickly pulling the clip. Was the clip posted on purpose, maybe to get the hypetrain rolling? Anything’s possible.

Once this clip posted, it set off a massive flood of leaks,  including hands-on videos, photos, packaging, and much more. It was an insane time if you enjoyed Nexus leaks. Since then, every time Google posts a new statue unveiling, such as the latest with Nougat, we’re always eyeing each device the Googlers are holding when snapping pictures. Note, we already scanned the latest, and we haven’t found anything special…yet.