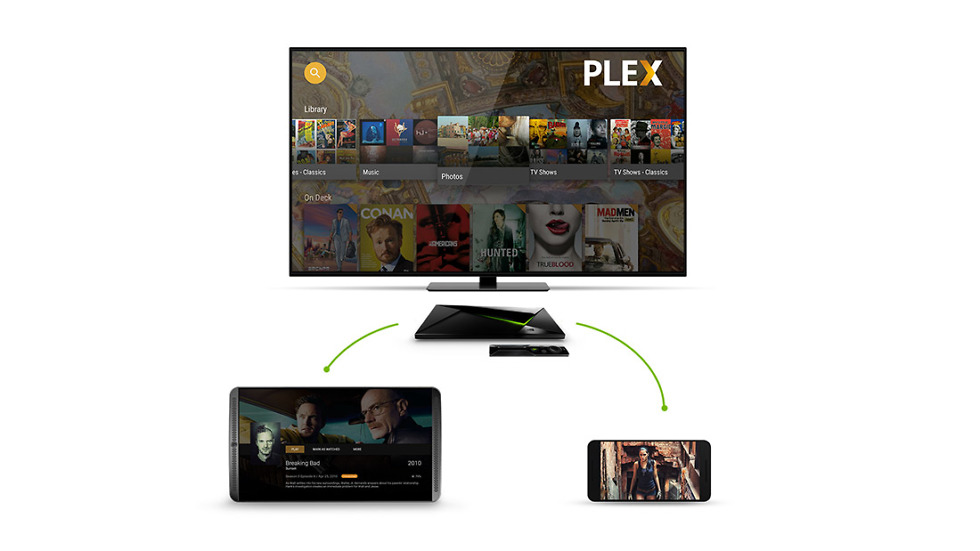 Today, NVIDIA and Plex announced that in the next update to SHIELD TV, which will be v3.2, your Android TV-powered set top box can basically become a Plex box or Plex media server. That’s awesome, because well, Plex hasn’t always been the easiest thing to set up and maintain on a PC, so this should help ease a number of pain points. Seriously, Plex media server on your SHIELD TV!

Not familiar with Plex? Think of it as the controlling software between all of the media you own (music, movies, pictures, etc.) that is stored on a PC and the rest of your connected life. Plex is able to blast all of your content, via Plex apps, to TVs and phones and tablets and computers and all that. That’s the simplest way I can describe it. The problem with it has always been either maintaining the connection from your PC to the web, so that you can get access to the content at any time. You tend to need a PC that is always-on, so that your content is always available. Make sense?

With this update to NVIDIA SHIELD TV, this all should become incredibly simple. Plex says that they will push an update to their app in tandem with the 3.2 update to SHIELD TV that will enable Plex media server to run on the box. With Plex media server setup to run on your SHIELD TV, you’ll get “the full media server, including support for hardware-accelerated video transcoding (H.264, MPEG2 and HEVC)” and 4K video access at 60fps.

Obviously, the 500GB version of the SHIELD TV would work perfect for this, since your Plex libraries are more than likely quite large, but NVIDIA says that owners of the non-500GB version an always expand their storage with external hard drives connected to the SHIELD TV, adopting them as internal storage (or mounting a NAS drive), and then dragging and dropping files from PC to SHIELD via network share functionality.

Pretty exciting news if you are into Plex or have been thinking about getting into Plex, yet didn’t want to deal with the PC setup. Also, NVIDIA SHIELD TV units can be had right now for as little as $179 at Amazon.