We will be present in San Francisco for tomorrow’s Lenovo Tech World conference, which kicks off at 10am Pacific time. Sent to inboxes this morning, an email declares fans won’t want to miss Moto’s announcement, with the company claiming that tomorrow is a “big day for Moto.”

There will be a complete livestream, which we have embedded below, so you won’t be missing a thing. We expect the unveiling of the Moto Z smartphone, along with those Moto Mods that were reported on earlier. Once the keynote is wrapped up, it’s possible we have a bit of hands-on time with whatever Lenovo and Moto announce, so expect that, too.

Do note, Moto’s announcement is scheduled for the second hour of the keynote presentation. 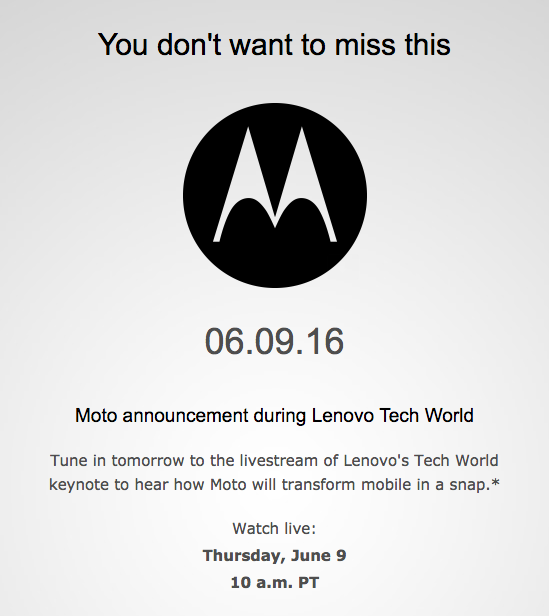