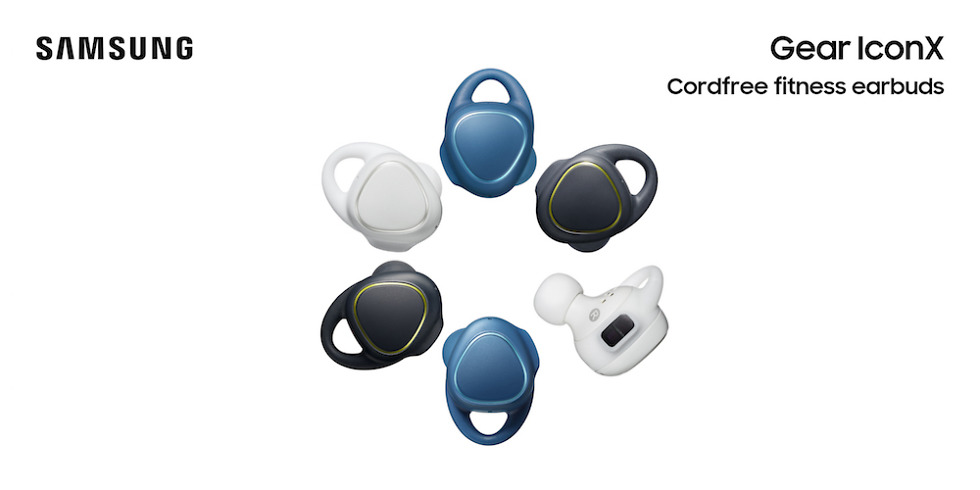 The previously rumored Gear IconX earbuds from Samsung are now official, scheduled to launch in Q3 for a price of $199. Featuring a lightweight and comfortable fit, the Gear IconX earbuds are completely wireless thanks to Bluetooth technology, but go way beyond just playing music.

With the help of built-in sensors, the Gear IconX buds can track fitness data such as distance, speed, duration, heart rate, as well as calories burned, which is then easily sync-able with the S Health app on your smartphone. To help you on your way to healthy greatness, a built-in Voice Guide delivers instant voice feedback on a user’s workout progress, plus will help guide you through menus.

Much like the Gear Fit 2, the Gear IconX also allows for the offline storage of MP3 files, with enough memory to store up to 1,000 songs. Thanks to this, if someone wants to go on a run completely barebones (without a smartphone or smartband), the Gear IconX buds can do it all. To control all of this functionality, a user only needs to insert the buds into the ears, which then automatically boots up the buds, then a few taps on the outside of your controller bud. During setup, the user will determine which bud will be the controller, left or right (which hand you are dominant with).

Coming in a travel case-like container, the packaging acts double as storage and charging station. On the backside of the case, a microUSB port will deliver juice to the buds’ internal batteries. Each bud features a battery size of 47mAh, which Samsung states can last about 2 hours depending on whether a user is streaming music or using offline playback.

The Gear IconX wireless earbuds will launch Q3, priced at $199.