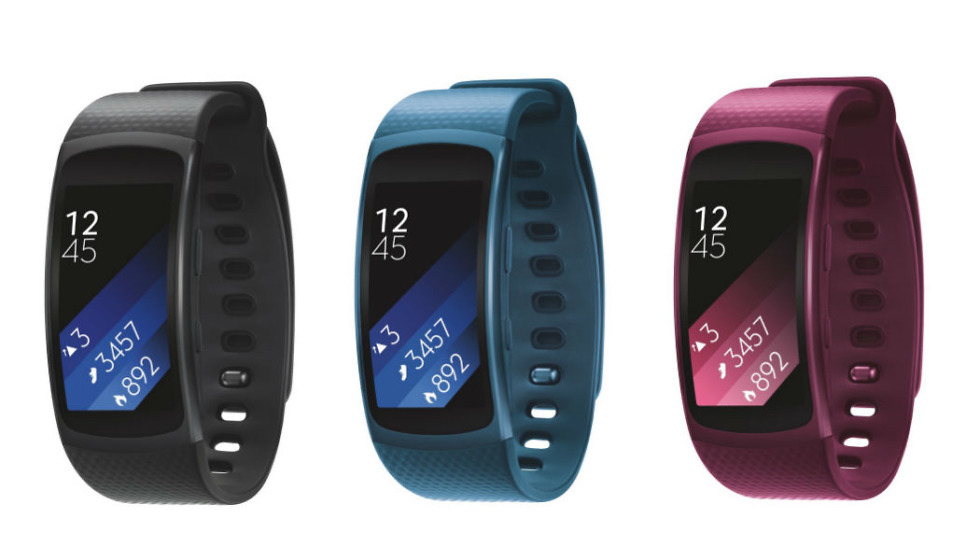 Samsung officially unveiled the Gear Fit 2 this afternoon, a sequel device to 2014’s Gear Fit. Designed to be worn all day during any type of activity, this wearable smartband features a 1.5″ Super AMOLED curved display, plus a dual-core processor and 512MB of RAM.

Other specs for the Gear Fit 2 include IP68 water and dust resistance, 15 different activity tracking modes, 4GB of onboard storage, heart rate monitor, and Bluetooth v4.2. The Gear Fit 2 is also a bit smaller than the original, and because of this, it features a slightly smaller battery of 200mAh, down from the Gear Fit’s 210mAh battery. However, Samsung still lists the Gear Fit 2 at lasting 3-4 days on a single charge.

One major feature addition is a custom-built Spotify music player app. Perfect for those with a set of Bluetooth headphones or earbuds — such as the IconX buds from Samsung — the Spotify app allows users to store cached music on the smartband itself, meaning you won’t need to take your paired smartphone on all of your runs. In addition, the built-in GPS will allow runners to keep track of all movements, regardless of whether a smartphone is synced or not. This same functionality can be seen on the Moto 360 Sport, which we admire quite a bit.

The Gear Fit 2 will be available in two different sizes (Small and Large), as well as three different colors – Black, Pink, and Blue.