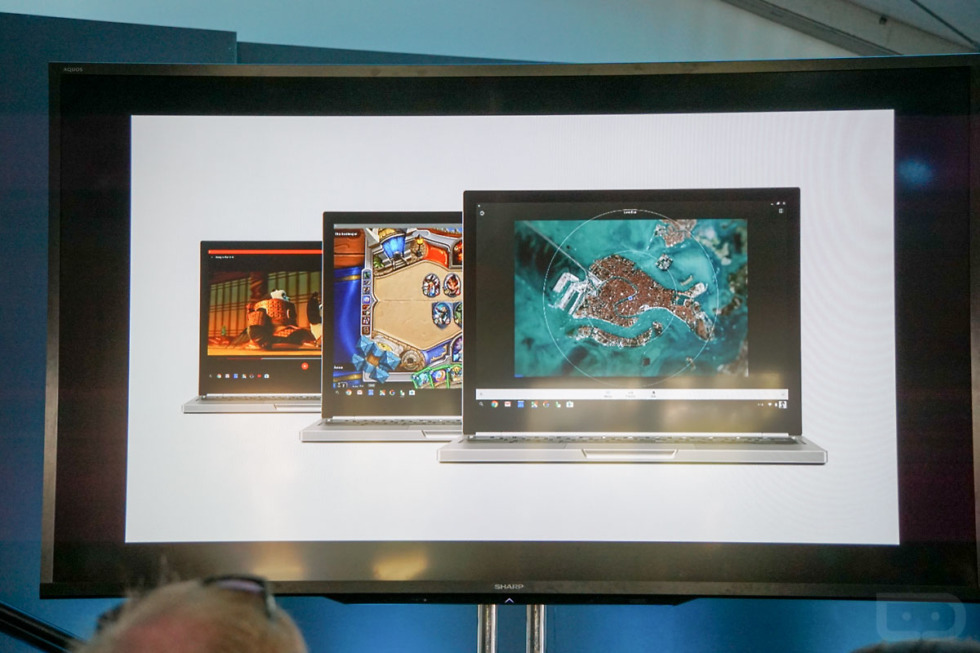 Google’s big day 2 announcement at Google I/O centered around the Google Play store and Android apps making their way onto Chromebooks. I followed up that news by writing up a bunch (probably too many) of words on why I think this is a major game-changer and potentially puts the final nail in the Android tablet coffin.

In the early days, we talked about Chromebooks not being powerful enough and lacking the utilities many of us needed to get by on most days. With Android apps, that could (and should) all change, since Google Play includes an app for just about every single one of our favorite PC services.

Obviously, I think this is a huge deal and will take a great deal of time to test out the new functionality once it arrives, but I’m curious to know what the majority of you are thinking now. Are Android apps on Chromebooks enough to get you to buy one? If not, why?