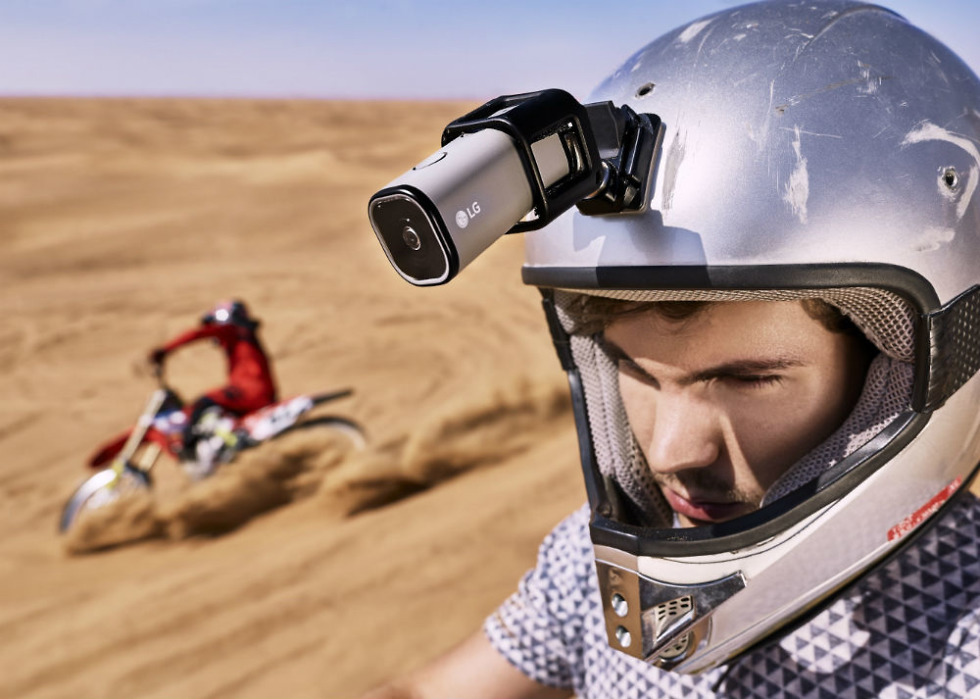 LG has a new “Friend” device in its ecosystem, this time being the world’s first action camera capable of connecting to a 4G LTE network. Called the Action CAM, this camera is made for those who seek adventure, featuring a 12.3MP sensor capable of shooting at 60fps in FHD and 30fps in UHD. More notably, the LTE connectivity is not tethered by a smartphone, meaning that when you are out on the track recording your awesome motorcycle videos, they can be simultaneously streamed to YouTube Live or whichever service livestreaming is supported.

At this time, LG has not confirmed which carriers will be available at launch, but our hope is to see it available on as many US carriers as possible (no LTE bands were provided in the press release). During livestreaming, a feed of HD at 30fps is the max resolution and frame rate that the device can output, being powered by 2GB of RAM and an unknown processor. Furthermore, sometime after launch, remote access will also be available, allowing owners to set up the Action CAM as a CCTV. Whether you are on 3G or LTE, you can watch whatever your camera is capturing, perfect for monitoring your home while you are away. Lastly, the camera features an IP67 rating, which means you can go surfing with it or into your backyard pool.

LG has not yet provided an official launch date for the Action CAM. We also don’t know a price, but our guess is that it won’t be cheap. Maybe $399?