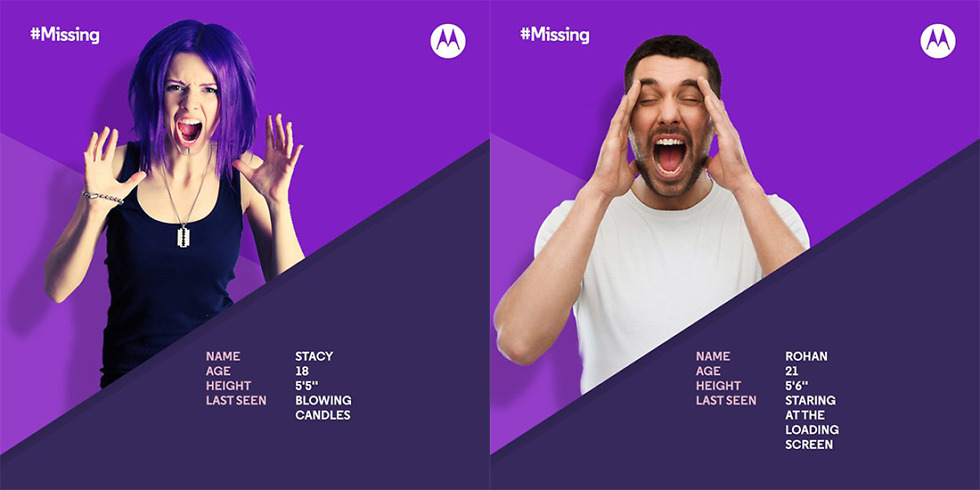 A new Motorola phone is “coming soon,” according to Motorola India’s Twitter account. Within the past week, this specific account began teasing an upcoming phone that should have improved battery life, security/privacy, performance, and a “better” camera. We are mostly assuming that this is a new Moto G, likely the 4th gen model, after the phone supposedly leaked within recent weeks. News outlets out of India are also suggesting that Motorola has an event planned for May 17 in New Delhi to announce a new phone.

Through a series of tweets, the Motorola account is taking a playful approach to missing persons, who have apparently gone missing because their phones all lack the features I mentioned above. Like this girl below, she went missing after clicking on a blurry groupfie. Yes, Motorola just said “groupfie.”

#Missing after clicking a blurry groupfie. With better camera, put an end to missing on good pictures. Coming soon! pic.twitter.com/DUI9EQThn4

And this guy was going to propose to his girlfriend via text message…wow.

#MISSING since he was about to propose a girl he likes.

We aren’t sure why Motorola is setting this all up for a launch of out India instead of throughout the rest of the world, but as we learn more, we will do our best to share it.