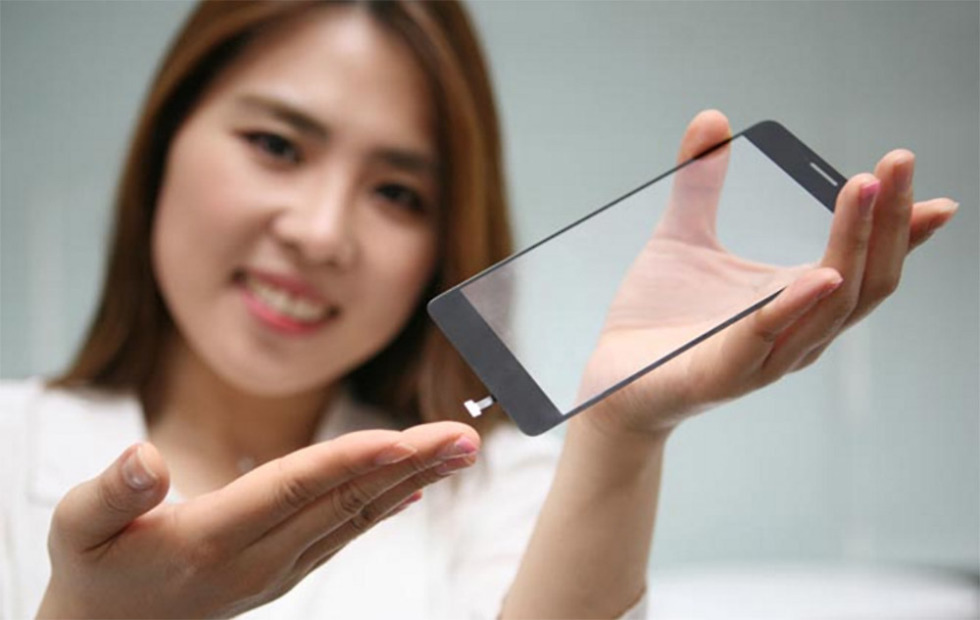 To talk about LG’s latest innovation, we should turn to Apple’s brodog-in-Chief, Phil Schiller, to a time when he dropped the quote, “Can’t innovate anymore, my ass.” Schiller was referencing the company’s trashcan-shaped Mac Pro computer, but we are using it in reference to LG’s new fingerprint sensor that lives underneath a phone’s display and can be read without the need for a dedicated button. Yes, your mind is wandering into the proper place – LG’s new fingerprint reader will hide just below the glass on your next phone’s display, potentially leading to even cleaner, buttonless smartphone designs.

LG announced the new fingerprint reader last night, stating that this new sensor “gives the freedom of the smartphone design and even enhances the user-friendly function.” What they are saying is that this isn’t the typical “button type” design, which should allow manufacturers to focus on additional features, like water resistance and a sleeker design. LG also said that the fingerprint recognition area “can be indicated by various patterns up to design of the complete product.”

In order to implement this new under-glass fingerprint sensor, LG says they are creating a furrow of 0.3mm thick under the bottom portion of a phone’s glass panel before using a proprietary adhesive to get it to stick. You can see a sample of it above, where we have a display panel and a fingerprint sensor that can’t be seen, outside of the connector for it, which would be embedded within a phone anyway.

LG says that this new fingerprint sensor has a 0.002% false acceptance rate (FAR), the rate at which it incorrectly recognizes someone else’s biometric information “as that of the user.”

The press release for this new fingerprint sensor does not mention when we could see this in a phone, but LG typically announces new products like this when they are ready to manufacture them.