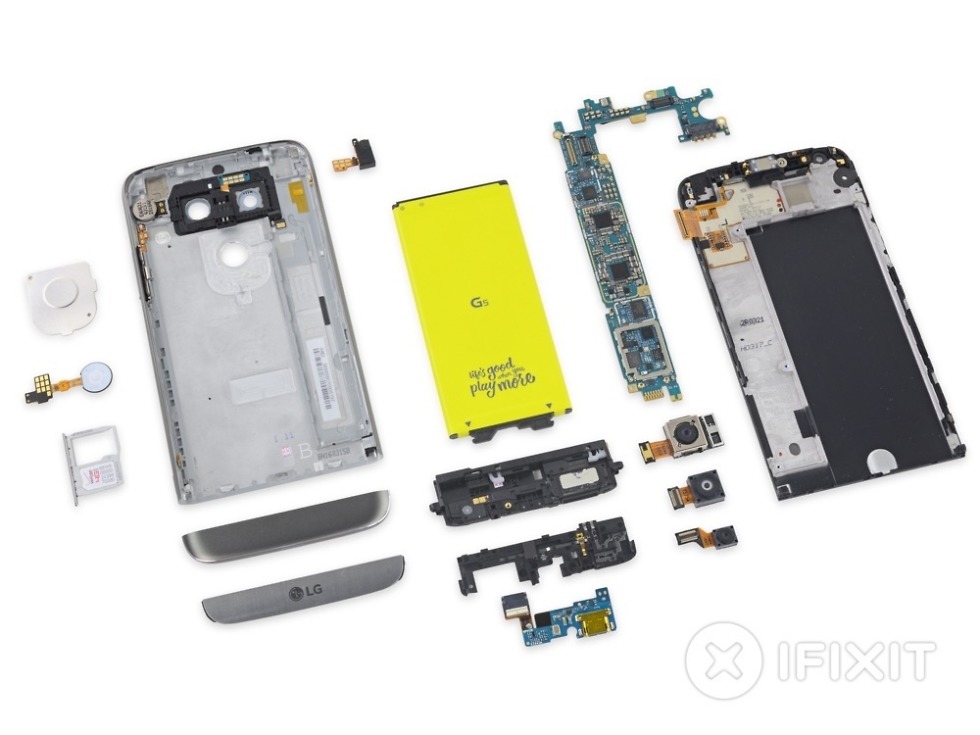 The good folks at iFixIt released their teardown of the LG G5 this morning, much to the excitement of those who enjoy breaking down and rebuilding little pieces of mobile tech. As you might imagine, thanks to LG’s new modular design, iFixIt had a pretty easy time dismantling the G5, with most of the phone being held together by a few screws, clips, and minimal adhesive. Not only that, but disassembling the device does not equate to shattering the display or other key components, which is a major plus over the Galaxy S7 and Nexus 6P.

For those into conspiracy theories, you can rest assured that the LG G5 is made of a fancy aluminum with a specialized coating. However, the front cover that features the LG logo is plastic, held on by whopping amounts of adhesive, while the back cover is metal. During the entirety of the teardown, iFixIt continued to praise the modular design LG implemented, making the entire process quick and painless.

During dissection, iFixIt also learned that the G5’s name is Alice, thanks to text printed onto the LG-made cable for the display.

With a repairability score of 8 out of 10, the G5 utterly destroys the Galaxy S7 and Galaxy S7 Edge in the hardware tinkering department, and also demolishes the 2 out of 10 Nexus 6P. If you fancy yourself a DIY fixer of smartphones, the LG G5 might be the phone for you. As noted by iFixIt, the only downside to the G5 in the repair department is if the LCD or glass breaks. If that happens, you are looking at a complete fused display assembly replacement.

Check out the complete teardown and analysis on iFixIt’s website. 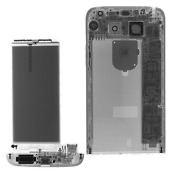 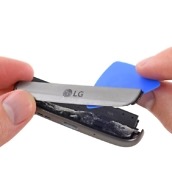 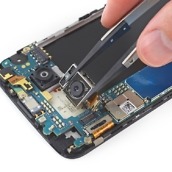 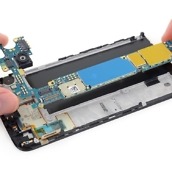 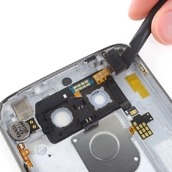