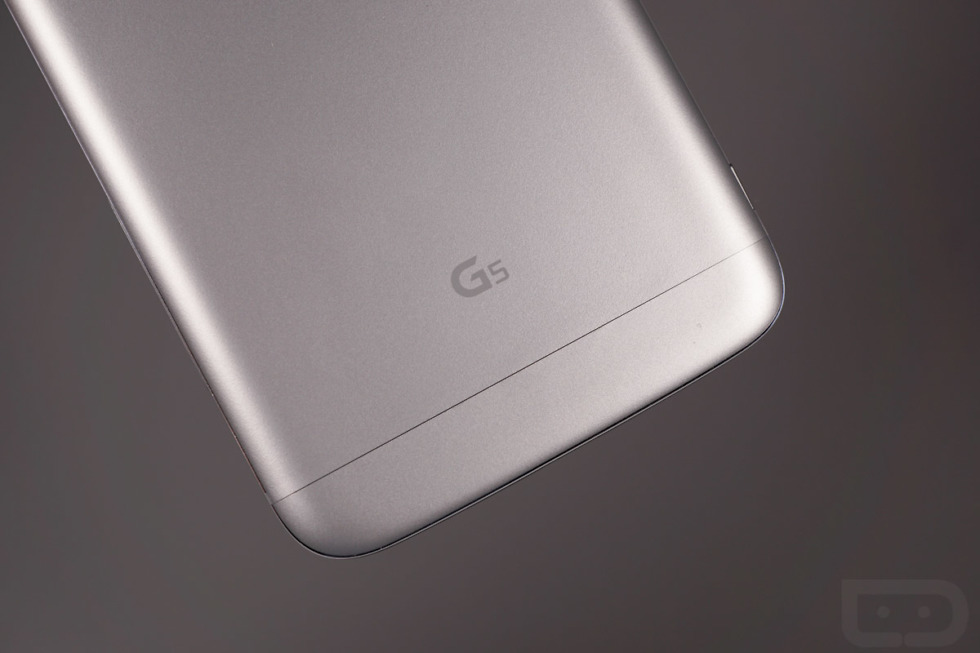 The LG G5 is supposed to be LG’s first all-metal, unibody phone. It is, of course, but because a guy on YouTube who likes to break Nexus 6Ps for a living, scratched a G5 a bit with a razor blade after mistaking the phone for plastic and found a whole fat layer of non-metal, sh*t sort of hit the fan over whether or not the G5 really is metal. Again, it is metal, and LG has issued a response to the “erroneous” reporting over it not being metal.

In the statement, LG says that the G5 is “composed of a special aluminum alloy, LM201.” They have a patent pending on it, by the way.

When holding a G5, you may be feeling something other than metal, though, because LG is coating the entire phone with primer to insulate and enhance the surface of it. After adding primer, they put on a “pigment layer” that has “tiny metal particles” in it and probably then change the color to grey, titan, pink, and gold.

The primer is the cause for the “erroneous” reporting, according to LG. LG says in the statement that if you scratched the hell out of the top layer, you’ll find the primer and probably think it’s plastic instead of metal. In other words, the G5 is made of metal, but LG put a thick layer of primer and paint on it that might feel a lot like plastic.

Actually, the back panel does feel a lot like plastic. I have the titan, silver, and pink versions all on my desk at the moment and none feel like they are metal. I know they are, because the sides definitely feel like metal, but the backsides just don’t feel like it. The back has a soft-touch matte-like finish that comes no where close to the metal back of the Nexus 6P, which most certainly feels like a hunk of metal in hand. The G5 is light and…plasticky…so I could see how someone could mistake it for not being metal.

Contrary to erroneous reports online that the LG G5 body is composed of plastic, LG would like to state unequivocally that the uni-body casing of the G5 is composed of a special aluminum alloy, LM201 (Feb. 2016 patent pending). LM201 was developed by LG in partnership with the Korea Institute of Industrial Technology for use in high-end sports cars, aircraft and consumer electronic pducts where durability, rigidity and lightness are required. As a die-cast metal, LM201 was determined to be most appropriate material to accommodate the curves of the G5. After the die-casting is complete, the insulating antenna slit is applied directly to the aluminum casing followed by a coating of primer which provides additional insulation and enhances the surface profile for the “microdizing” process, where pigment containing tiny metal particles is applied directly to the primer to provide a smooth and durable finish. While both anodized aluminum and microdized aluminum will scratch if enough pressure is applied, in the case of the G5 the gray primer beneath the pigment layer may be mistaken for plastic when the coloring is scratched off. We want to reassure our customers that the uni-body of the LG G5 is advanced aluminum alloy, not plastic.