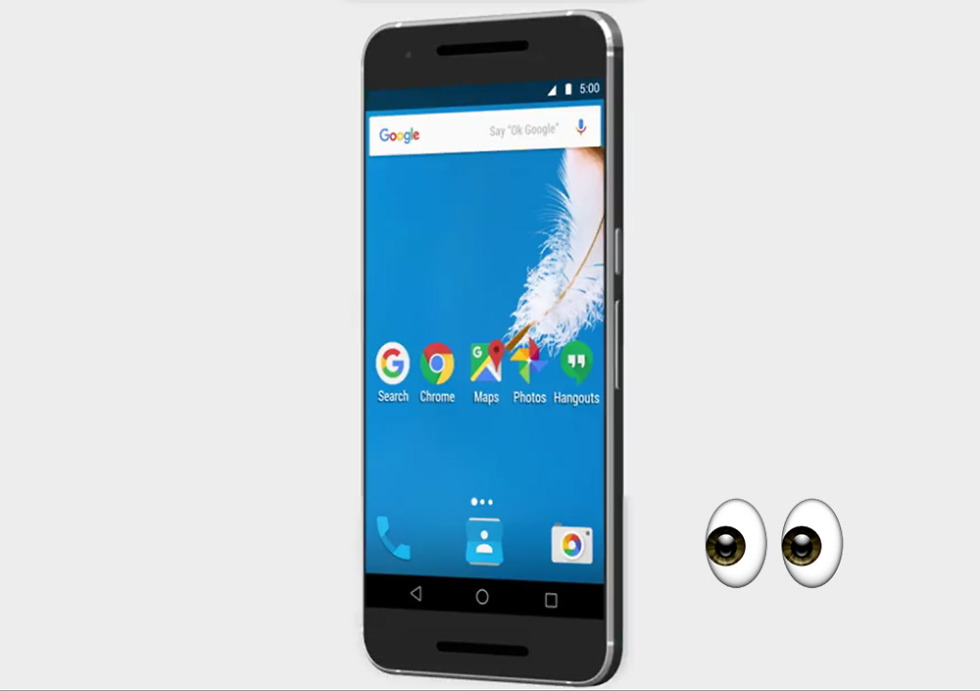 UPDATE 2/29: Google reached out to confirm to us our initial thoughts, that this Google Maps video is an inaccurate (read: bad mock-up as we suggested below) version of their UI and that this is not a hint or preview of what’s to come, as has been rumored over the previous couple of weeks.

Yesterday, Google posted a tweet through the Google Maps Twitter account that has Android enthusiasts going a big nuts, all because the video included shows a Nexus 6P without an app drawer. Seriously, lots of people are freaking out because this phone doesn’t have an app drawer. I don’t know that I’m ready to freak out just yet without knowing the full story, but it is worth talking about.

First of all, here is the tweet that’s to blame for this weekend’s fun.

If you blink during the first 2 seconds, you’ll miss it. See it? If not, just look at the image at the top of this post.

Why are people making a big deal of this? For a couple of reasons. First, it has been rumored off and on for a couple of months that the next version of Android may not have an app drawer. Assuming this video isn’t just a bad mock-up that wasn’t meant to confuse the world, yet is, then we could be looking into the future here.

Second, Android has had an app drawer since day one, so potentially killing it off in favor of Apple’s really shitty app jukebox approach where all of your installed apps get spammed onto home screens, is a big deal. It would be terrible, if I’m being honest. The app drawer has always provided a form of organization that was used to easily jump into specific apps. In fact, the app drawer that arrived around the time of Marshmallow, that included recently used apps at the top, search, vertical scrolling, and quick scrolling between letters is an awesome implementation of the app drawer.

Is that what we’re seeing here, a disappearance of the app drawer? Since we get to view a screen on a phone without an app drawer icon for all of 2 seconds, we really have no idea what the full story is here. But for fun, let’s say that this isn’t just a bad Google mock-up and is pointing to what’s to come. What we are seeing is the Google Now Launcher up and running with only icons in the home screen’s dock for phone, contacts, and camera. If you have used the GNL, you know that the app drawer icon can’t be moved or removed – it’s locked to the dock at all times.

Does that mean that an update is coming to the GNL and Android that will leave us Apple’s incredibly shitty app jukebox approach? We don’t know. If Google is killing the app drawer as we know it, hopefully, they have something else in store that will help you quickly get to the apps you need without just scrolling through pages of apps on your home screen or by forcing you into foldering it all up. Maybe the app experience will become contextual or based on favorites or most used or recently used. Maybe there will be a swipe-out panel of some sort.

There better be something, dammit. We are not iOS users.

It’s also worth noting that this home screen setup is showing a Google app icon with the word “Search” underneath it. I don’t know about your phone, but mine sure doesn’t say “Search” under the Google app, it says “Google.”

Consider the idea that this maybe isn’t pointing towards Android N at all and is just a preview of an update to the Google Now Launcher and Google app.