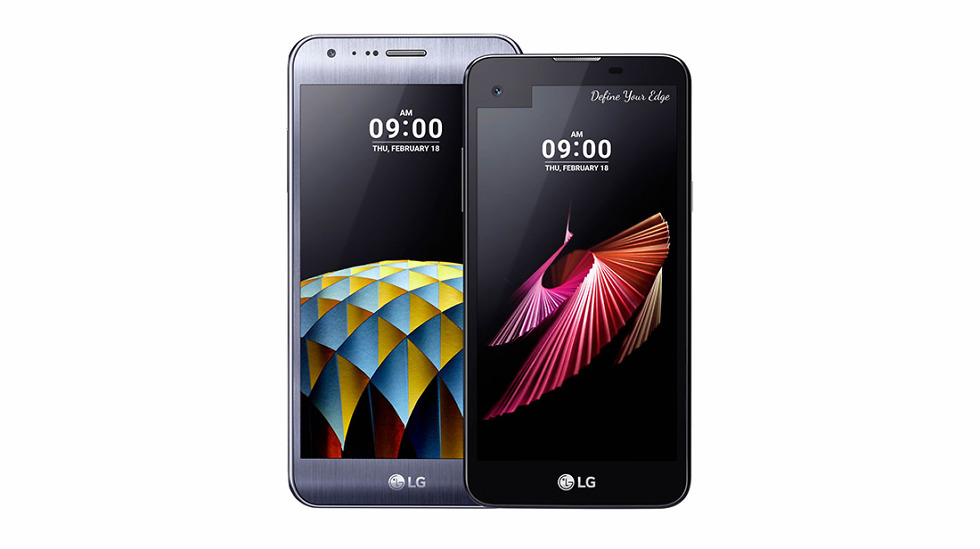 This evening, LG announced a new “X series” line of phones that offers an affordable smartphone package with a single “exceptional” feature. The thought is that someone may not have a big budget, but they might want a great camera or great display experience. The X series and its two first phones, the X Cam and X Screen, aim to do that.

With the X Cam, you are getting a phone with mid-range specs, yet it has a dual-camera experience on the back. The cameras are 13MP and 5MP shooters, which combine to make what LG is calling the “most advanced camera experience in a mass-tier smartphone.” The phone also sports a 5.2-inch FHD display, 2GB RAM, octa-core processor, front 8MP camera, 2520mAh battery, 16GB internal storage, and Android 6.0 Marshmallow. Not bad, right?

With the X Screen, you are getting a phone with similarly mid-range specs, but you also get a secondary always-on screen, just like we saw with the LG V10. The phone’s main display weighs in at 4.93-inches and is HD (720p), plus it has a 13MP rear camera, 8MP front camera, quad-core processor, 2GB RAM, 16GB storage, and Android 6.0 Marshmallow.

The X series will arrive in Asia, Europe and Latin America within the next month.

SEOUL, Feb. 15, 2016 ― Instead of a one-size-fits-all approach, LG Electronics (LG) will bring to Mobile World Congress 2016 a new series of smartphones developed to offer customers a unique user experience by offering one exceptional feature at a price that rivals mid-range smartphones. The first two models in the X series ― X cam and X screen ― will debut at MWC in Barcelona on February 22. The X cam and X screen are designed for customers who do not want or need all the bells and whistles that come with today’s high-end phones but still desire a great camera or advanced display.

The X cam sports dual cameras on the rear and delivers one of the most advanced camera experience in a mass-tier smartphone. Thanks to LG’s seamless 3D Bending Glass, the X cam features an elegant curved finish on the front and with a profile of only 5.2mm, the device is extremely comfortable to hold in the hand. And unlike other boxy and heavier mid-range phones, the X cam tips the scale at only 118g.

The other model, appropriately named X screen, is equipped with an “Always-on” Second Screen which until now has only been available on LG’s premium V10. The Second Screen sits above the main 4.93-inch HD In-cell Touch display and makes multi-tasking a cinch on the X screen. With the 1.76 inch Second Screen, users can easily access frequently used apps, answer calls without interrupting the current activity or just play music. The Second Screen also lets users check time, date, battery status and other notifications without ever having to turn on the phone. What’s more, the X screen offers a stylish, sleek look with its crystal-clear glass fiber exterior and clean lines.

“Everyone has a favorite smartphone feature,” said Juno Cho, president and CEO of LG Electronics Mobile Communications Company. “At LG, we think there’s room for devices that do one thing very well and that customers shouldn’t have to pay for features that they don’t want. At the end of the day, we’re committed to offering consumers more choices.”

LG’s X series will debut in key markets in Asia, Europe and Latin America starting next month. Visitors to MWC can see the new X series for themselves at LG’s booth in Hall 3 of Fira Gran Via from February 22-25.

* Specifications/Features may vary depending on the market.