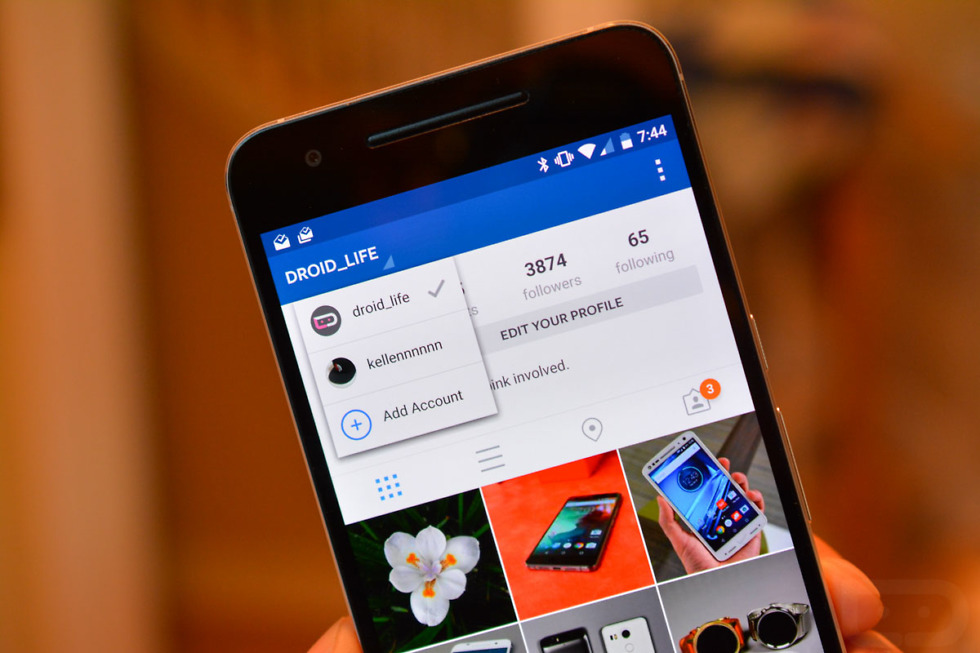 Inside of the newest update for the Instagram beta app straight from Google Play, multi-account support has reappeared. For Android users, this is big news, as this feature first appeared in November of last year, then quickly vanished without a trace. According to Latergramme, the iOS version is also sporadically offering multi-account support, which means we could be close to an official release of this feature in the near future.

If you are in the beta, head over to Google Play and update your Instagram app. To see if you have access to the feature, go into the settings menu, then scroll down to see an option for “Add Account.” If you have a secondary IG account, enter in the credentials, then you are all set.

For a detailed walkthrough of multi-account support on Instagram, watch the below video we posted in November when it first appeared.

Go update that beta if you are signed up.