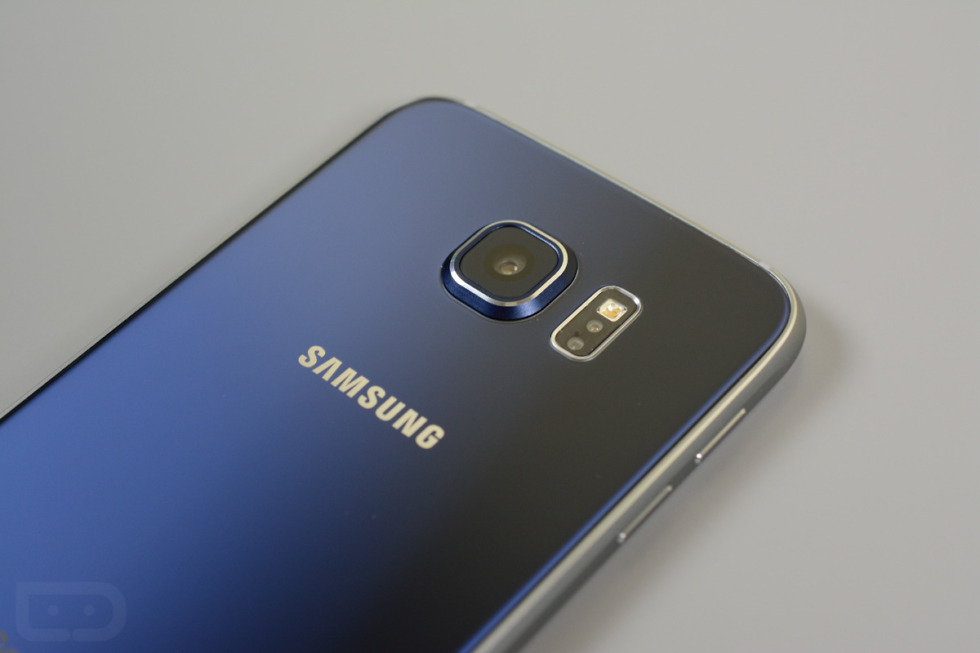 In the latest development in the Galaxy saga, alleged photos of the Galaxy S7 have hit the web, detailing what we might expect from Samsung in the year 2016. As far as we know, these are the first reported images of the phone, taken straight from what appear to be a cleanroom in one of Samsung’s testing facilities.

Upon inspection of the photo, we see a device, inside of a grey protective box. On the top and bottom portion of the phone, we see plenty of bezel, and there appears to be quite a bit of black surrounding the display itself. There is a white sticker covering up what is likely a Samsung logo on top, and on the bottom, we have capacitive buttons and a physical home button.

Speaking on the design, the phone appears to be rather rectangular, not as bubbly and curved as last year’s Galaxy S6. However, this could simply be the grey case playing a trick on the eyes. We won’t know exactly what to expect in the shape department until a few more photos are made available.

The last photo is a run of camera modules for the phone, labeled as SM-G930F. That model number matches up with what is reported to be assigned to the Galaxy S7.

Beyond the device, the best part of this photo is what device was used to shoot it. As we can clearly view in the reflection, someone working in a Samsung cleanroom owns a HTC One, which is classic. 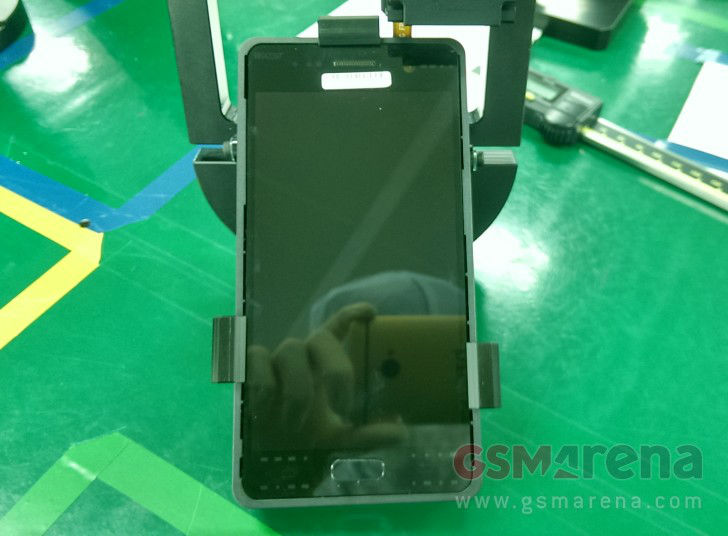 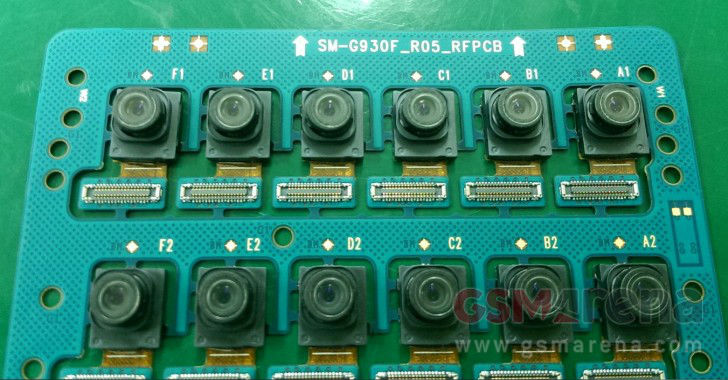