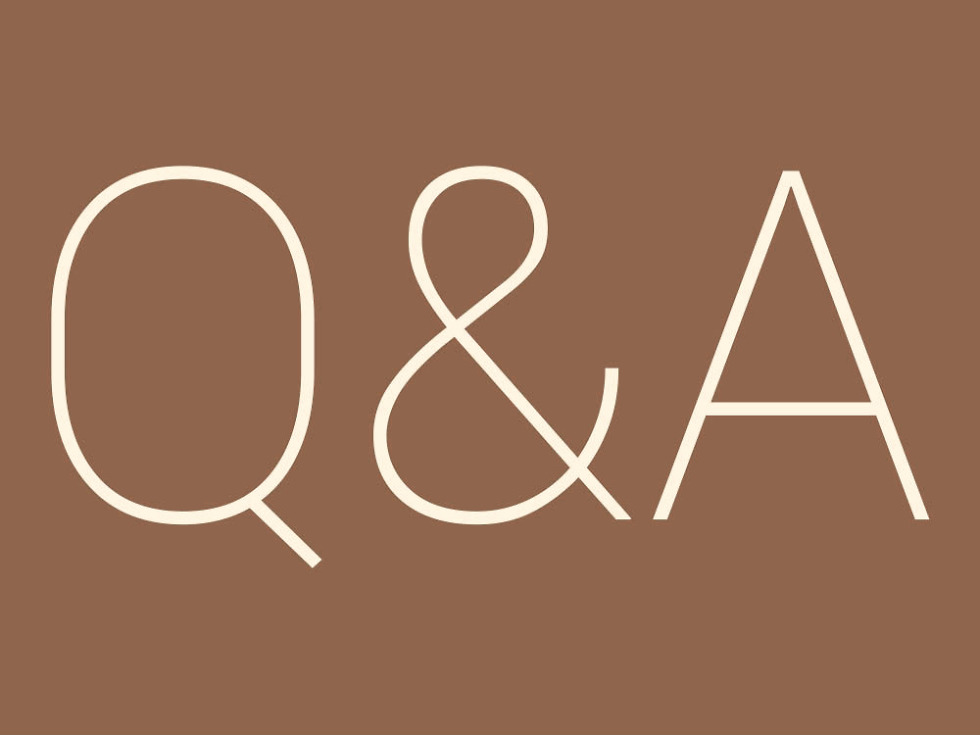 As we stated on Monday, we skipped answers for Volume 35 of the Q&A Sessions due to the holidays, but now we are back, bringing you answers to both Volume 35 and Volume 36. Needless to say, there are a ton of answers for you below. Topics this week include Nexus devices in 2016, speculation on the Moto 360 (3rd Gen), Super Bowl 50 predictions, talk about Star Wars, and if HTC will even make it past 2016.

K:  HTC seems like a proud company that will fight to the last dollar to try and make a comeback. I keep thinking the end is near with each passing month and yet, here they are, hawking mid-range phones as if they are flagships, and crossing fingers that VR will save them. So I don’t know that 2016 is make or break. I think it’ll be more of the same. They’ll struggle to sell many phones, but continue to hitch their trailer to VR. If anything, I wouldn’t be shocked to see HTC try and slowly move away from phones.

T:  This may sound mean, but I didn’t think HTC was even going to make it this far. If anything, I was expecting an acquisition in 2015, but that never came. It seems that they will continue their push until all of the funds are gone, and at that point, they will probably still find a way to stay afloat. If the One M10 is a flop, which is entirely possible with it going up against the Galaxy S7 lineup and G5, I could see HTC pivoting towards VR more so than ever. To be clear, I don’t want HTC to go away, I always enjoyed their phones, but the One M8 and One M9 were hot garbage in most departments. Fingers crossed for a kickass One M10.

R:  I think it’ll be another year where they release a phone that only their diehard fans will buy as they continue their slow decline into bankruptcy or selling.

What is your favorite text messaging app on Android?

T:  I use Hangouts for all of my messaging needs, even though Hangouts is pretty janky lately.

R:  I like Google Messenger a lot. I think it looks nice and works well. In fact I wish Hangouts was more like it. 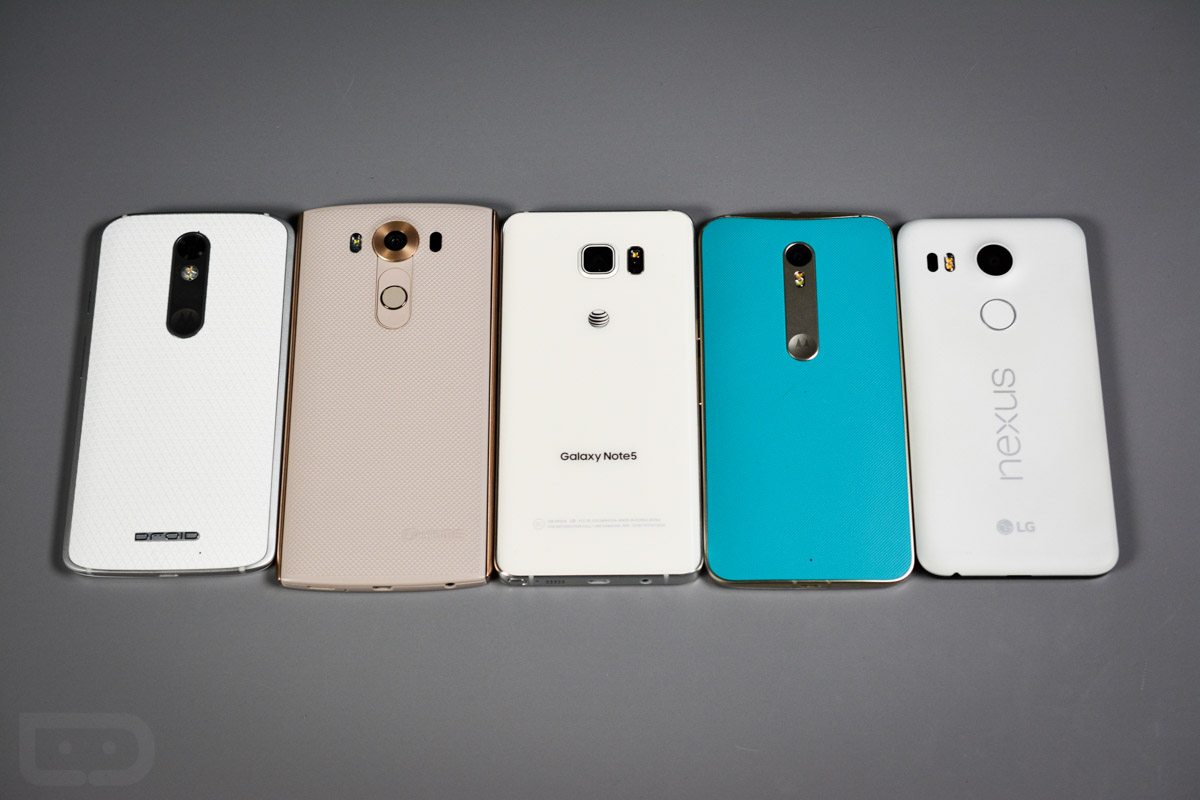 Do you feel that the Android smartphone market is oversaturated?

K:  Not really. There are choices, but most phones still have an identity that helps them stand on their own. I’m sure investors and manufacturers probably think it is, because none of them can make any money. But for consumers, you have more choices of great phones than ever.

T:  There are a ton of different phones, but I wouldn’t define the market as oversaturated. From the consumer standpoint, it can be good and bad, as someone who does not follow all of the blogs can easily get lost in the mix, but if you are an informed buyer, then you know what is good and what you should stay away from. Because of this, I suggest that you recommend Droid Life to all of your friends and family, just to be sure everyone is informed on the best devices.

R:  Yes and no. It’s oversaturated with a lot of phones that are essentially the same, but I think there’s also still room for someone to do something really different with hardware if they wanted to.

K:  I doubt they will, but I wouldn’t mind Samsung getting another crack at it. Their designs have come so far and were so refreshingly premium in 2015, that I’d love to see stock Android on their hardware. Think about another Samsung phone with on-screen buttons, stock Android with fast updates, and that metal and glass body. Oh boy.

T:  My bet is on Huawei, but I would like to see Samsung or HTC, I guess. A Nexus phone could really help pull HTC from the dumps, I think. And Samsung, its hardware has been stellar as of late, so couple that with vanilla Android and you are golden.

R:  I think Huawei did a really great job. I wouldn’t mind seeing them do something again. 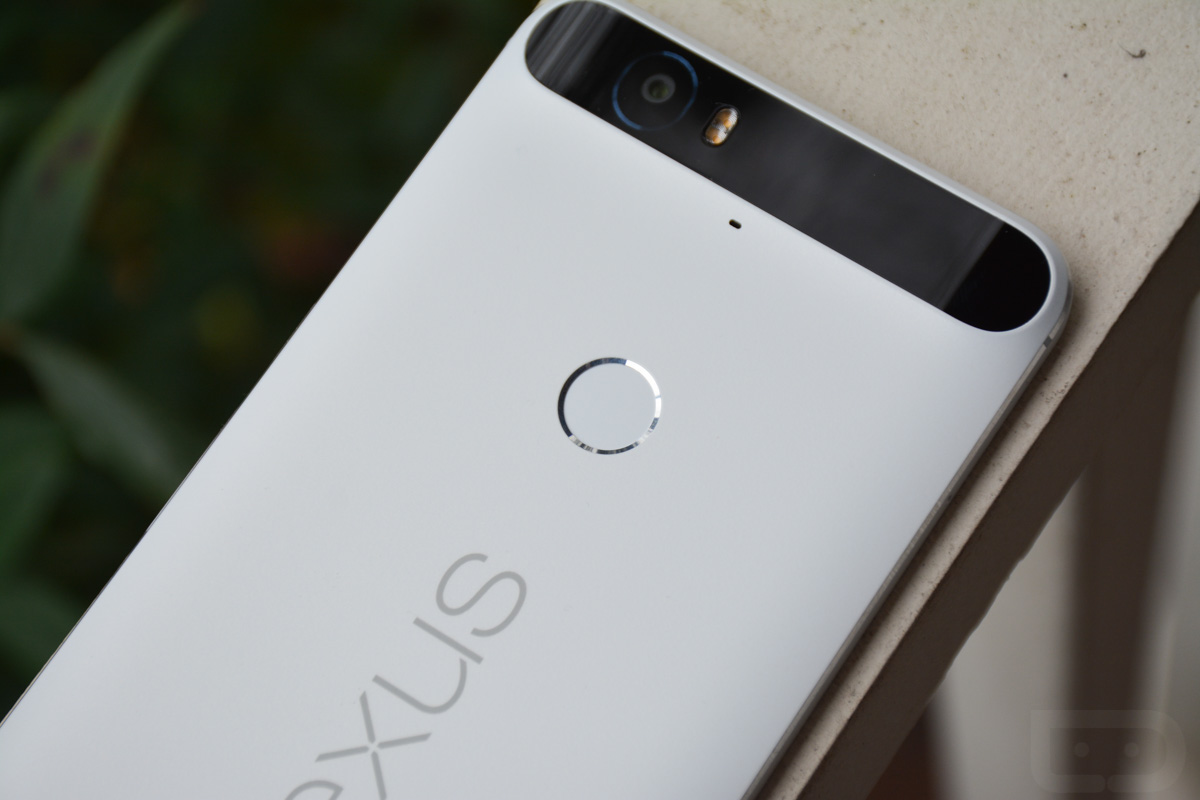 Super Bowl. What are your predictions?

K:  Wouldn’t mind seeing Peyton go out with another ring. Otherwise, I guess the Cardinals would be fine. But it’ll probably be Brady vs. Newton and I’ll just do something else on that day.

T:  The Panthers vs. Cardinals game is the Super Bowl for me. Whichever team from that game wins, they will also win the actual Super Bowl against the Patriots. To clarify, I have either the Cards or Panthers winning Super Bowl 50 against the New England Patriots.

R:  Owlcats all the way.

Star Wars: The Force Awakens. What are your thoughts?

K:  It’s one of the few movies I’ve seen in recent years where I left and immediately had like 20 questions that needed answers. And I don’t say that in a bad way, because I know those answers will come. I think that’s what’s so exciting about it. We basically just got teased on what could end up being some really fun shit. I also need to see it again…like now.

T:  Man, what a movie. For me, it completely and almost effortlessly encapsulated the magic that is the original Star Wars trilogy. It was funny, cute, and at times, totally bad ass. The effects were portrayed very well, and like everyone else, I must see it many more times before its digital and hardcopy release. I can’t wait to see how Darth Jar Jar plays into this plot! If anyone wants to listen to an hour-long podcast of me ranting about Star Wars, just let me know, as I’d be happy to oblige.

R:  I loved it. Were there flaws? Sure, but I think the overall strategy of placing new characters in familiar themes was great. I can’t remember the last time I was excited to see the next Star Wars movie. The Force Awakens helped establish that the galaxy is different and the same in all kinds of ways, but I’m most excited to see these new characters grow and transform. 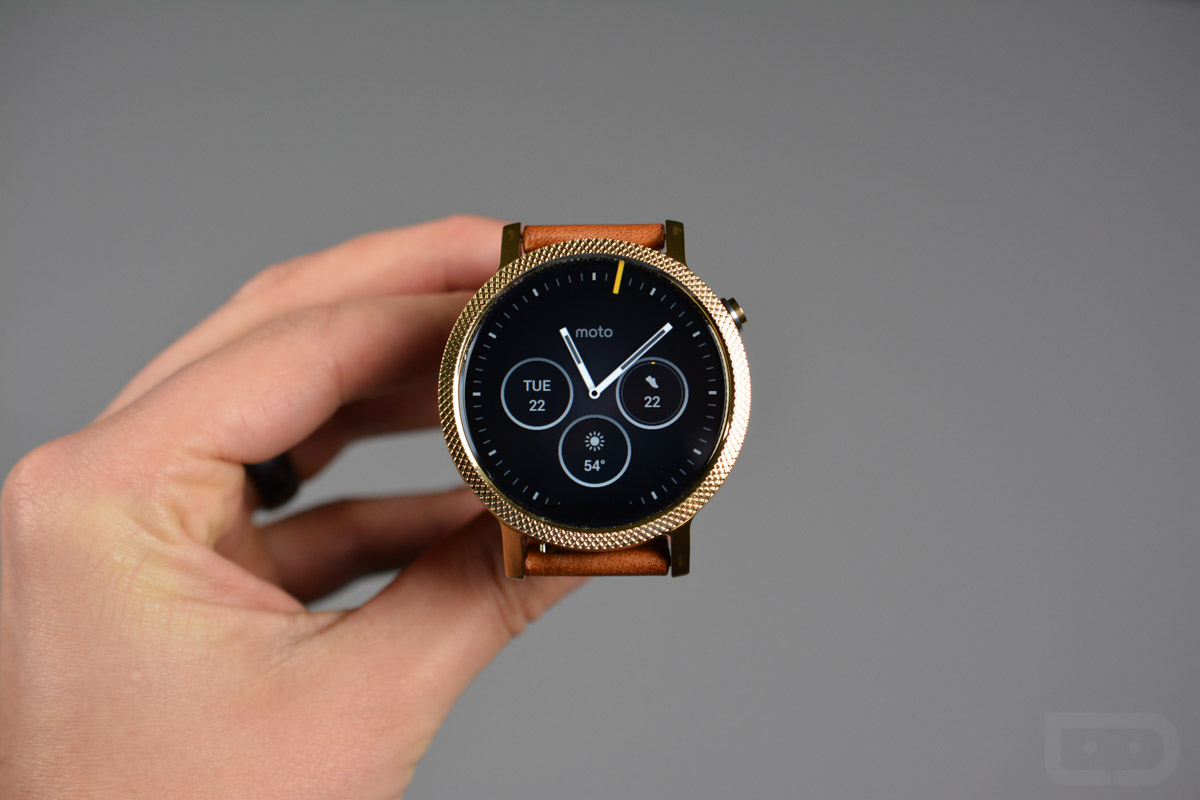 K:  Hopefully that stupid flat tire goes away. Otherwise, at this point, do we really need one? Until we get some new tech that will help batteries last longer or make smartwatches smarter, I just don’t see the need for an upgrade. All Motorola did with the new 360 was add modern internals and polish the design. Nothing else really changed. And this current version should still be plenty fast and good for the next year and beyond.

T:  I expect a flat tire. If it wasn’t gone for 2nd Gen, there’s no way they remove it for 3rd Gen. As for design or anything like that, I don’t expect much to change. Moto, in my eyes, have made the best looking Android Wear watches, so hopefully that design team wasn’t fired due to the Lenovo acquisition. Darn you, Google.

R:  Probably more of the same unless Lenovo wants to really change things up. I’d love to see a fully round display instead of the flat tire, but aside from that I think Moto has one of the best, if not the best, looking Android Wear watches. Obviously I’d love to see Wear itself improve, but that’s not in Lenovo’s hands.

Why are you so against Android tablets?

K:  They just don’t fit into my life whatsoever. My phone has a big enough screen to consume everything in one hand. If I want to read, I’ll grab a real book. If I want to watch a movie, I’ll use my TV. If I want to game, I’ll use my phone with its big screen or a console. A tablet sure as hell isn’t powerful enough to take the place of my computer or laptop. I just don’t understand the point of them. The only thing I use them for, is to watch movies on long flights.

T:  Why are you not against Android tablets? C’mon, they suck! Yes, in certain situations, like on a long drive or a plane ride they can be useful, but at home, they serve basically very little purpose. I can do all of these things on my phone, and really, there are no special apps for tablets that are must have. They seem to be very under-supported from developers, which is probably my main gripe. iPads have a ton of exclusive apps that all seem pretty useful, but on Android, we got nada, zilch, zero, no sweet tablet apps. If you know of an app that should only be used on a tablet, please, let me know in the comments.

R:  I’m not against them myself. I think if someone wants to use a small Android tablet for reading and browsing the web and games that’s fine. Even a big tablet is ok, but a lot of apps aren’t optimized for that larger size.

Should we have lower expectations of Moto in 2016?

K:  Yes. This year could be a disaster, unfortunately. I hate to say that, but Lenovo has fully taken over and we just don’t know what that means yet. They fired a bunch of Motorola’s important staff to try and make things more efficient. I’ve heard from employees who wish to remain anonymous, and they don’t have great things to say. The people they have worked with for years and developed products with are gone and were hired immediately by competitors. It doesn’t sound like they can keep up with software updates and are sick of hearing about it, knowing that the cuts are the reasons for all of our recent complaints. It’s sad, honestly. It makes me angry at Google, heh.

T:  If you were somehow hoping that Lenovo’s acquisition would somehow help Moto, you got another thing coming. While I don’t expect the brand to completely fade in quality or offerings, I also don’t expect the company’s phones to somehow be any more or any less magical than what we have already seen. They provide good hardware, stock Android, and that will unlikely change due to Lenovo’s involvement. But to answer your question, no, I don’t think you should lower your expectations any more than they might already be. At one point, Motorola was producing awesome smartphones on American soil, and now, that’s all gone. If you are not already upset, then nothing Lenovo can do will make it any worse.

R:  Lower than we’ve already had? Moto has consistently come out with a phone with decent design, good minimal software, and a terrible to mediocre camera. I’ve never been impressed with Lenovo’s phone offerings, so I can’t say I have high hopes for good changes for Moto.

What is your all-time favorite Google product?

K:  Probably Gmail, even though I don’t use it anymore (I use Inbox, which is made by the Gmail team). But it truly revolutionized email. It’s so much smarter and better than every other email service by miles. It also continues to improve with Labs features. What would we do without Gmail?

T:  Google Search has to be the correct answer, right? I enjoy many of their products. I love Gmail, YouTube, Search, Android, and the list goes on. But I think the top product they have is and always will be Google Search.

R:  Search. It changed the world in more ways than we often realize.

Check out all of the past DL Q&A Sessions here.