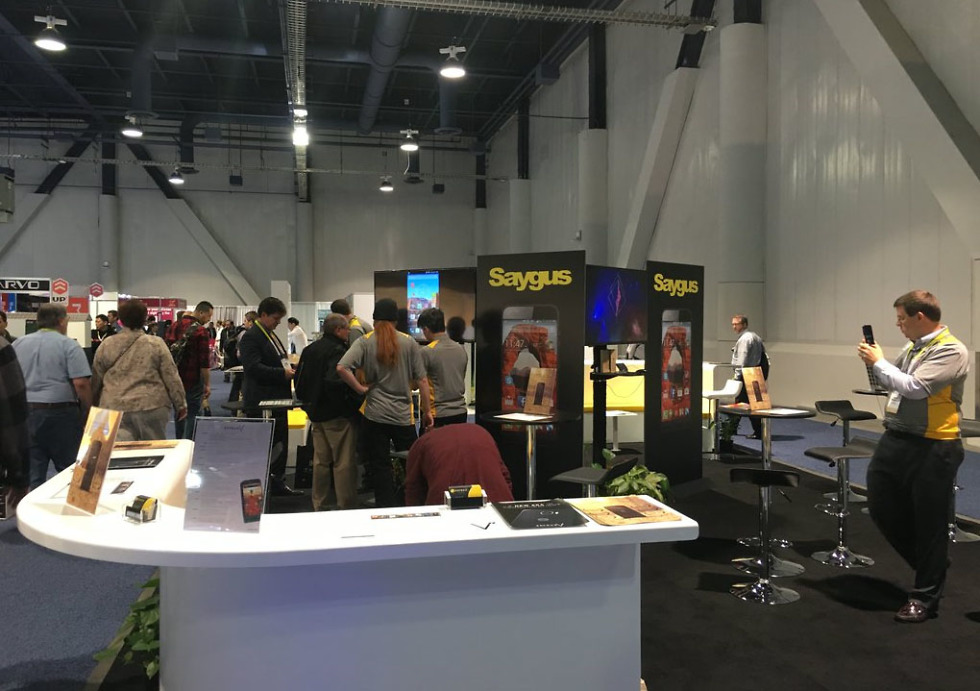 The Saygus V2 or V-Squared is back in the news this week, unfortunately. I don’t really have much to say about it, other than we met with them at CES and came away shaking our heads at the disaster that they have become since announcing their phone at last year’s CES. Honestly, we didn’t bother reporting on our meeting because we sort of decided to not even talk about this laughable company following their shady as hell Indiegogo campaign and 2-day, slap-in-the-face-to-backers, VIP party at E3 this past June. Not only that, but their main broseph, Chad Sayers, wasn’t around at the time we stopped by their booth and their lone PR rep wasn’t willing to just open up about how bad the past year has been.

But yesterday, they took to Twitter to basically say what they told us at CES, along with some other details. The main takeaway is that the phone is supposed to ship in Q1. It won’t, but that’s the new timeline. Rather then spend much time on this, here is a bulleted list of what’s going on for those who for some reason, have not canceled and asked for a refund.

I honestly don’t know if we’ll ever talk about this company again.