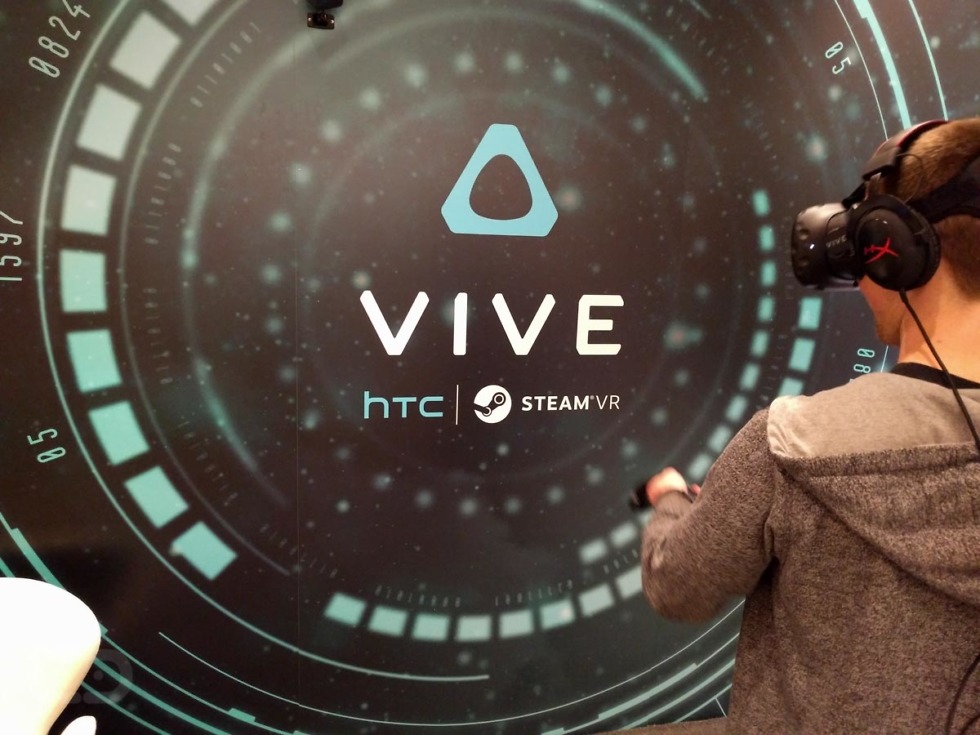 We already know that HTC intends to launch Vive, its VR system, in early April. We also know HTC’s CEO said pre-orders are going up on February 29. Yet, even with all of that, we still have no confirmed information on how much Vive will cost, or exactly what someone needs inside of their computer at home to make it run smoothly at 90 frames-per-second. However, the latest report out of Taiwan may have spilled the beans on pricing, and if you were hoping for a somewhat reasonable pricing scheme from HTC, you may be gravely disappointed.

According to Focus Taiwan, who cites foreign brokerages, the Vive VR System from HTC could launch with a price tag of $1500, pricing itself way above the competition. To compare, Oculus Rift, the closest thing to Vive, will cost $599 and is available for pre-order right now.

If the price does in fact stay at $1500, let’s discuss why this may be. It is still unclear what will come with the Vive package, at least in terms of hardware. At this point, custom Oculus controllers for Oculus Rift won’t be available until later in 2016, but HTC could market Vive as a complete package, including the headset, a set of two controllers, and a standalone motion sensor for whatever room you install Vive in. As we found out at CES, for complete motion tracking, you will need two sensors, but if you intend to only use Vive while sitting, you will need just one sensor. If you opt for Rift, they ship a Xbox One controller, sensor, remote, and cables with the $599 package.

In addition, Vive will also come shipped with integration to SteamVR, granting gamers access to the latest titles as soon as they are made available on the service. Does this access cost a few hundred dollars extra? I wouldn’t think so.

Before we go raising pitchforks and lighting torches, we will need to wait for HTC to confirm its pricing decision. If the report is true, is $1500 simply too expensive for Vive to penetrate the ever-growing VR market? I would say so. For anyone looking to get deep into VR, Rift is essentially the same machine, at a much lower cost. Yes, Vive has a few perks (front-facing camera, for example), but the overall experience won’t differ enough to justify a price increase of over two times that of Rift.

Keep in mind, your computer probably can’t even run VR in its current shape, so be ready to buy a new graphics card when the time comes.

Via: G for Games | Focus Taiwan

Edited title to “could” as the body of our article and the source article states.