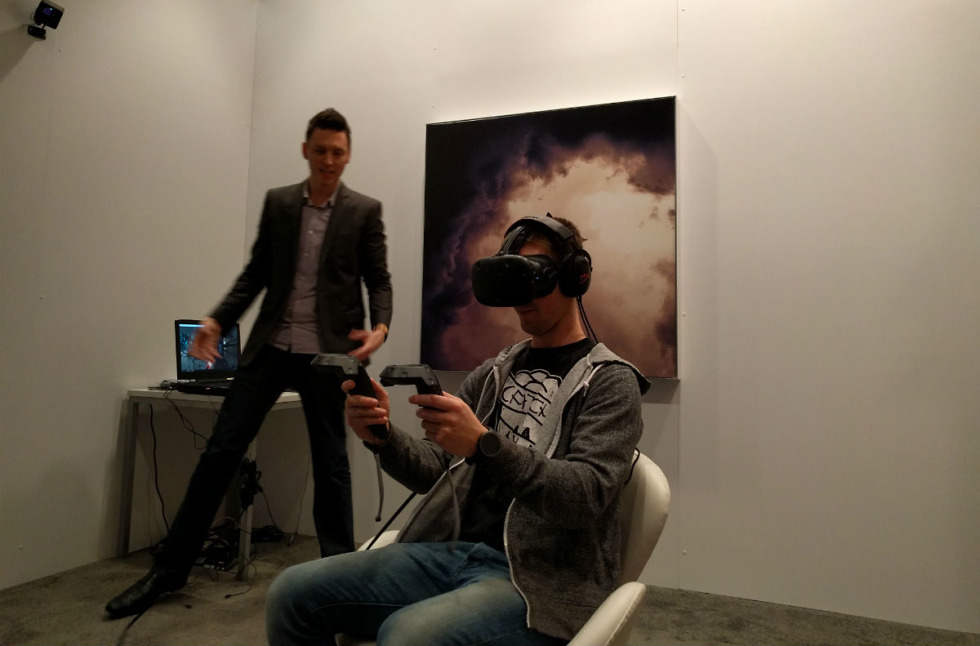 After a full week of demos at CES, HTC’s CEO, Cher Wang, has confirmed to Telegraph that the Vive VR System will go up for pre-order on February 29. It was previously announced that a general launch is set for April 1, but even with this information, there is still a lot we don’t know, such as pricing and complete technical requirements.

We were finally able to get our hands on Vive after months of hype from tech media, and while the experience was very cool, I didn’t leave with the notion that I needed it in my house anytime too soon. They say the future of gaming is VR, and it most certainly might be, but only for a few. According to NVIDIA, only one single percent of the world’s computers are capable of handling the power needed by these next-gen VR systems, so unless a large group of people in the world plan on upgrading to $1,000+ machines soon, 2016 may still not be the year VR takes the world over.

For those with no intention on upgrading machines solely for VR purposes, there are other options coming from PlayStation and Oculus, as well as the already available Google Cardboard and Samsung’s Gear VR.

HTC has yet to announce the exact technical requirements for Vive, but we have learned you will need a very powerful graphics card, such as an option from NVIDIA, to have it run at a smooth 90 frames per second.