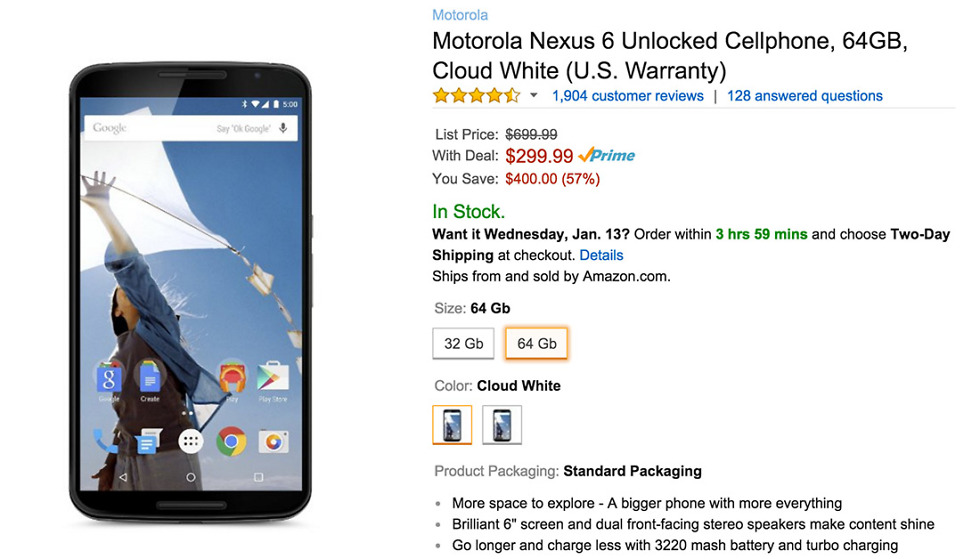 Didn’t take advantage of the waves of Nexus 6 deals that popped up prior to the holiday shopping season? That’s cool, only because you still have a chance to land one at a ridiculously low price.

Amazon is selling the 32GB model (both white or blue variants) for $249 and the 64GB model for $299. Again, as I’ve said a half-dozen times – this phone originally retailed for $649. And yes, it’s still a heck of a phone, especially at that price. It has the latest version of Android before all other non-Nexus phones and will continue to for a long time to come.