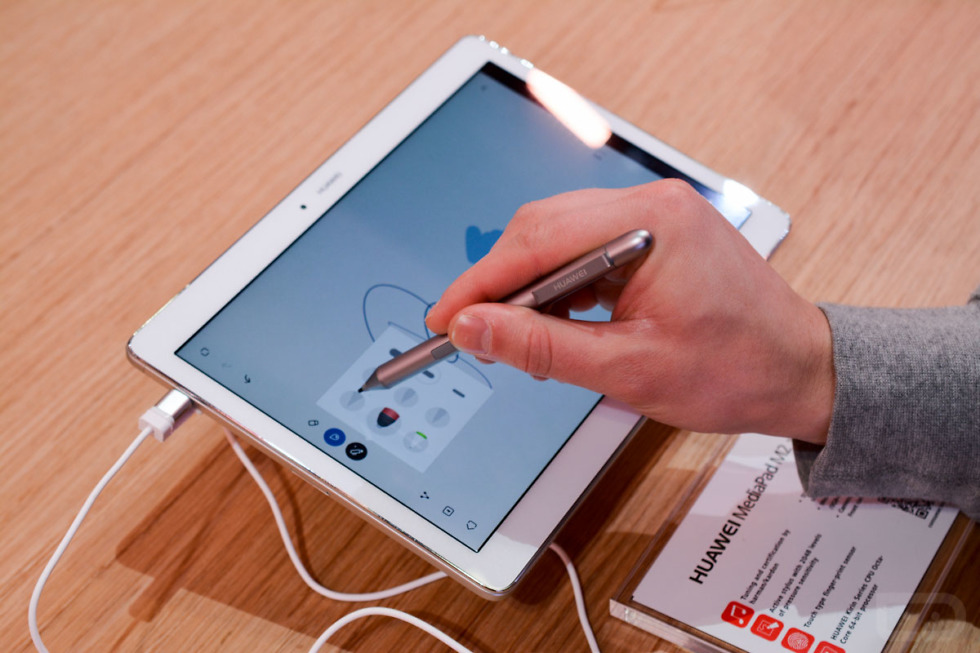 Huawei announced the MediaPad M2 10 yesterday, so we stopped by their booth here at CES to spend a bit of time with it. It should arrive in the US during Q1 as a WiFi-only unit priced near $349, though Huawei tells us the pricing information we saw yesterday could change before launch.

We – obviously-  only spent a few minutes of time with it, but the Kirin processor seems plenty fast as does the UI. Huawei does use a pretty heavy iOS-like skin on top of Android, though, so that’s something one would have to get used to should they jump into this tablet. But you’ll find multi-window, massive amounts of customizable settings (like swiping to move the navigation buttons around), all of Google’s apps, fingerprint reader, advanced audio, and a really solid build. Oh, some markets will also get a stylus, like the one seen above.

Overall, the MediaPad M2 10 seems like it could be a really great tablet. Of course, you need to be the type who finds a tablet useful to care, but should you fall into that category, and assuming the price locks in close to what was mentioned yesterday, this could be a steal. 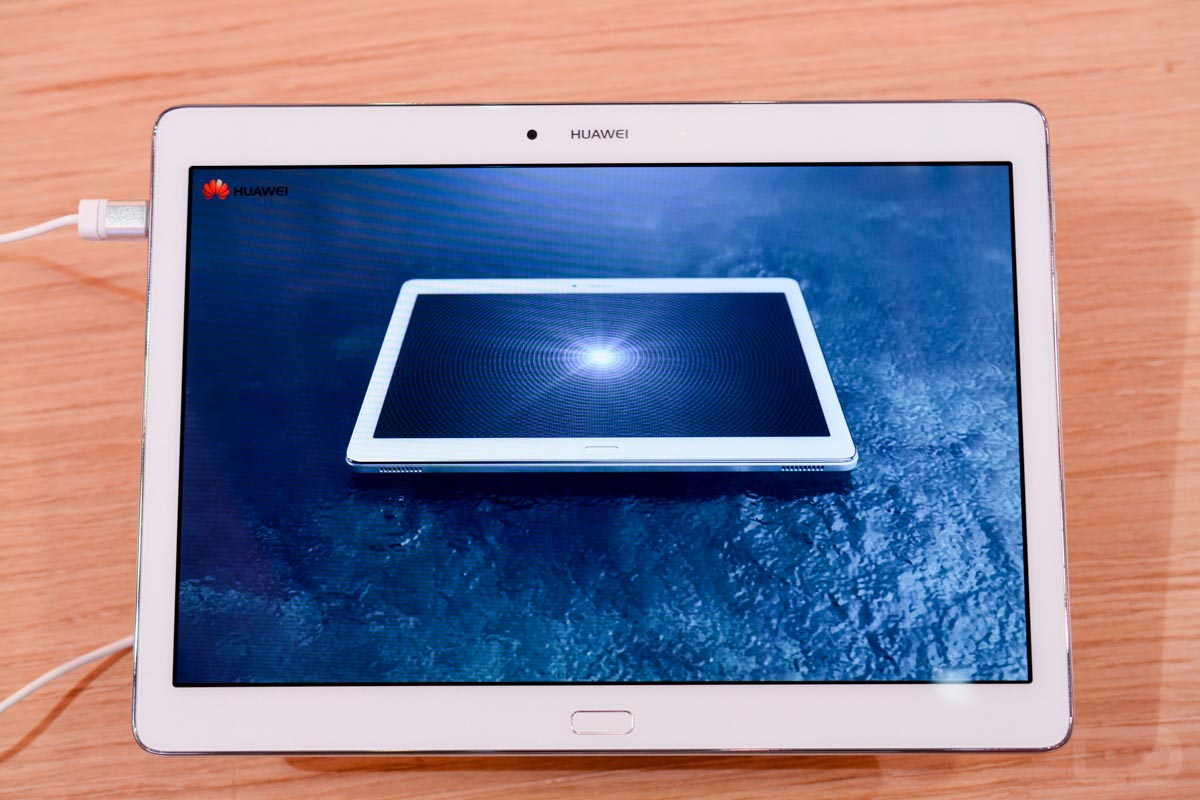 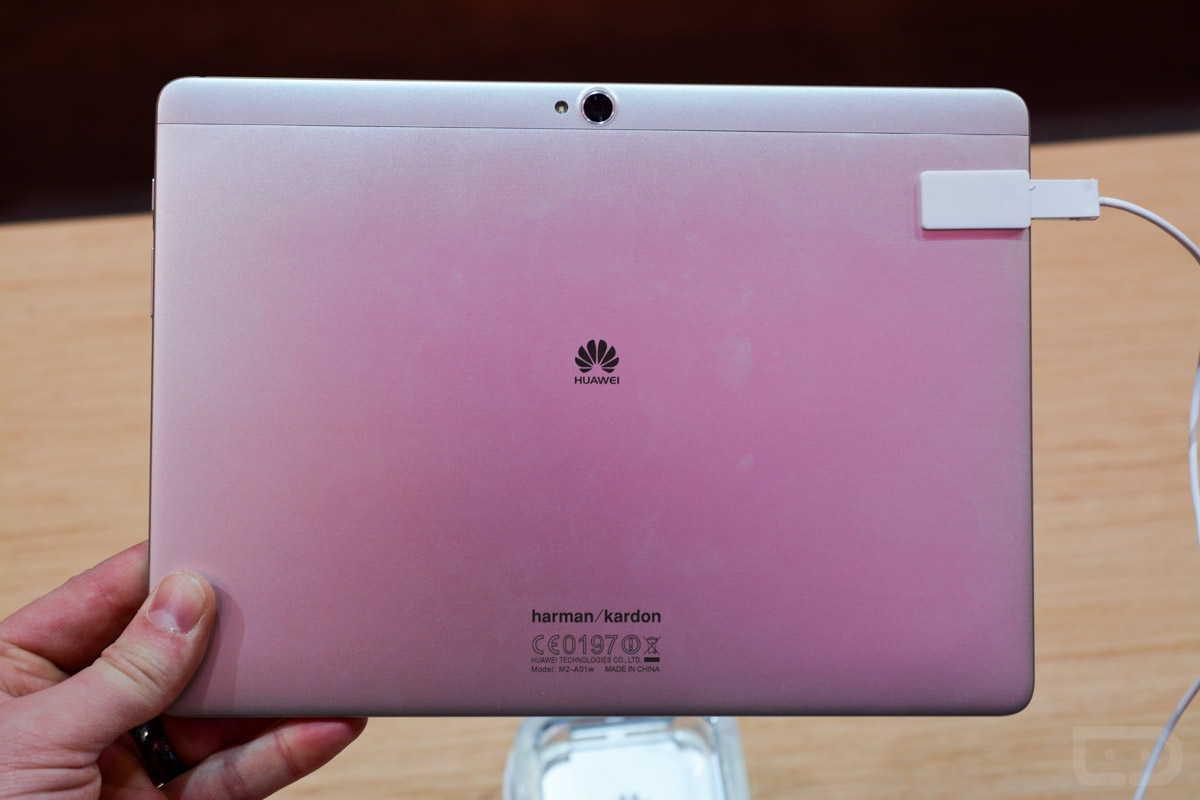 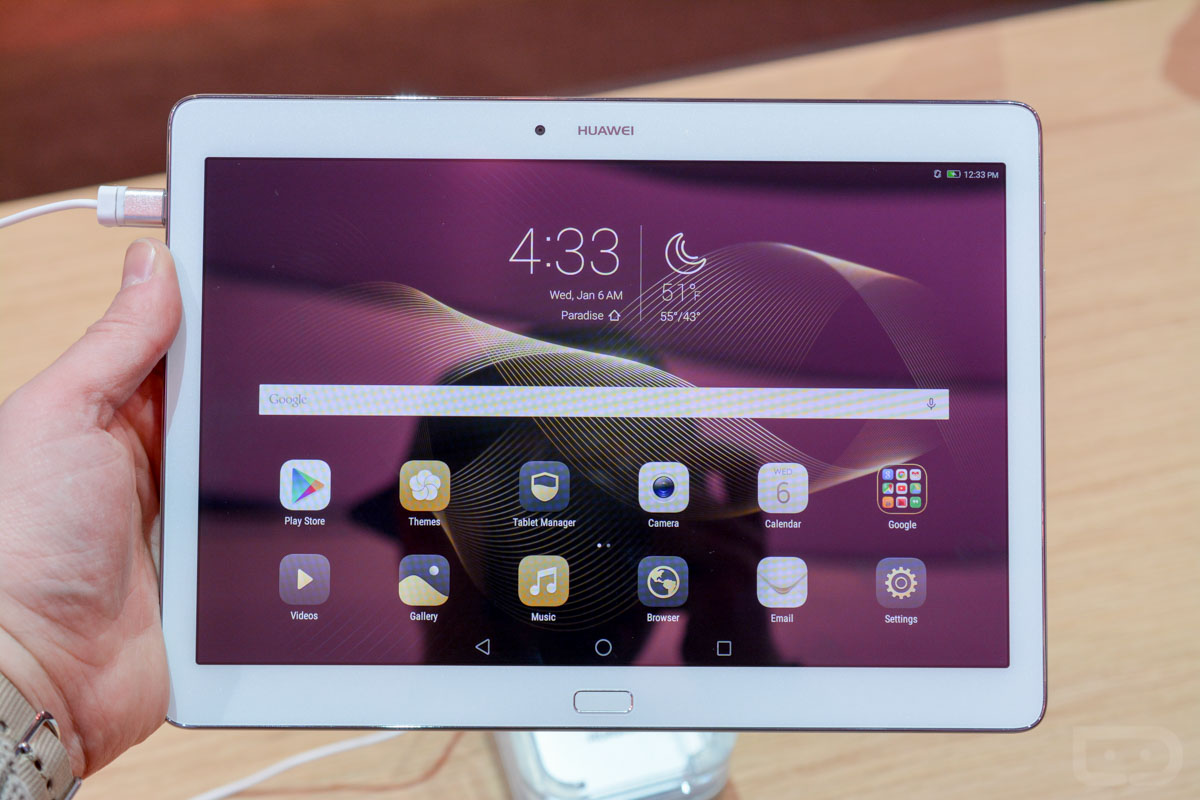 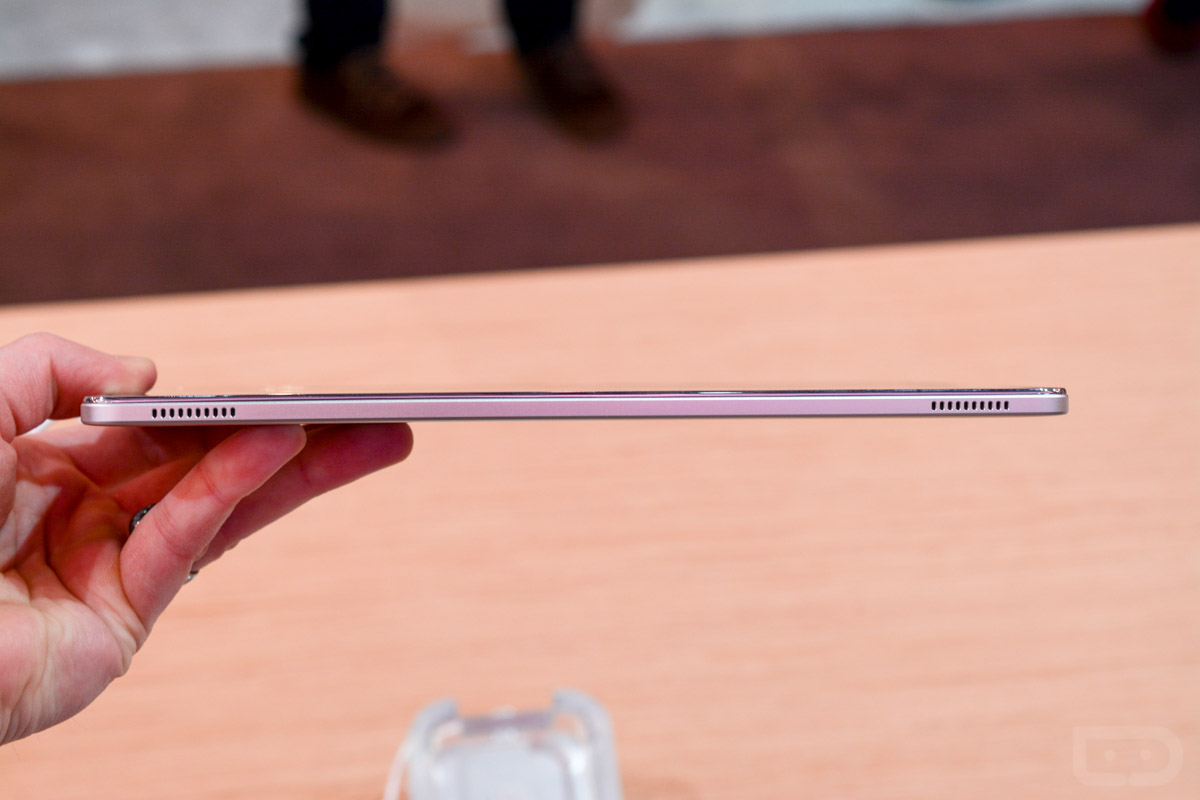 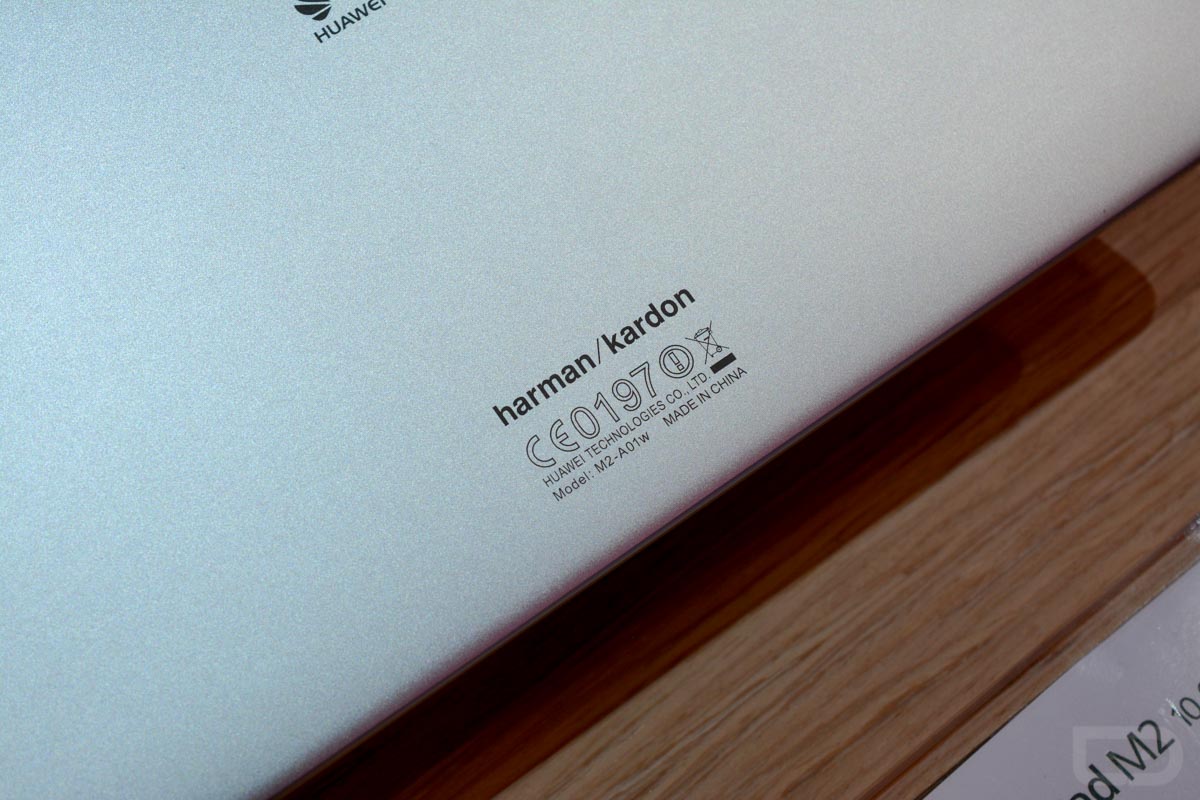 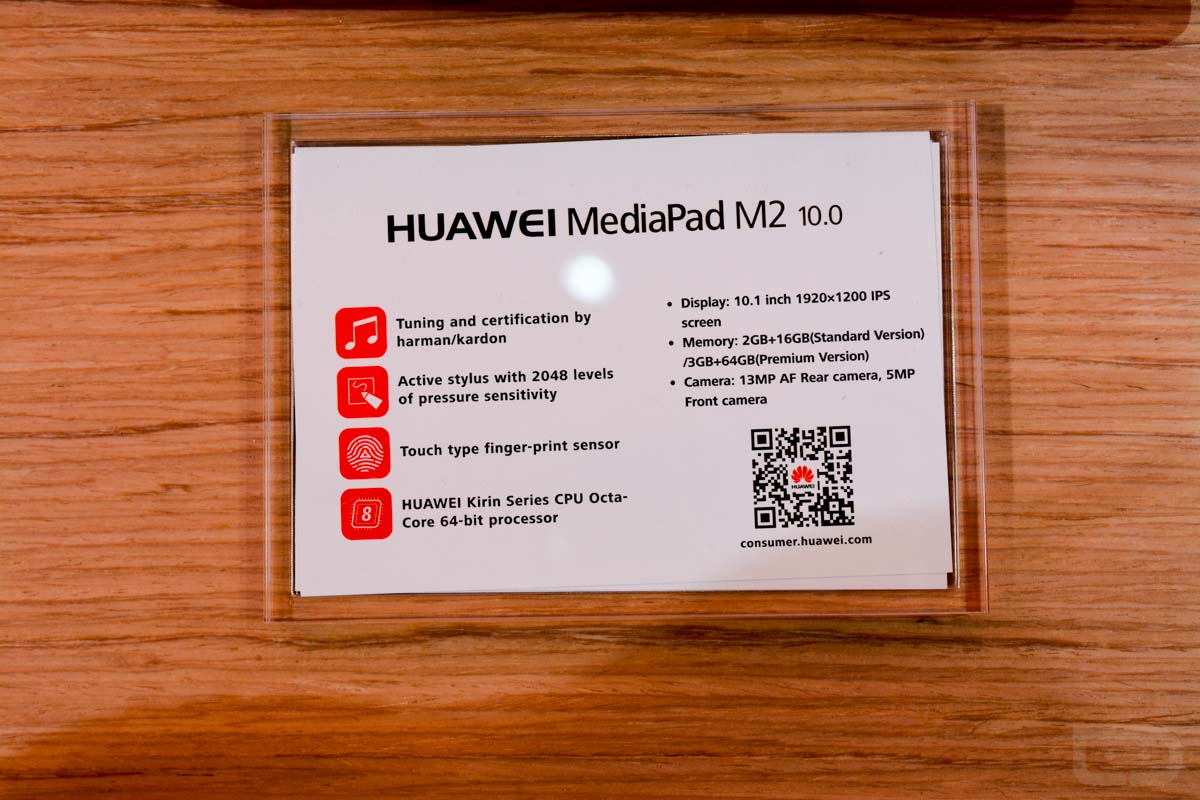