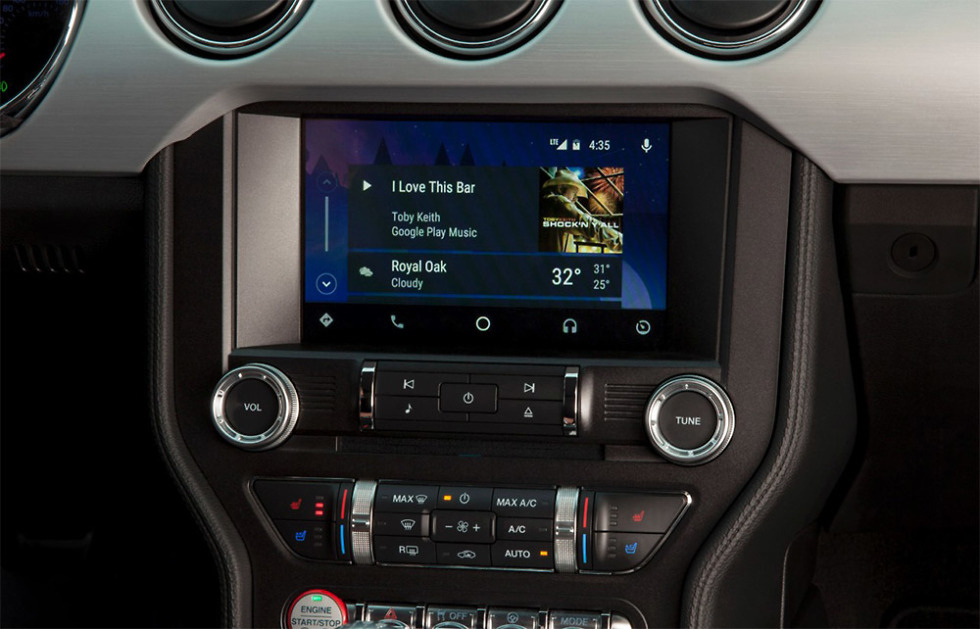 After doing its best to ignore Google and Apple’s attempts to enter its cars, Ford is giving in and will add Android Auto and CarPlay to its 2016 and 2017 line-up of rides that are equipped with SYNC 3, their newest infotainment system. All of its 2017 cars will arrive with Android Auto and CarPlay out of the gate (again if they have SYNC 3 on board), while its 2016 models with SYNC 3 will have the option to upgrade.

Ford is essentially admitting that you shouldn’t be choosing a $40,000 car based off of its infotainment system by going this route. In other words, even though they would rather you use their system, they needed to give in and add Android Auto and CarPlay, because that’s what some people are going to want and they (obviously) don’t want you ignoring them because their cars lack functionality of others.

Ford also announced today that many of their cars will have 4G LTE on board, which gives car owners features like remote start, unlocking of doors, fuel level checks, or parked vehicle locating via their smartphone.